A council have launched a crackdown on homeowners that dump rubbish outside their homes – by threatening them with huge fines. Greenwich Council have released images of two households that let rubbish pile up so high in their front gardens the windows were blocked. Both houses which saw the small gardens overflowing with rubbish were […] 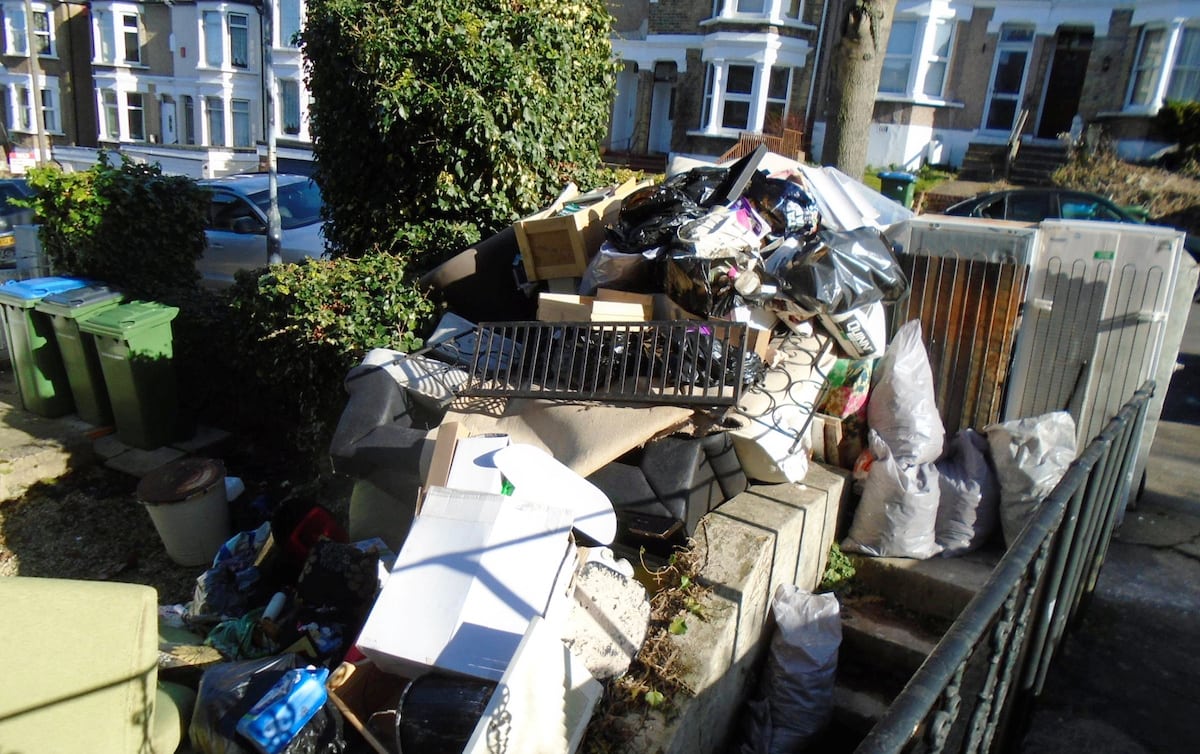 A council have launched a crackdown on homeowners that dump rubbish outside their homes – by threatening them with huge fines.

Greenwich Council have released images of two households that let rubbish pile up so high in their front gardens the windows were blocked.

Both houses which saw the small gardens overflowing with rubbish were in the same London borough.

The rubbish was piled so high residents could barely see the windows of the ground floor.

After receiving complaints from neighbours, Greenwich Council sent notices, which warn that messy front gardens could land them with a fine of up to £2,500.

In cases where the owners cannot be traced, the warnings are put on a written notice on the premises, and council staff can clean the rubbish themselves and bill the owner.

Group or organisation can be fined up to £20,000 for not cleaning up mess if Community Protection Warnings are issued.

The front gardens of the two homes in Plumstead and Woolwich, south east London, were cleared shortly after the notices were sent through their letterboxes.

Councillor Jackie Smith, cabinet member for community safety and environment, said: “The threat of a fine or prosecution did the trick to get rid of these two eyesores which had become blights on their streets and the neighbourhood.

“It is incredibly disrespectful to neighbours and the community to use a front garden as a rubbish tip.

“The Council will use all its powers to get people to clean up gardens or open space they are responsible for including serving Community Protection Notices.

“We are warning people that if they breach the requirements of a CPN it’s a criminal offence.

“This action is part of our borough wide campaign to have the cleanest streets in London. Having clean and tidy streets has a major impact on everyone’s quality of life.”