The former Newsnight presenter highlighted the role of Sir Robbie Gibb who was appointed to the BBC board by Boris Johnson. 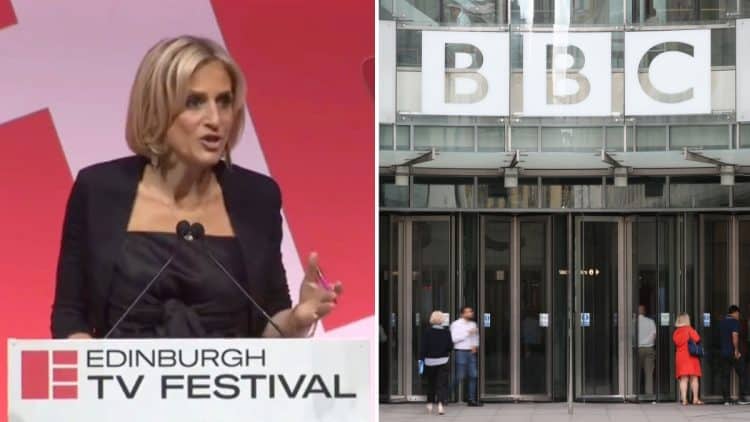 Emily Maitlis sensationally claimed that there is an “active agent of the Conservative Party” on the BBC’s board who is shaping the broadcaster’s news output by acting “as the arbiter of BBC impartiality”.

The former Newsnight presenter highlighted the role of Sir Robbie Gibb, who previously worked as Theresa May’s director of communications and helped to found the rightwing GB News channel.

Last year he was appointed to the BBC’s board by Boris Johnson’s government and has since influenced a series of ongoing reviews of the broadcaster’s editorial output.

Maitlis also raised concerns about the BBC’s relationship with the Conservative government, saying the broadcaster went out of its way to “pacify” Downing Street after she criticised Dominic Cummings for his breach of lockdown rules during the pandemic.

The presenter said the corporation’s bosses panicked after Maitlis told Newsnight viewers in 2020 that Johnson’s former aide had “broken the rules” and “the country can see that, and it’s shocked the government cannot”.

She added: “It was only the next morning that the wheels fell off. A phone call of complaint was made from Downing Street to the BBC News management. This, for context, is not unusual.

“What was not foreseen was the speed with which the BBC sought to pacify the complainant. Within hours, a very public apology was made, the programme was accused of a failure of impartiality, the recording disappeared from iPlayer, and there were paparazzi outside my front door.

“Why had the BBC immediately and publicly sought to confirm the government spokesman’s opinion? Without any kind of due process? It makes no sense for an organisation that is admirably, famously rigorous about procedure – unless it was perhaps sending a message of reassurance directly to the government itself?

“Put this in the context of the BBC Board, where another active agent of the Conservative party – former Downing Street spin doctor, and former adviser to BBC rival GB News – now sits, acting as the arbiter of BBC impartiality.”