Academics across the country are on strike due to planned pension reforms, which they claim will leave them in financial strife later in life. Students joined their lecturers holding mass walkouts across 57 universities up and down the country. Thirteen more days of strike action are expected to take place until Friday 16 March. The University […] 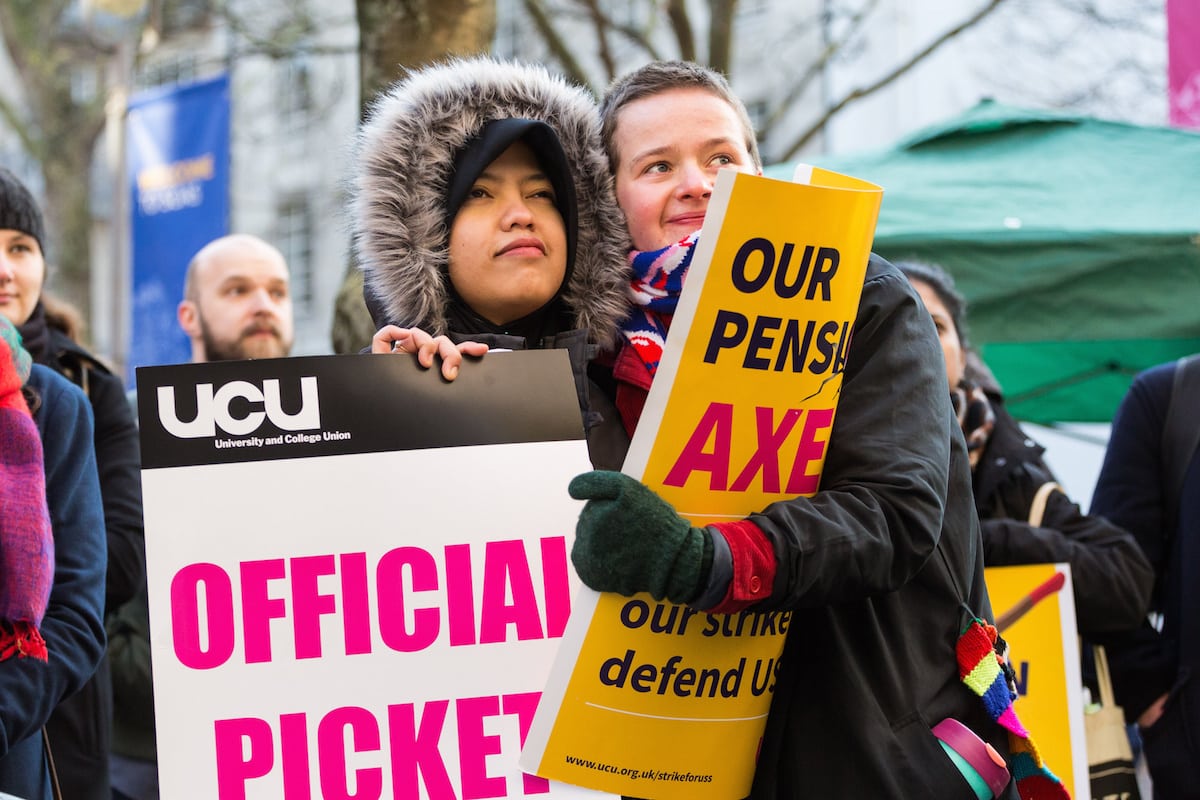 Academics across the country are on strike due to planned pension reforms, which they claim will leave them in financial strife later in life.

Students joined their lecturers holding mass walkouts across 57 universities up and down the country.

The University College Union (UCU) has argued that the current proposals would leave a typical lecturer almost £10,000 a year worse off during retirement.

However, the employers’ group Universities UK says the scheme has a deficit of more than £6bn which it cannot ignore.

A spokesman for Universities UK said: “This industrial action is targeted at students. It will be young people and the next generation of students who will also suffer if their education deteriorates because employers are forced to make cuts to pay more into pensions.”

UCU general secretary Sally Hunt said: “We have been calling for talks for weeks either directly or through Acas, so if UUK are willing to now meet without preconditions with a view to resolving this dispute this good news.”