Despite the official Government advice that schools should remain open, some have reported up to a third of staff are off sick or self-isolating. 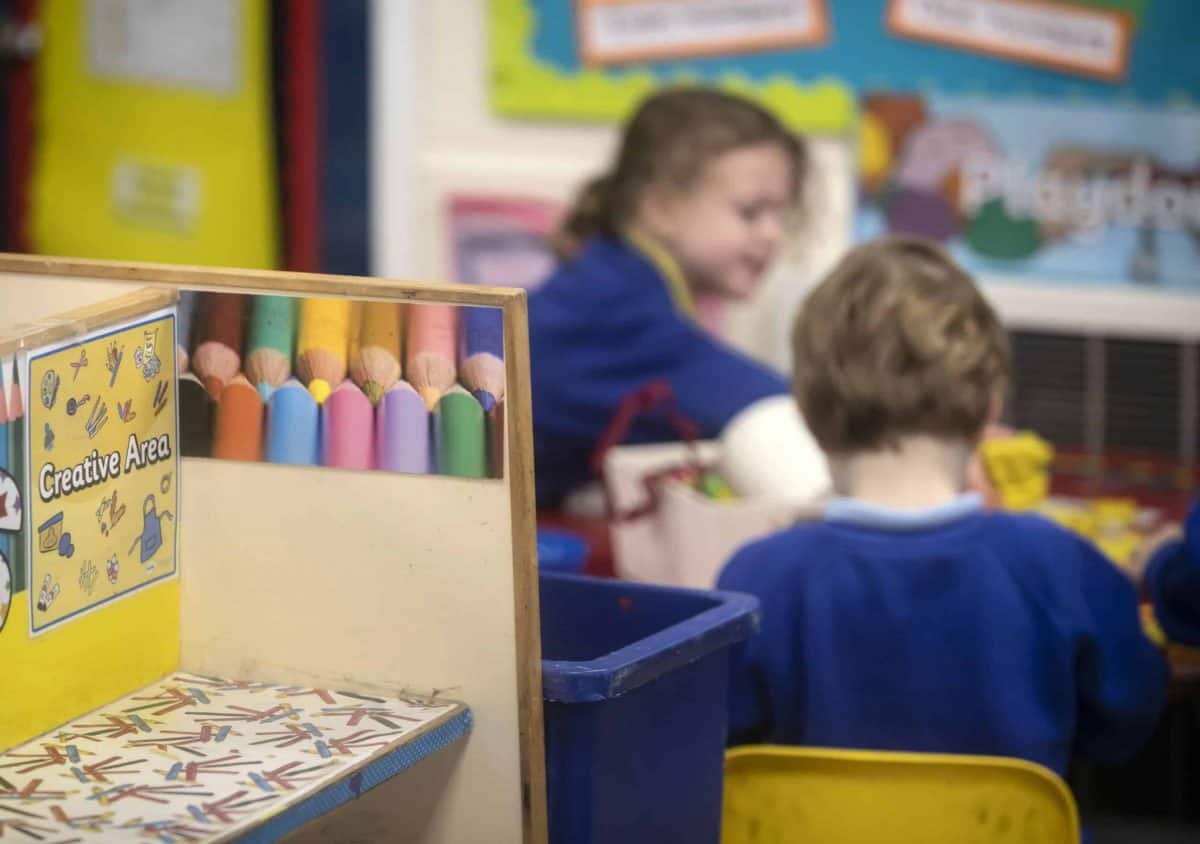 Some schools across the country have had to shut their doors after teachers forced to self-isolate due to coronavirus left them with unsafe staffing levels.

Despite the official Government advice that educational institutions should remain open, some schools have reported up to a third of staff off sick, or self-isolating because of Covid-19.

Open Academy in Norfolk has shut its doors, with a statement on the school’s website saying: “Following Government advice regarding coronavirus, we have made the difficult decision to temporarily close Open Academy to keep our community safe.”

A number have partially closed, with entire year groups working from home, or only remain open for the children of frontline workers.

The Chantry School in Worcestershire has seen a 70% drop in pupil attendance this week, with a number of staff also off.

Head teacher Andy Dickenson told the PA news agency: “We have not closed but we are in a really difficult position as we have employer responsibility, as well as a responsibility to our students.”

The school, which has 760 students aged between 11 and 16, has been building online learning provision for students staying at home.

Mr Dickenson said: “We are going to end up closing by decision or default – our staffing levels are slowly decreasing.

“I do think a really important decision needs to be made about the academic year, whether or not to delay.

“The Government needs to give clearer advice because it does feel like a lot of this has been delegated to head teachers.”

Among those staying partially open is Four Lanes Infant School in Basingstoke, which has closed its reception class to all students, except those whose parents work for emergency services, including police, fire and medical workers.

Kempsey Primary School in Worcestershire will also remain open to help parents who may otherwise not be able to find last-minute childcare.

However, more than a third of “at-risk” staff have been sent home today.

The school has seen a 30% attendance drop and is now operating on a skeleton staff.

Head teacher Bryony Baynes said: “We are staying open not just for frontline workers, but also for the single parent on a zero-hours contract who can’t take unpaid time off.

“However, there has been no support from the Government, and I am really hoping the decision will be taken out of my hands. I hope Mr Johnson will actually do his job and tell us when to close, whether that be Friday or next week.

“At the moment, we are working in the unknown and that is the most stressful thing. We don’t even know if we are coming back after Easter.”

As part of the Covid-19 Emergency Bill, the Government retains the power to keep schools open or relax some requirements around educational legislation.

He said: “We are very concerned about the content of the Bill and its potential implication for schools.

“Over the last week, teachers and school leaders have played a leading role in the response to this national crisis, and they stand ready to continue to do so. In order for that response to continue to be effective, the Government must work with the profession.

“It is hard to see how these measures could even work in practice. If there are not enough healthy teachers to run a school, the powers to compel it to open seem entirely irrelevant. Taking powers that are unenforceable is at best pointless, and at worst potentially counter-productive.”

Geoff Barton, general secretary of the Association of School and College Leaders, told PA schools are facing an “extremely difficult situation” with large numbers of staff away from work.

He said: “Yesterday, we were hearing that the number of staff away was between 10% to 20% in many schools, and it is likely that this will increase today and as time goes on.

“This is making it difficult for schools to remain open, and a number of schools have already instigated partial closures in which they send some year groups home. This is likely to become more commonplace, and we will also increasingly see full closures.”