"People across the UK have said loud and clear: we want to welcome them, with open arms. Just as we welcomed refugees of other conflicts in the past," the Lib Dems leader said. 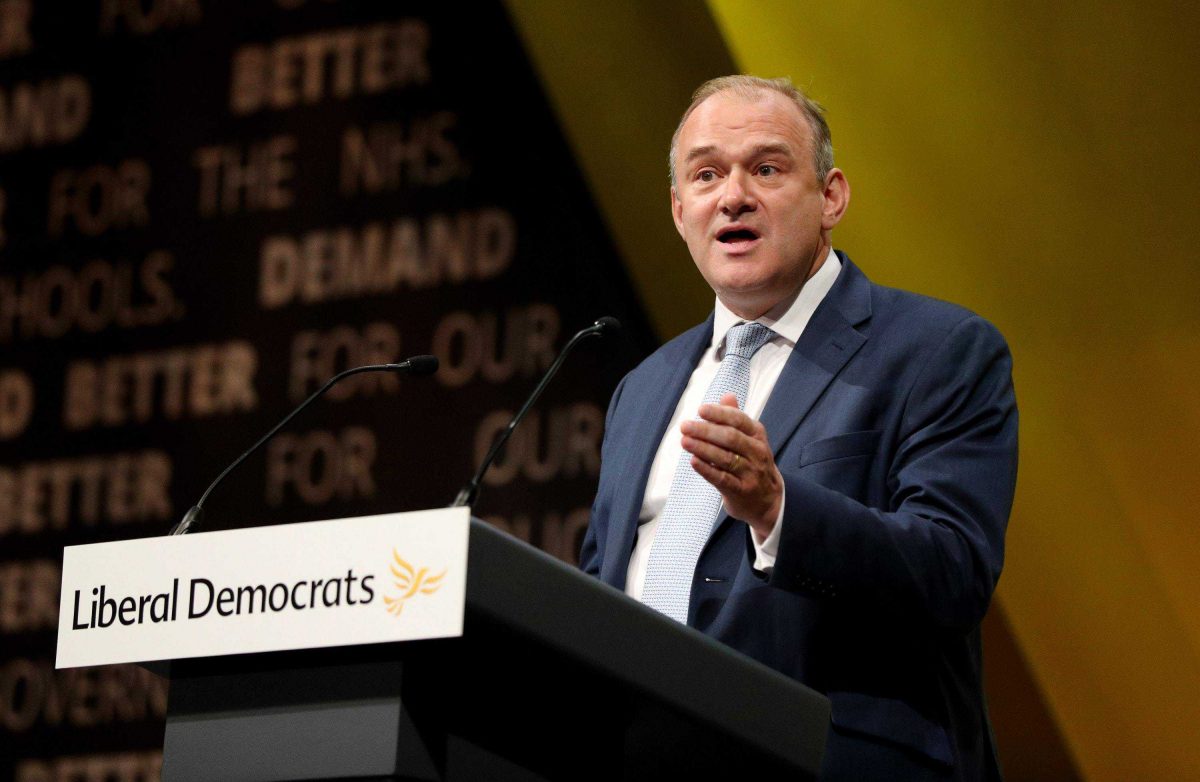 The Lib Dems leader has urged Boris Johnson to sack Priti Patel over the Home Office’s handling of the Ukrainian refugee crisis.

In a speech at the party’s spring conference on Sunday, Sir Ed Davey said the Home Secretary’s response to the “humanitarian catastrophe” has been “utterly shameful”, PA news agency has reported.

WATCH: Patel’s response ‘does not befit our United Kingdom’

It came as the government announced details of a new scheme to help people fleeing the Russian invasion.

Levelling Up Secretary Michael Gove said “tens of thousands” of refugees are potentially set to benefit from the new route, with the first expected to come the UK “in a week’s time”.

The government has been criticised over the speed and scale of its efforts to bring people fleeing the war to the UK, with access previously limited to those with family members settled in this country.

On Tuesday, minister Kevin Foster confirmed 500 visas had been issued and the Ukraine family scheme had received more than 10,000 applications since its launch the previous Friday.

Gove said on Sunday that “more than 3,000 visas” have now been issued, up from the 1,305 figure given by Home Office minister Baroness Williams of Trafford on Friday, correct as of Thursday morning.

Sir Ed alleged that Patel’s response “does not befit our United Kingdom, with its proud history of providing sanctuary to those in need”.

“Her inaction does not befit the British people, with all our compassion and generosity,” he said, adding: “So Boris Johnson must sack her, now.”

A government spokesperson said: “The Home Secretary this week announced changes that will make it simpler and quicker for those fleeing Putin’s barbaric war to come to the UK, while balancing national security considerations given the real and varied threats we face.

“Since 2015, the UK has resettled more refugees through safe and legal routes than any other European country. Under the Home Secretary’s tenure, the Home Office has welcomed the final of the 20,000 refugees from Syria, 20,000 Afghans and 97,000 Hong Kongers. The facts just do not support these accusations.”

In a previous statement, the government said: “We are standing shoulder to shoulder with Ukrainians, which is why we’ve made it easier for those with valid Ukrainian passports to come here. This is alongside changes to visas to ensure Ukrainians in the UK can stay here.

“We have expanded our visa application capacity to 13,000 a week, deployed additional staff across the EU, with a 24/7 helpline in place to ensure those who need appointments can get them to come here. This allows us to balance security risks while welcoming those in need.

“A new sponsorship route, which will allow Ukrainians with no family ties to the UK to be sponsored to come here is also being brought forward and all the measures we’ve put in place follow extensive engagement with Ukrainian partners. We will keep our support under constant review.”