“Those standing with puffed chests about ‘getting Brexit done’ have yet to say or show how the UK might benefit." 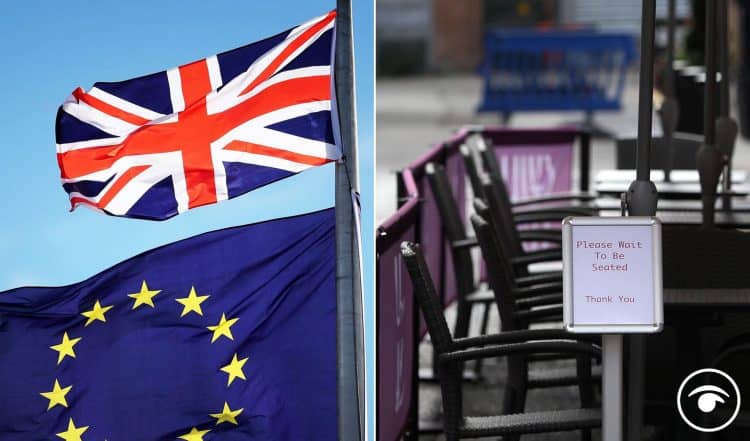 A hotelier said Brexit has created ‘impossible’ situation for the industry – and denied it access to a much-needed labour force in Scotland.

Paddy Crerar, who founded and chairs Crerar Hotels, said he is more ‘furious’ every day over short-sighted Brexit and the drive to take the country out of the European Union.

He said there is not enough people in the country for the work that needs done without immigration.

Mr Crerar said an inability to find enough staff, rather than a lack of demand, had meant the luxury group of hotels had to run ‘light on occupancy’ last year.

And he warned others in the sector would ‘fold or, at very least, shrink’ as a result of Brexit.

Mr Crerar said: “I find myself more furious by the day on how predictably short-sighted it was for those who chose to ignore simple obvious facts and the inescapable consequences of the ‘get Brexit done’ decision to halt migration.

“There never was a position, certainly in Scotland, where EU workers were taking jobs or undercutting the wages of the indigenous UK labour pool.

“The fact was, and remains, that we simply don’t have enough people in our country for the work that needs done without immigration.

“The UK Government stance on pushing encouragement for unemployed people to relocate ‘where the work is’ is child-like in its simplicity – seeking families and communities to abandon what little they may have in their home environment without any sort of provision to support them to do so is wasted words given only as sound bites.

“With pockets of exceptions, locally, Scotland had an effective zero unemployment rate.

Lord of the flies

“The Highlands and Islands in particular found sourcing labour and specifically seasonal labour a near-impossible task before Brexit.

“Now, post-Brexit and following the return home of most of the EU workforce, across the UK it’s now impossible in true terms to source enough labour – skilled or unskilled – to deliver on the services businesses like ours must provide to be a success.

“Our hotels ran light on occupancy last year not through lack of demand but simply as, irrespective of wage levels offered, we were unable to employ enough people to fully run each business – an experience that we in the hospitality sector have all cried tears of real frustration over.”

Mr Crerar flagged the importance of growth in the labour force amid the recovery from the pandemic.

He said: “Without labour force expansion, standing still and holding ground is now the challenge when the natural instinct of business and the economy should and must be to look for growth.

“Sure, Crerar Hotels will innovate in every way it can and frankly we are paying whatever it takes to make sure we have people committed to our business.

“We are lucky – we prepared and built resilience for Brexit but we know that many of our hospitality colleagues didn’t or couldn’t.

“These businesses will fold or, at very least, shrink with the grim and genuinely unwelcome reward for the survivors being, maybe, a chance to find displaced employees willing to join a survivor’s team.

“We are now living within a ‘Lord of the Flies’ policy or a form of quasi-economic cannibalism – that can’t be good for anyone, even the survivors.

“Those standing with puffed chests about ‘getting Brexit done’ have yet to say or show how the UK might benefit.

“Their infuriating chants are classic ‘bruhaha’ distraction tactics to mask the obvious damage that has been caused and continues to be caused to business in the UK, particularly Scotland – and, more specifically, hospitality.”