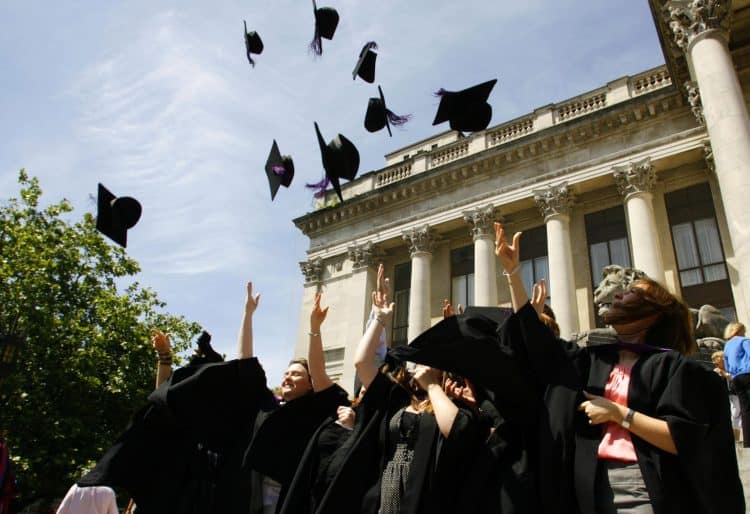 University graduates will have to pay more for their student loans – and could still be paying them off well into their 60s – under new government plans.

Ministers will lower the repayment threshold from £27,295 a year to £25,000, while the length of time over which graduates have to continue paying back their loan is likely to be increased to 40 years.

Outstanding student debt is currently written off by the government after 30 years.

The extension of the repayment term means many graduates will still be repaying their loans when they approach retirement.

Martin Lewis, the MoneySavingExpert founder, said that most graduates would still be repaying their loans “into their 60s”.

The longer repayment term will come into effect for students starting courses from September 2023, with the lower salary threshold hitting graduates from 2026-27.

Altogether, the changes mean graduates will pay up to £13 more per week in 2027-28 compared to today.

Lewis said: “The plans will see most university leavers pay far more for their degrees over their lifetime than they do now.

“It effectively completes the transformation of student ‘loans’ for most, into a working-life-long graduate tax.”

He told the i that the changes would leave “most who start uni straight after school still repaying it into their 60s”.

Lewis continued:  “Since 1991, the cost of further and higher education has been effectively split between the individual and the state. Now the pendulum will again swing sharply towards the individual, who will pay substantially more for their education.

“The government’s own data shows the state’s contribution to student loans will drop from 44p in the pound to 19p under the new system.”

“So to anyone who finishes school this year and plans on taking a gap year to start in 2023, it’s worth having a think. For most, starting this year will save you thousands of pounds over your working life compared to delaying.”

‘Protecting the past not building the future’

The plans were also criticised by Torsten Bell, chief executive of the Resolution Foundation think-tank, who asked: “What kind of country do we want to be?”

Writing on Twitter, he said: “25 years of politicians dancing around to avoid a graduate tax, but the 40 year repayment period means that is where we’ve ended up. High tuition fees mean it’s a high one.

“National Insurance rises and this equals the cost of our larger state being loaded onto younger workers.

“What kind of country do we want to be? We’re protecting the wealth of the old while stuffing the earnings of the young. We’re a country protecting its past not building its future.”

Michelle Donelan, the minister for higher and further education, insisted the plans were “about having fairness in the system”.

“No students pays back in real terms more than they’ve borrowed, but we ask them to contribute more when they’re in a position to do so,” she said.