“There are hundreds of thousands of jobs in the UK that frankly British workers don’t want to do." 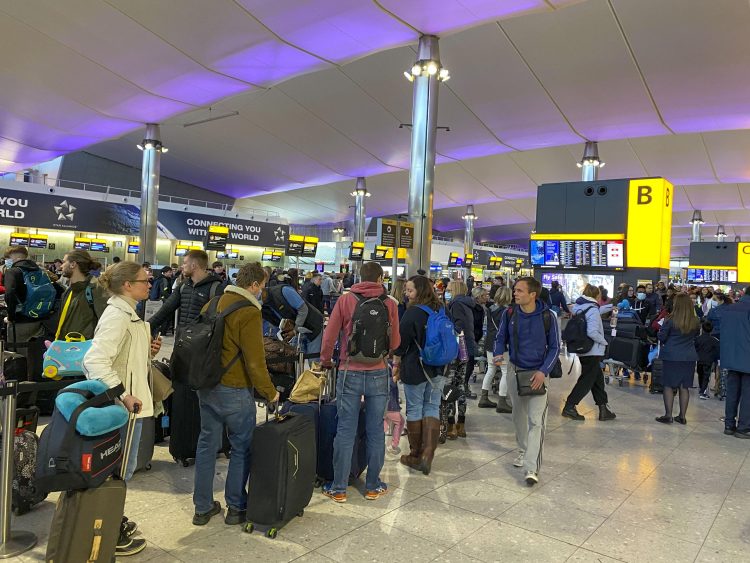 EasyJet reportedly had to turn down thousands of job applications from EU citizens because of Brexit.

The low-cost airline announced it had been forced to “proactively” cancel flights at Gatwick this week in response to a cap introduced by the airport.

The airline has cancelled dozens of daily flights at the West Sussex airport in recent weeks, including some when passengers were already on the plane.

It said it wants to “build additional resilience” as the aviation sector experiences “operational issues”.

These include air traffic control delays, staff shortages in ground handling and at airports, and increased times for identity checks of new recruits.

Last week the aviation minister, Robert Courts, told MPs on the business select committee it was “not likely” that leaving the EU played a part in the aviation problems.

But one interesting piece of information has come to light from the chief executive of EasyJet.

“We have had to turn down a huge number of EU nationals because of Brexit. Pre-pandemic we would have turned down 2-2.5 per cent because of nationality issues,” Mr Lundgren said. “Now it’s 35-40 per cent.”

Simon Calder tweeted: “Is Brexit partly causing flight chaos? No, says aviation minister: “It looks as if Brexit has little if anything to do with it.” But this morning the easyJet boss told me: “We have had to turn down a huge number [8,000] of EU nationals because of Brexit.”

Meanwhile, the boss of budget airline Ryanair has warned that flight delays and cancellations will continue “right throughout the summer” as airports suffer amid staff shortages.

Michael O’Leary, chief executive of Ryanair, said passengers should brace for a “less than satisfactory experience”, with flight delays due to last across the peak season and some airlines cancelling between 5 per cent and 10 per cent of flights.

He told Sky News this was “deeply regrettable”.

He said Brexit was compounding the disruption caused as demand ramps up after pandemic restrictions were lifted, with airports unable to hire workers from abroad to fill posts.

He said: “There are hundreds of thousands of jobs in the UK that frankly British workers don’t want to do.

“These problems will not be resolved until we start allowing people in to do the jobs.”