“Our health workers are dropping like flies – yet the Government and Public Health England still won't give them proper, FFP 3 protection. This is a year into the pandemic - it’s a disgrace." 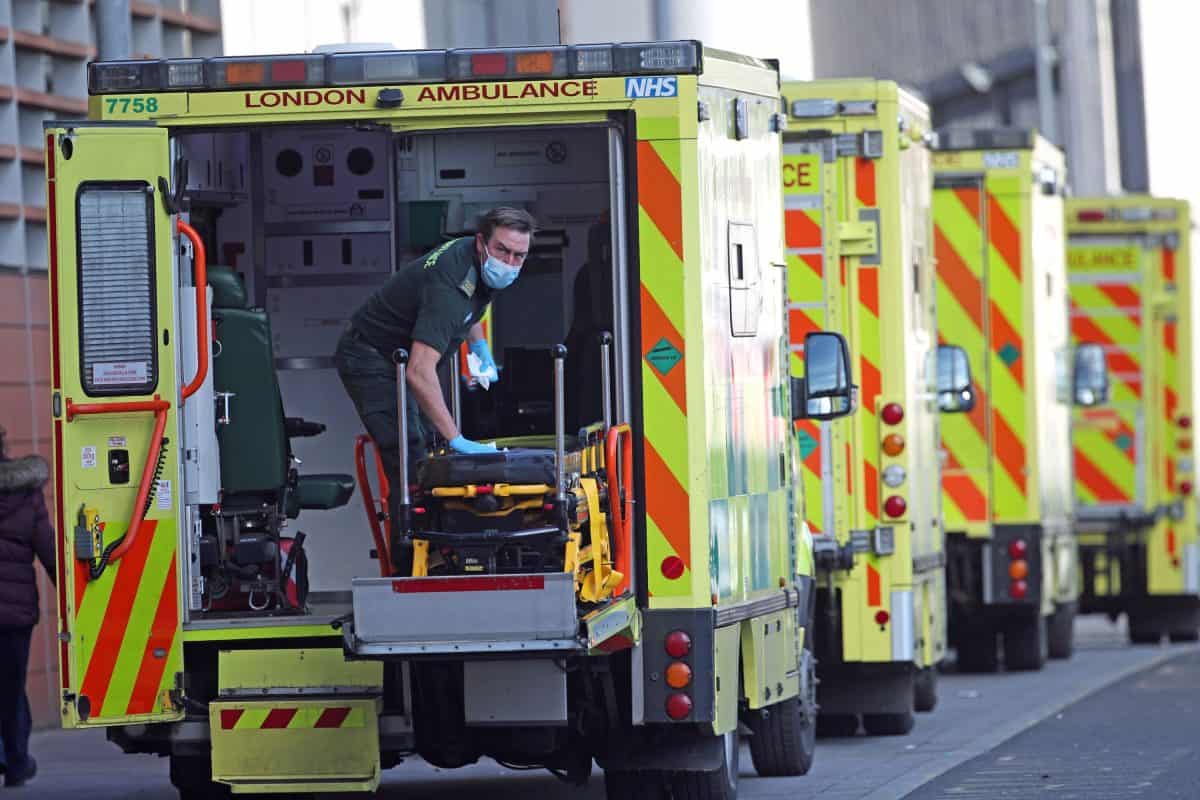 More than one in three ambulance workers has had covid-19 according to a new poll by GMB Union.

Almost 30 per cent of ambulance workers who had covid said their symptoms were ‘really bad’ or ‘required medical attention’.

Across the whole NHS, 30 per cent said they had caught the virus with almost 60 per cent saying they passed it to a family member.

GMB is clear that poor PPE is to blame, and the union is calling on the Government and Public Health England to urgently review PPE guidance for health workers.

Ambulance workers report having to attend patients with flimsy gowns instead of proper PPE, nurses in hospitals working amongst Covid-19 patients say they are given only the most basic of surgical masks, while hospital trusts are not isolating and testing patients efficiently.

“This is a year into the pandemic – it’s a disgrace.

“Our paramedics, technicians and practitioners are expected to treat suspected coronavirus patients with nothing but a flimsy mask and a plastic apron.

“GMB has called for guidance to be reviewed since the start of the pandemic and unless ministers sit up and take notice, our health service will be overwhelmed.”

ICUs ‘still in the thick of it’

A senior medic has warned against easing lockdown measures too soon because hospitals are “still in the thick” of coronavirus infections.

Anthony Gordon, professor of critical care medicine at Imperial College London, said intensive care units were still “full to the rafters” and the public would have to wait longer for “relief”.

The Prime Minister on Friday also said it was “early days” to be considering releasing restrictions as Conservative MPs called for schools in England to return before the March 8 target date and for all measures to be dumped by May when all over-50s and the clinically vulnerable are expected to have been vaccinated.

The pace of the vaccine rollout, with almost 11 million people given their first dose jab, has brought hope that restrictions could begin to be scrapped, with some experts predicting that people could see friends and family as soon as March and newspapers reporting that shops could open in April, followed by pubs in May.

Speaking on BBC Radio 4, Prof Gordon said: “I think we’re all hoping that there is relief from all of this, from the lockdowns and so on eventually, but at the moment we are still very much in the thick of it for a little while longer.

“What I’m seeing is that we’re still extremely busy. We’ve expanded into these surge ICUs and they are still fully open and full with patients.”

With the Prime Minister due to set out his road map for reopening society later this month, the Sun reported that ministers are preparing to allow pubs to serve takeaway pints in April before fully reopening in May.

Meanwhile, the Telegraph said the prospect of dry pubs was being discussed as an option to allow bars to open their doors in April but Government sources were dismissive about the idea, asking what the “point” of a pub without alcohol would be.