Joel March, 36, admitted to snatching the money on April 23 but his sentencing was adjourned for psychiatric reports to be prepared 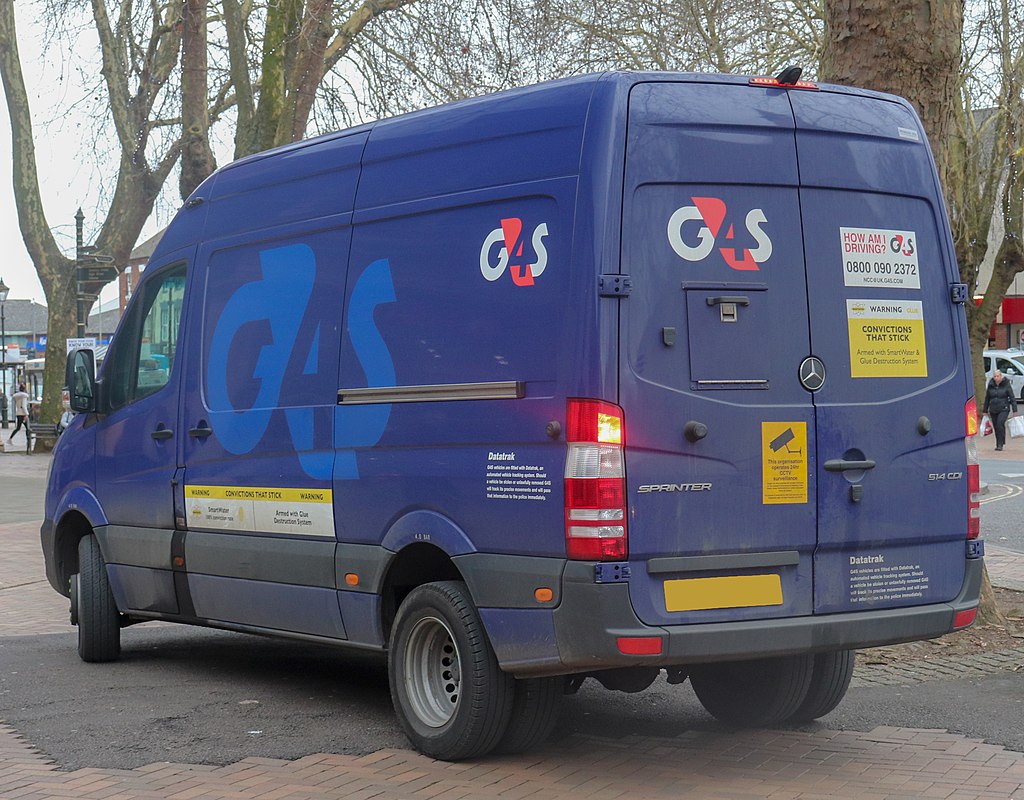 A driver who stole nearly £1million from a G4S security van splashed out £1,400 on sportswear and trainers the next day, a court heard.

Joel March, 36, admitted to snatching the money on April 23 but his sentencing was adjourned today  for psychiatric reports to be prepared.

The van was abandoned on a street in Clapham, south west London after March made off with £970,000

Inner London Crown Court heard around £880,000 is still unaccounted for despite the shopping spree on April 24.

March was arrested that afternoon and appeared the following day on April 25 at Camberwell Magistrates’ Court where he pleaded guilty to theft from an employer.

“The day after he committed the offence he went to JD Sports on Streatham High Street and spent over £1,400 on sportswear and trainers.”

Michael Hillman, defending, said he had learned his client had been sectioned three times in the past.

He said there was still ‘no explanation’ as to why March stole the money and applied for the sentencing hearing to be put off so he could be evaluated by a psychiatrist.

He did not speak during the brief hearing and wore a red vest over his dark green prison-issue jumper. March was bald but had a thick moustache.

Mr Agbamu said: “The defence are making an application for sentencing to be adjourned today for the preparation of psychiatric reports.

“The defendant has been suffering from various psychiatric issues over the past few years.

“They want to investigate a little bit further.”

“My instructions include that Mr March has been sectioned on three separate occasions and suffers with bipolar disorder.

“There is on the face of it no explanation for why he did what we know he has done.

“And I spoke with him this morning and my submission is that a psychiatric report should be obtained.”

It was also said that March may face prosecution for ‘concealing criminal property’.

Mr Hillman said: “I’m told by crown counsel that the Crown are seeking authority to prosecute for a further offence under the Proceeds of Crime Act – concealing criminal property.”

Judge Usha Karu agreed to adjourn the hearing and told March: “The next date you are required to attend for your sentence is the 26 July.”

March, of Clapham, south west London admitted one count of theft from an employer.

Pic – Not actual van from incident