Parliament heard today how Donald Trump’s official invite to the UK should be cancelled or otherwise the US President should face UK laws against incitement to racial hatred on arrival. The House of Commons reacted to Donald Trump reposting islamophobic tweets from far right islamophobic extremists Britain First today, and the President’s rebuke of the […] 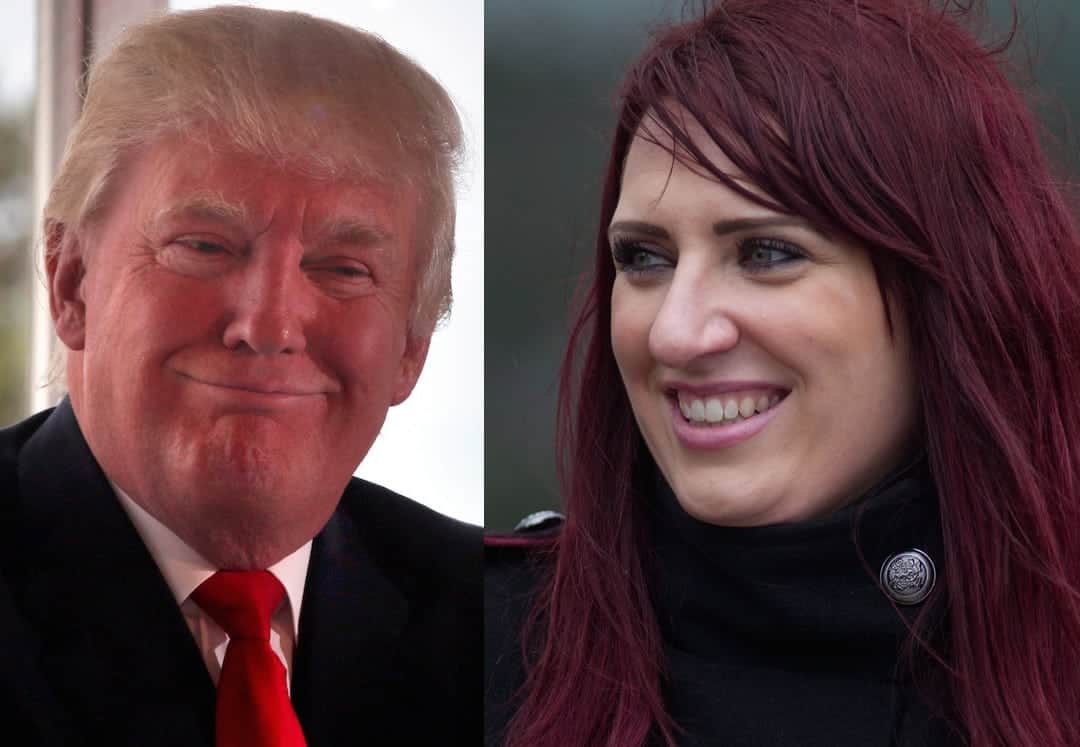 Parliament heard today how Donald Trump’s official invite to the UK should be cancelled or otherwise the US President should face UK laws against incitement to racial hatred on arrival.

The House of Commons reacted to Donald Trump reposting islamophobic tweets from far right islamophobic extremists Britain First today, and the President’s rebuke of the Prime Minister after in a rare condemnation of Trump, Number 10’s spokesperson had said Trump’s actions were wrong.

Trump had angrily hit back at Theresa May on Twitter, saying: “don’t focus on me, focus on the destructive Radical Islamic Terrorism that is taking place within the United Kingdom. We are doing just fine!”

Today parliament reacted to the growing row, and Newport West MP Paul Flynn insisted the full weight of British law should apply if the President visits the UK as planned.

UK Commons demands official visit of President of the United States be cancel or that race hate speech laws be upheld on his arrival, and that he be arrested.

“Two million people signed a petition of outrage when the President was given an honour that has never been offered to any other President, when he was invited to make a red-carpet visit to this country in the first month of his office,” said the Labour MP. “Since then, he has dangerously increased tension in every frozen world conflict that he has addressed. He has disgraced himself again and again, and he worries us because his impulsive finger is on the nuclear button.

“If he is allowed to come to this country now, he should be treated as anyone else who breaks the law, and charged with inciting racial hatred. The Government should withdraw the invitation.”

“If I am honest, I think the Home Secretary is missing something here. This was not an accident, and it was not stupid; it was deliberate and intentional. The evidence for that is that even after the Prime Minister said the President was wrong, he decided to stand by Britain First. I say to the Home Secretary that it is no good saying, “We’ve been robust.” The Government have been robust before, and it has not made the blindest bit of difference: he is a repeat offender, and this will go on and on. We cannot stand up to this kind of action and stand up to horrible racism—or pretend to do so—and then invite the man in through the front door.

Donald Trump had retweeted videos that Jaydan Fransen of Britain First posted with captions claiming Muslims pushed a boy off a roof, another purporting to show a Muslim destroying a statue of the Virgin Mary, and a third that said a Muslim immigrant beat up a Dutch boy on crutches.- The Dutch embassy in the US later said the attacker in the video was born and raised in the Netherlands.

"We cannot stand up to this kind of action and stand up to horrible racism—or pretend to do so—and then invite the man in through the front door.In the past, when she was the Home Secretary, the Prime Minister repeatedly said that homophobes and racists who stir up hatred in this country will not be allowed into this country, and that if they come to this country they will be arrested. That is what should happen in this case, and the Home Secretary knows it. Just say it!" – Chris Bryant MP

Posted by The London Economic on Thursday, 30 November 2017

This month she  was convicted of religiously aggravated harassment and she is also awaiting trial for inciting religious hatred and has also been charged over a speech she made in Northern Ireland.

For the past two days MPs from across the House of Commons benches have been demanding Home Secretary Amber Rudd react to the islamophobic tweets as she reacts to other hate preachers who have been spoke out about or banned from entering the UK.Yesterday when she refused to stand up and give a comment, there were shouts of “stand up” by outraged MP’s.

A US President has never had a full red carpet state visit to the Queen, but the Government offered the controversial President the unprecedented accolade within a month of being elected despite a fractious campaign. Today Amber Rudd thanked MP’s for their comments, condemned his comments, but repeatedly insisted the Government invitation had been extended and that is the position at this times.