In a message on its website, it said “we are currently unable to deliver orders to the Republic of Ireland, due to uncertainty around post-Brexit trade rules”. 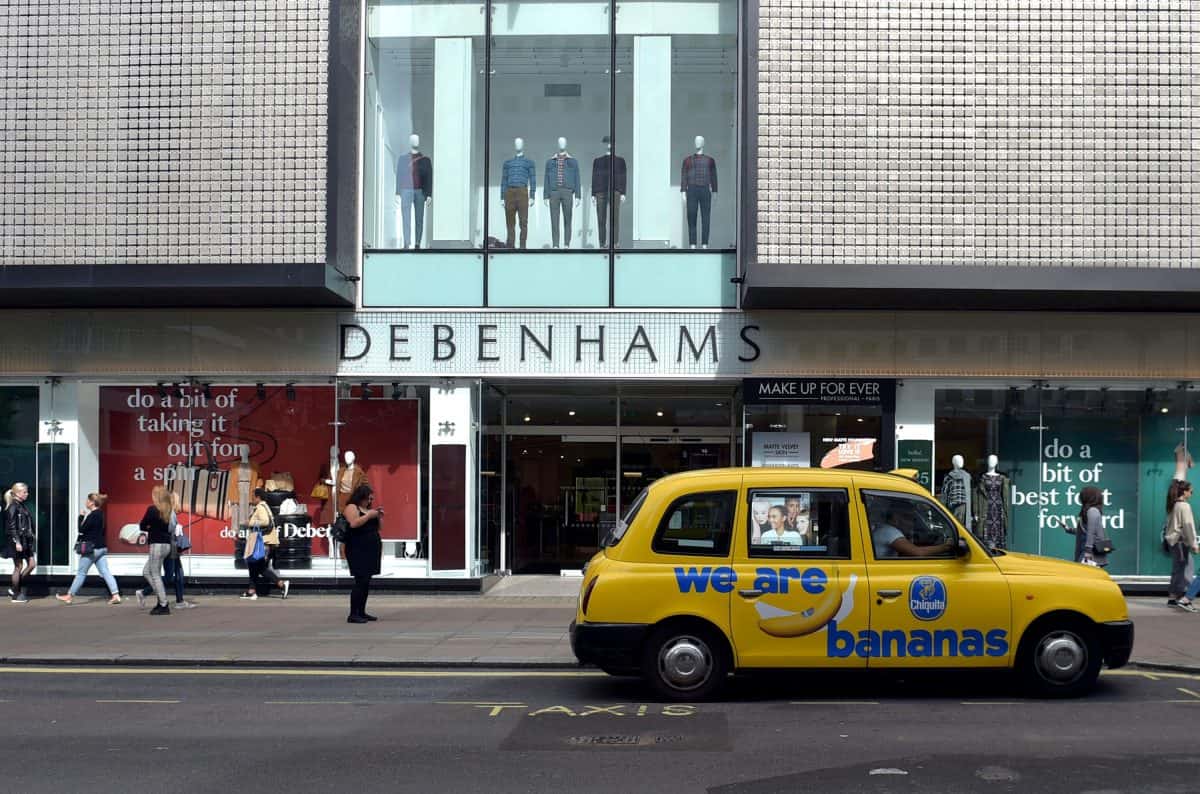 Debenhams has shut online operations in Ireland after being impacted by new Brexit tariff rules, with dozens of other firms facing disruption from trade rule changes.

The department store, which started it liquidation process last month, took its Debenhams.ie website offline on Christmas Eve following the agreement of the Brexit deal, in a move first reported by ITV News.

In a message on its website, it said “we are currently unable to deliver orders to the Republic of Ireland, due to uncertainty around post-Brexit trade rules”.

Fashion retailers and grocery chains have been particularly impacted by new tariff rules on re-exporting goods from the UK bases.

The British Retail Consortium (BRC) said that “at least 50” of its members face potential tariffs for re-exporting goods following the agreement of the Trade and Co-operation Agreement (TCA).

“We appreciate that the rules of origin in the TCA were designed to be facilitative on trade in goods, but we need a solution which genuinely reflects the needs of UK-EU supply and distribution chains for goods,” said William Bain, trade policy adviser at the BRC.

“We are working with members on short-term options and are seeking dialogue with the Government and the EU on longer-term solutions to mitigate the effects of new tariffs.”

Following the agreement of the withdrawal deal, a raft of retailers including John Lewis and TKMaxx suspended deliveries into Northern Ireland amid uncertainty over new Irish Sea trading arrangements.

Separately, Marks & Spencer is also struggling with filling shelves in its stores in the Republic of Ireland.

The retailer launched a new distribution centre in Motherwell exclusively to deal with supplying products to the island of Ireland, rather than from a warehouse that previously supplied Ireland and Britain.

But seven days into the new arrangements between the EU and UK, the centre is said to be struggling to cope with the new rules.

Sources close to the retailer insist the issues are only temporary as the company get to grips with the new systems and paperwork.

One problem for M&S is that many of its products sold in Ireland are sourced in the UK and tend to be ready meals or prepared dishes, requiring separate paperwork for meats, dairy and vegetables.

An M&S spokesperson said: “Following the UK’s recent departure from the EU, we are transitioning to new processes and it is taking a little longer for some of our products to reach our stores.

“We’re working closely with our partners and suppliers to ensure customers can continue to enjoy the same great range of products.”