Surveyor Richard Gent, 52, died just hours after telling his wife he hadn't slept for two nights and he "couldn't do this anymore" 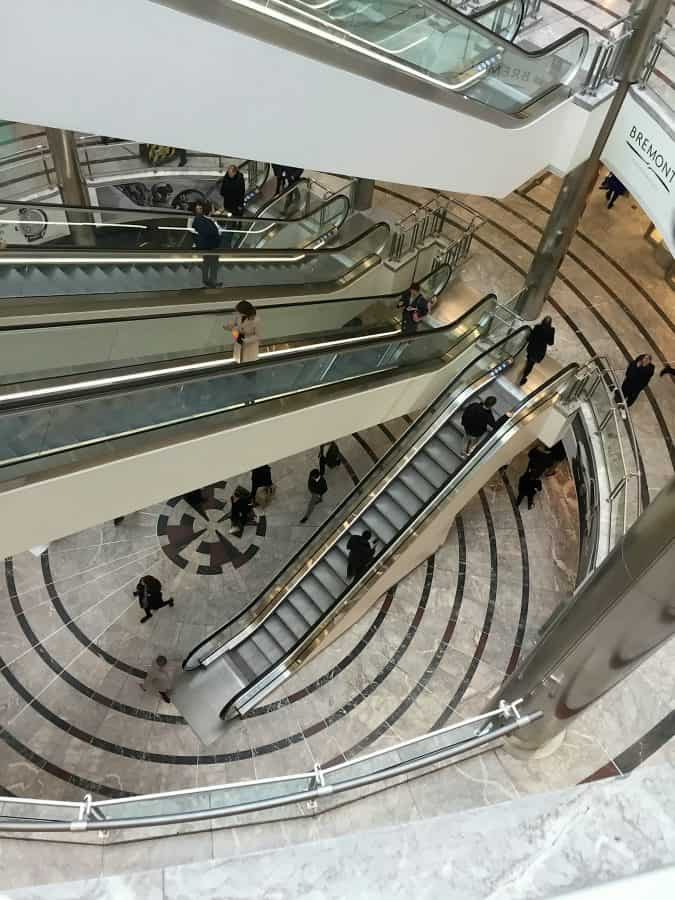 A quantity surveyor plunged 70 feet to his death in London’s Canary Wharf after “work stress came to a head,” an inquest heard.

Richard Gent, 52, threw himself off the third floor of the shopping centre in the shadow of the iconic skyscraper just hours after telling his wife he hadn’t slept for two nights and “couldn’t do this anymore.”

His body was discovered lying on the marble floor by escalators outside the lower ground Japanese restaurant Wasabi in Cabot Place on January 8.

An inquest concluded the father of two took his own life by intentionally climbing over a waist high railing on the top floor of the atrium.

Mr Gent worked as a commercial executive at Canary Wharf Contractors Ltd for 20 years and in the past had taken time off work for depression and stress, Poplar Coroner’s Court heard.

He was relocated from an on-site role to the London office after raising concerns about his mental health.

In a statement read out at the inquest Detective Sergeant Donna Brightmore said Mr Gent’s wife Helen pleaded with him to change jobs just hours before he died.

She said: “That morning Richard told her he hadn’t slept for two nights and he couldn’t go on like this.

“She suggested he changed jobs and contact his GP.

“He didn’t want tell work about the stress but she believed they would support him as they had done previously.”

“His caring personality showed when we lost our mother when we were young and then lost our father in our 20s.

“He was calm level headed, if you needed him he was always there, like when I went through a divorce.

“The last time I saw him was between Christmas and the New Year when a group of us went to the pub and he showed no signs off distress or anxiety.

“All of this makes it even harder to understand.

“The manner in which he did it was shocking and was not like Richard.

“He was always mindful of others and to do it in such a public place with witnesses showed he was not thinking in his usual way.

“Work stress came to a head that morning but I do not believe he planned it.”

“He wouldn’t speak about work unless asked.

“He was very proud of his daughters and it was very clear how close they were.

In a written statement Group Personnel Manager David Fendley said they
had made adjustments for Mr Gent and he took three weeks off work in 2011 and five weeks in 2017.

Mr Fendley said: “Richard joined in January 1998 and remained for 20 years. His job title was Senior Cost Manager and he was promoted to Commercial Executive in 2007.

“On December 21st 2018 he had his annual review but suggested he was disappointed.

“He expressed frustration that other colleagues had become associate directors and his job title hadn’t changed since 2007.”

He said Mr Gent had accepted depression and stress was something “he was always going to struggle with” and told bosses he needed a break from managing staff.

He added Mr Ghent did not appear to be working excessive hours and “was the go to person for colleagues and he was seen as dependable, approachable and never lost his temper.

“He was described as diplomatic and had good friends at work who he would plan golf trips with.”

GP Al Sayed said he last saw Mr Ghent from Colchester, Essex, on December 28 and said: “He presented symptoms of stress and anxiety due to work place stress and asked to go back on the anti-depressants.”

He said his patient had a history of recurrent bouts of depression, the first in March 2011 when “he expressed feelings of depression but no suicidal thoughts.”

He added Mr Gent restarted his medication after complaining on insomnia, lack of appetite and depression in March 2015 and again in May 2017.

A toxicology report found no traces of alcohol or drugs and the post mortem gave the cause of death was “multiple injuries due to blunt force trauma from a fall from a height.”

“He headed to his job as usual and told his wife he struggled sleeping and couldn’t go on like this.

“She suggested he should change jobs but he too worried about supporting his family.”

She added CCTV showed him leaving the tube and going to the third floor of Cabot Place East.

She said: “It was clear that there was no one near Richard at the time of his death and no one else was involved in the cause of his death.

“He worked in construction and was well aware of the risk.

“The restaurants were also closed at this time and there was no other reason for him to go to the third floor.

“I am satisfied that Richard jumped over the railing and he did so with the intention of taking his own life.

“It is clear he was well loved by family, friends and colleagues and they miss him enormously.

“It is a tragic loss and I hope over time they will remember the positive times and not the tragic circumstances that led to his death.”

Mr Gent’s family did not attend the inquest but Mr Fendley and another work colleague sat in the public gallery.