One in four Marks and Spencer's card machines are down in the UK, leaving frustrated customers only able to use cash 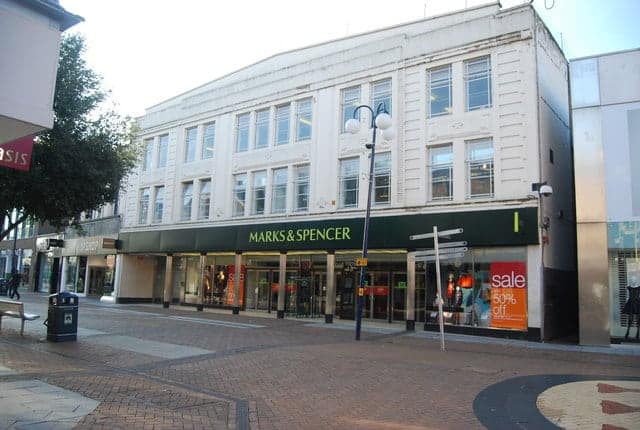 Troubled Marks and Spencer suffered another blow today (TUES) with customers unable to pay by bank or credit card at hundreds of its stores.

Tens of thousands of lunchtime shoppers were left frustrated around the country as the retail bellwether confirmed that one in four of its card machines were down.

A shopper in the M&S branch in Sheffield city centre described scenes of “complete chaos” – with no signs or warning about the problem before shoppers reached the tills.

Signs were hastily posted on the window outside the M&S Simply Food outlet in Streatham. south London, stating that only cash payments were being taken.

The retail giant said it had no idea when the issue – described as “technical” and “nothing to do with security” – will be resolved.

An M&S spokesman said: “Some of our stores are currently experiencing technical difficulties with their tills and are unable to take card payments at this time.

“We are working hard to resolve this issue as quickly as possible and thank customers for their patience.

“About a quarter of our stores are affected.”

Tormunds Beard said: “Marks and Spencer, can someone please sort out the sh*t show that is your central Sheffield store.

“Card machines all down but not telling anyone till they get to tills. Complete chaos.”

Ben Joseph said: “I find it amazing, in the day and age of tech that a supermarket company like Marks and Spencer can lose all card systems at a priority point of day.

“I appreciate it might not be their fault directly but… Geeeee no backup plan. Madness . Anyway.”

Mark B said: “The cafe in the Westfield’s Shepherds Bush is terrible.

“Nothing on the shelfs, not accepting cards, tables needing cleaning, no staff leadership. Orders are taking forever.

“I would complain to the manager, but they are nowhere to be seen. Awful.”

Ray Spry-Shute said: “Cash only at all stores I know you are going down hill but FFS,

“No cards and not a notice as you enter store and really unhelpful staff in food department. Pleased to say Tesco is next door. Won’t be long before you lot shut down twats.”