He will even be able to dial in from the Barnard Castle area to assume his role as London Dungeon Executioner. 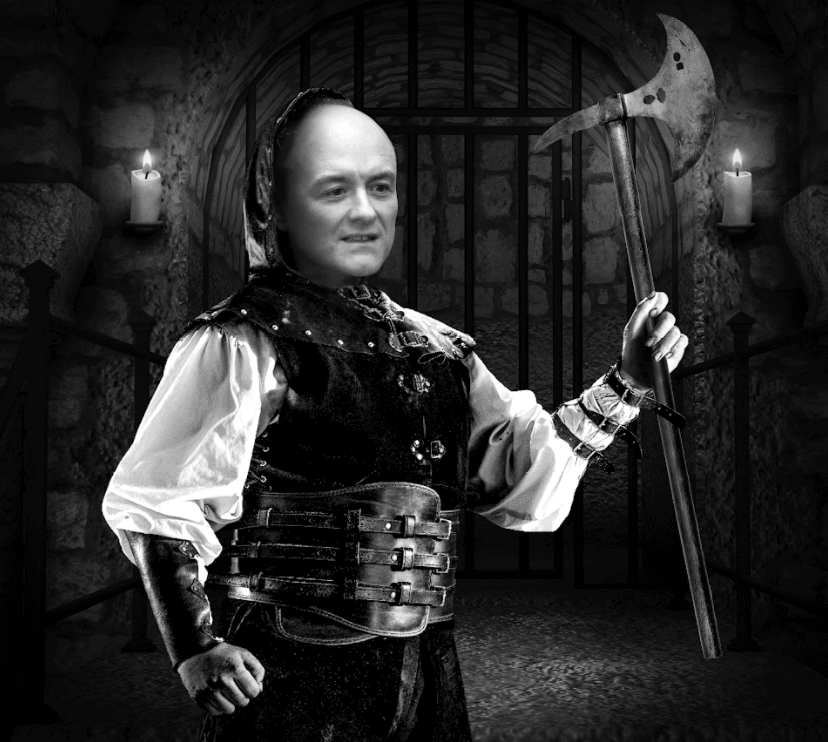 Dominic Cummings has been offered a job at the London Dungeon this summer following his gruelling appearance in front of MPs on a select committee yesterday.

The PM’s former aide is being earmarked for the influential role of Executioner at the world-famous attraction on the capital’s South Bank.

The job would see Cummings delivering the final and lethal blows for guests heading to the gallows on its Drop Ride experience – delivering his final judgement on them before sending them off to meet a grizzly end!

Featuring a sequence of interactive shows depicting the dark history and infamous moments of London’s past, London Dungeon bosses feel Cummings would feel right at home at the attraction.

On the offer to appoint the former PM’s aide, a London Dungeon spokesperson said: “We believe Mr Cummings will be a natural in this role, he has clearly shown an appetite to pursue justice whilst showing the ruthless streak needed for this dastardly role.

“Although video technology was not present in Victorian scenes of capital punishment, we will make an exception for Mr Cummings should he need to dial in from the Barnard Castle area to assume this role as London Dungeon Executioner.”