The controversial Higher Education (Freedom of Speech) Bill returns to the Commons on Monday. 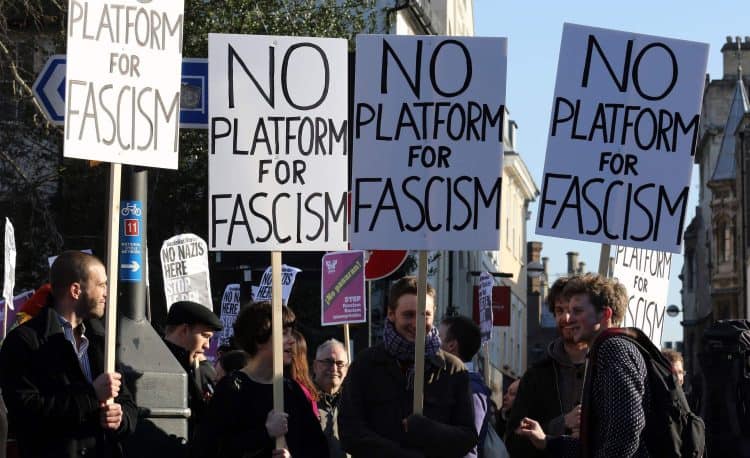 Labour has accused the Tories of enabling extremists to sue universities and students’ unions with laws the government claims are designed to protect freedom of speech.

The Higher Education (Freedom of Speech) Bill returns to the Commons on Monday, and Labour is urging Conservative MPs to vote with them against the legislation.

Registered universities and colleges in England will be required to promote and defend freedom of speech and academic freedom under the proposed legislation.

The Office for Students (OfS), the higher education regulator in England, would have the power to impose fines on institutions if they breached this condition.

Academics, students or visiting speakers will be able to seek compensation through the courts if they suffer loss from a breach of the free-speech duties.

But Labour said the plans would give free rein to extremists, Holocaust deniers, and anti-vaxxers, enabling them to spread their ideas across university campuses.

But Labour’s shadow education secretary Kate Green said: “It is shocking that the Conservatives are introducing a new law to give free rein to extremists, anti-vaxxers and people harmful to the public interest at our universities.

“Labour in government enshrined the right to freedom of expression, these wholly unnecessary plans are wasting time on creating legal protections for people whose only aim is to cause division and spread hate.

“These are clearly the wrong priorities for Britain. Conservative MPs should vote with us against this Bill, which has dangerous and deeply troubling consequences.”

When introducing the Bill, the Department for Education (DfE) highlighted some examples from recent years where they said students, staff and invited speakers have felt unable to speak out.

In one incident, Bristol Middle East Forum was charged nearly £500 in security costs to invite the Israeli ambassador to speak at an event, they said.

But the University of Bristol said no security costs were incurred as the event – which was due to take place in February last year – was cancelled.

In another case, academics signed an open letter in 2017 expressing opposition to Oxford Professor Nigel Biggar’s comments that British people should have “pride” as well as shame in the Empire, the DfE said.

Asked on Trevor Phillips On Sunday on Sky News whether Labour was insisting there was not a problem with free speech on campuses amid allegations of an increasing ‘cancel culture’, Green said: “There are and always have been, a small, a very small number of instances.”

She said: “In the last year for which we have data, out of 10,000 events only six were cancelled, four because they had the wrong paperwork, one went to another venue, one was a pyramid scheme.

“If you look across the piste, there are a very small number of events that are cancelled, I think there is obviously a concern about the atmosphere, the climate on campus, but that cuts both ways and if we have, as I believe this legislation does, a law that allows people actually to come on campus as Holocaust deniers, to spread hate speech, anti-vaxxers, I don’t think that’s in the public interest, and I think that has a chilling effect.”

Related: Culture wars ‘pit working class communities against each other’