It was announced no new trial should start in any Crown Court unless it is expected to last for three days or fewer. 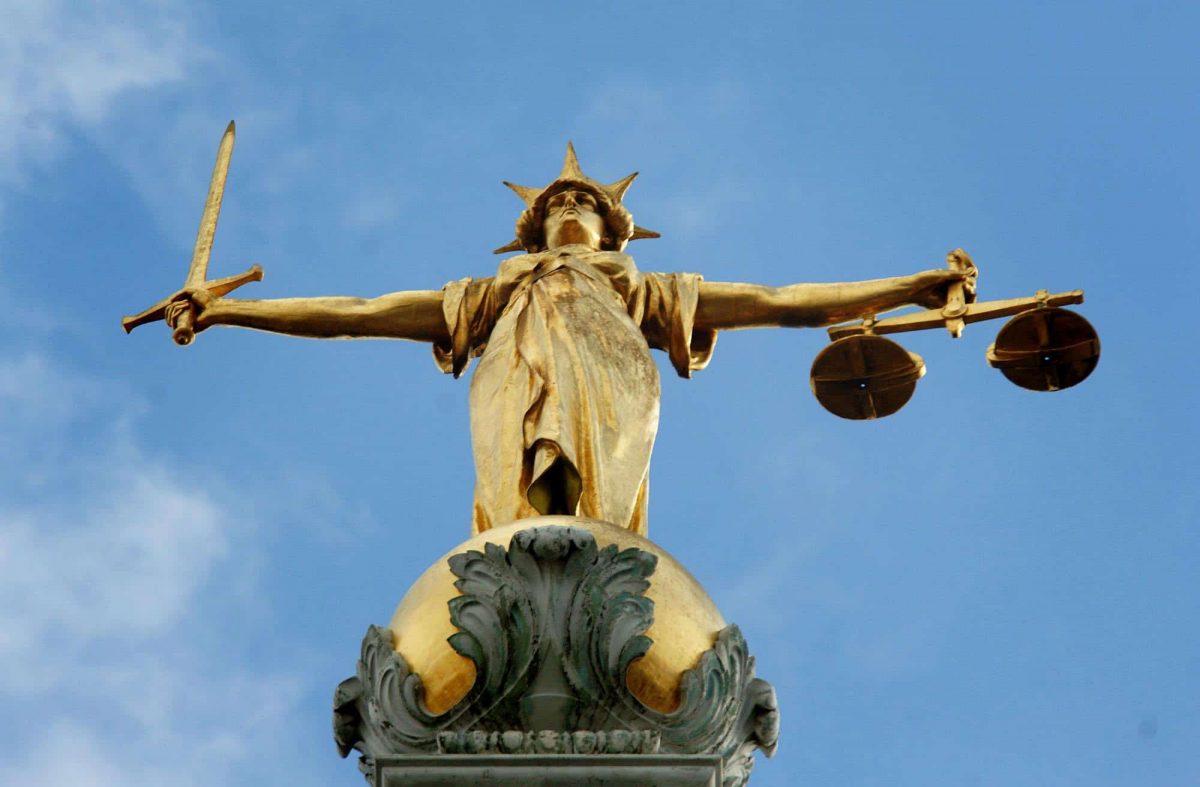 View of the gold statue of the figure of justice, holding scales and a sword, on top of the Central Criminal Court, also referred to as Old Bailey, in central London.

Criminal trials are to be put on hold as part of the ongoing efforts to delay the spread of coronavirus.

In a statement issued late on Tuesday, it was announced that the Lord Chief Justice Lord Burnett – the most senior judge in England and Wales – has decided no new trial should start in any Crown Court unless it is expected to last for three days or fewer.

As a result, cases longer than three days that were due to start before the end of April will be postponed.

The announcement came after pressure mounted on the Government to make clear its strategy for courts, amid growing concerns about the impact of the Covid-19 outbreak on court business.

The statement said the impact of the public health emergency on the operation of the courts has been under “constant review”, and that criminal trials pose “particular problems in a fast-moving situation” because of the involvement of many participants including the judge, jurors, defendants, lawyers, witnesses and court staff.

The statement read: “Given the risks of a trial not being able to complete, the Lord Chief Justice has decided that no new trial should start in the Crown Court unless it is expected to last for three days or less.

“All cases estimated to last longer than three days listed to start before the end of April 2020 will be adjourned.

“These cases will be kept under review and the position regarding short trials will be revisited as circumstances develop and in any event next week.

“As events unfold decisions will be taken in respect of all cases awaiting trial in the Crown Court.”

The statement said any trials currently under way would continue, in the hope they could be completed.

It continued: “All those attending court should follow Public Heath England guidance suitably adjusted to reflect the distinct features of a court as a working environment for all concerned, including jurors.

In relation to other court hearings, including family and magistrates’ courts, where no jurors are involved, the statement said steps are being taken to enable as many hearings as possible to take place – with some or all of those involved attending by telephone, videolink or online.

It added: “Many court hearings will be able to continue as normal with appropriate precautions being taken.

“We must make every effort to maintain a functioning court system in support of the administration of justice and rule of law.”

Earlier on Tuesday, organisations that represent lawyers called for jury trials to be halted and said the risks of them continuing were “too great”.

Previous official guidance from the Ministry of Justice (MoJ) and HM Courts and Tribunals Service (HMCTS) said that during the current phase of the outbreak “the business of our courts and tribunals continues”.

The Bar Council, which represents around 17,000 barristers in England and Wales, urged the MoJ on Tuesday to stop jury trials “for the time being”, warning that around the country there are reports of jurors being forced to drop out of cases due to self-isolating, or coming to court when they should have stayed away, putting the health of others at risk.

Chairwoman Amanda Pinto QC said: “Being in a jury trial should not be a game of Russian roulette with the participants’ health.”

She added: “We urge the Ministry of Justice to adapt quickly to this rapidly changing environment by continuing proceedings where possible, but without juries and by not requiring judges, barristers and others to attend hearings in person.”

The Criminal Bar Association said in a statement: “Court hearings should be limited to those considered essential for the time being, with others utilising phone and video links where appropriate and subject to proper safeguards.

“We make it clear that the right to trial by jury is a fundamental right enjoyed by all citizens and that this call is for a temporary cessation to allow for proper and considered policies and procedures to be put in place.”

In an earlier statement on the developing situation, Lord Burnett said: “The latest guidance from Government on how to respond to Covid-19 would clearly have an impact on the operation of all courts in every jurisdiction.

“It is not realistic to suppose that it will be business as usual in any jurisdiction, but it is of vital importance that the administration of justice does not grind to a halt.”

He also said there was an “urgent need to increase the use of telephone and video technology immediately to hold remote hearings where possible” and that emergency legislation is likely to contain measures to expand the powers in criminal courts to use technology.

The Criminal Justice Board, which brings together figures including the Attorney General, Home Secretary and Lord Chancellor, is due to meet for a pre-planned, routine meeting on Wednesday.

Previous reports of court business being affected by Covid-19, included instances of jurors being discharged or sent home.