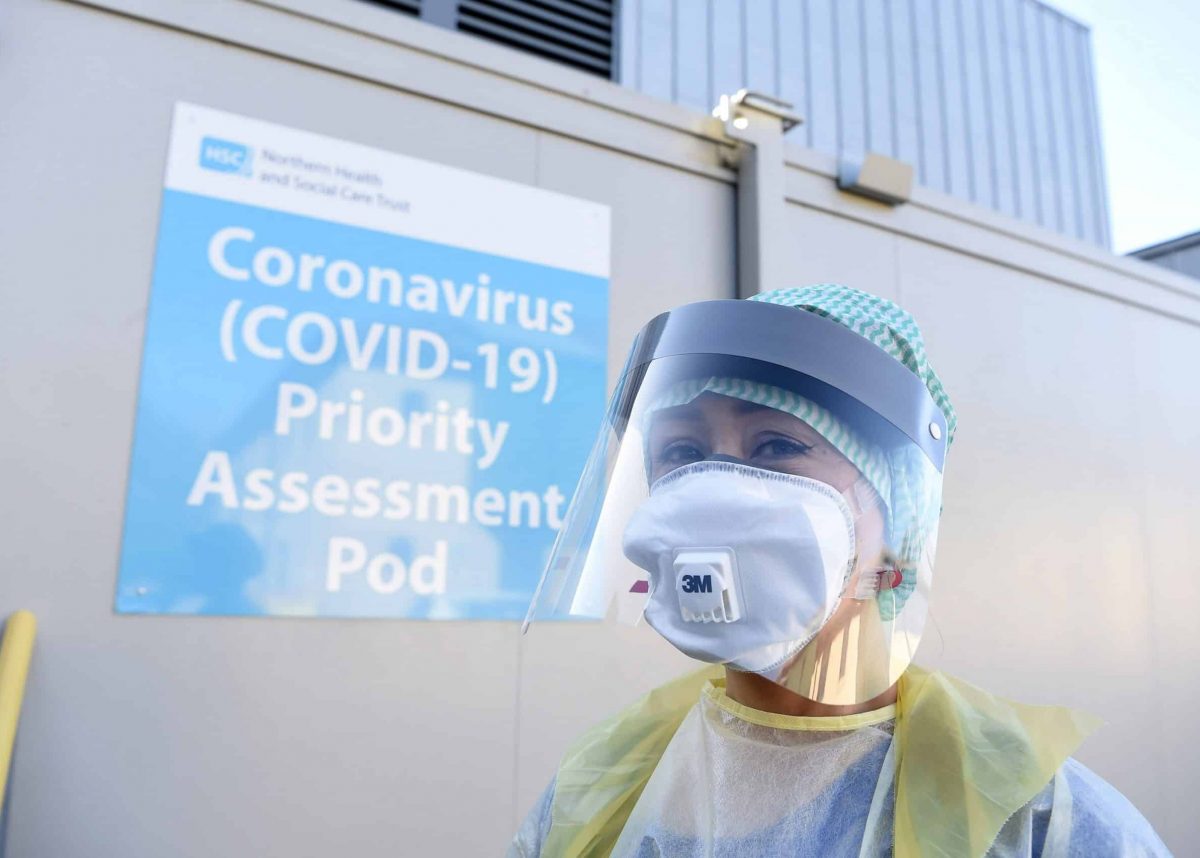 The UK Government has drawn up a battle plan to tackle the coronavirus, which has spread from Wuhan in China to countries across the world.

Tens of thousands of people have been infected and thousands have died, with world leaders scrambling to contain the Covid-19 virus.

Here is all you need to know today:

Outside China, there have been more than 10,000 cases across more than 70 countries.

The first Briton to die from the virus had been on board the Diamond Princess cruise ship which was quarantined off the coast of Japan.

He was the sixth passenger from the ship to die after more than 700 tourists contracted Covid-19 on board.

– What’s happening in the UK?

There have been 85 confirmed cases in the UK, with more than 16,500 people tested.

The 20th case was the first transmission of coronavirus within the UK and the Department of Health and Social Care (DHSC) said the original source was “unclear”.

Three of the newest cases were also passed on in UK, health leaders have said.

Eight of the confirmed UK cases have been discharged from hospital. There have been no deaths.

The UK Government has said that in a worst-case scenario, up to 80% of the population could become infected, with people in hospital with pneumonia and a relatively high death rate among the elderly and frail.

Scientists predict the UK would see a coronavirus peak two to three months after sustained person-to-person transmission becomes established across the country.

There will then be a further two to three months of decline, meaning an outbreak could last around four to six months.

Officials have warned that a UK epidemic is “looking likely” but hope to delay the peak of the virus until the warmer months when health services are less busy coping with seasonal flu.

– What is the Government’s battle plan?

The 27-page document sets out the UK-wide response to Covid-19, with possible measures including the cancellation of non-urgent operations and retired NHS staff being called “back to duty”.

Possible strategies for delaying the spread of the virus include school closures, reducing the number of large-scale gatherings, and encouraging more home working.

The military could also provide support to emergency services if needed.

Other proposals include police concentrating on “serious crimes” if they lose “significant staff” to illness, helping businesses with short-term cash flow problems, and a distribution strategy for sending key medicines and equipment to NHS and social care providers.

Legislation allowing the Government to use extra powers to help control Covid-19 is expected to go through Parliament by the end of the month.

It is understood these will give schools, councils and other parts of the public sector powers to suspend laws – including health and safety measures – to cope with a pandemic.

– What is the UK Government recommending people do on returning from infected regions?

People returning from Hubei province in China, Iran, locked-down areas in northern Italy and special care zones in South Korea in the past 14 days should immediately self-isolate at home and call NHS 111.

People returning from a number of other areas, including the rest of China and Korea, Japan, Hong Kong and Singapore, should self-isolate if they develop symptoms of cough or fever or shortness of breath.

It also said those returning from Vietnam, Cambodia, Laos, Burma and northern Italy above Pisa should self-isolate if they show symptoms.

How do I self-isolate if I am asked to?

If you are told to self-isolate, you should stay at home and not go to work, school or public places.

You should also not use public transport such as trains or buses, or take taxis.

You should try to avoid close contact with family members and do not have visitors to your home.

However, it is fine for friends, family or delivery drivers to drop off food.

Although several schools have closed or sent pupils home over fears of Covid-19 contact, Public Health England’s (PHE) general advice is for them not to close.

Health Secretary Matt Hancock confirmed on Tuesday that 10 had closed nationwide, but said schools should not close unless there is a positive case and the school has had advice to close from PHE.

Other schools have asked pupils to self-isolate, with many having pupils return after the half-term break from skiing trips to northern Italy, an epicentre of the outbreak in Europe.

– What will happen to the economy?

The Government estimates that up to one in five workers in the UK could be off sick during a coronavirus peak.

Prime Minister Boris Johnson has announced new sick pay changes as part of emergency coronavirus legislation so that anyone self-isolating is paid from day one rather than day four as current rules state.

Bank of England governor Mark Carney has said that while the hit to the economy in the UK and globally could be significant, it will “ultimately be temporary”.

– What about a vaccine?

Vaccines have been developed and researchers are starting to test them on animals, but tests can take months to see if any potential vaccine can be used on humans and there will then have to be trials on humans.

The World Health Organisation (WHO) has convened a group of experts to fast-track promising tests, drugs and vaccines, but experts say it could still be months or even years before any approved treatments or vaccines are developed.

The UK Government is putting £40 million into trying to find a vaccine and also aiming to improve treatments for patients with the disease.

– What is a coronavirus?

Coronaviruses are a large family of viruses that cause illnesses ranging from the common cold to more severe diseases such as severe acute respiratory syndrome (Sars).

The strain that has recently emerged is a new strain that had not been previously identified in humans. The respiratory disease it causes has been named Covid-19 by the WHO.

– Where did it come from?

Coronaviruses are zoonotic, meaning they are transmitted between animals and people, the WHO says.

The first cases identified were among people connected to the Huanan Seafood Wholesale Market in Wuhan, China.

Experts believe the virus is spread in cough and sneeze droplets.

The virus can survive on surfaces for several hours, but it is unclear exactly how long for.

Government scientists say a small proportion of people will pass on the virus while having no symptoms themselves.

– What steps can I take to protect myself?

Wash your hands with soap and hot water more often. Do this for at least 20 seconds each time.

The NHS says people should also wash their hands when they get home or arrive at work.

Hand sanitiser can be used if soap is not available.

Anyone with coughs and sneezes should catch them in a tissue, which is then put in a bin. Wash your hands afterwards.

People should also avoid close contact with people who are unwell, and avoid touching the eyes, nose or mouth if their hands are not clean.

Should I avoid public places?

Most people can continue to go to work, school and other public places.

The current Government advice states mass events and public gatherings should not be cancelled, and people should continue to act normally for now.

People only need to stay at home and self-isolate if they are advised to do so by 111 or a health professional.

– What are the symptoms?

Initial symptoms include fever, cough, tightness of the chest, shortness of breath and breathing difficulties.

More severe cases can cause pneumonia, Sars, sepsis and septic shock, which can lead to death.

There are no specific treatments or vaccines but symptoms can be treated.

– Can people with no symptoms spread the virus?

The jury is still out on this one, although scientists believe there is evidence of asymptomatic transmission.

The DHSC has said it believes the risk of catching coronavirus from someone with no symptoms is low, but many people with Covid-19 experience only mild symptoms, particularly during the early stages of the disease, and it is possible to catch it from them.

– Are some groups more at risk?

The UK Government says most cases appear to be mild and those who have died in Wuhan appear to have had pre-existing health conditions.

The Government’s new battle plan says the elderly and people with pre-existing illnesses would be at highest risk.

Overall around 1% of people who become infected “might end up dying” but this is “significantly” higher among people over 80, officials said.

Related – Coronavirus: UK cases jump to 85 as fears of an epidemic grow