A public inquiry into what has been called "the worst treatment scandal in the history of the NHS" is taking evidence after some 4,800 people with haemophilia were infected with hepatitis C or HIV in the 1970s and 1980s. More than 2,000 are thought to have died. 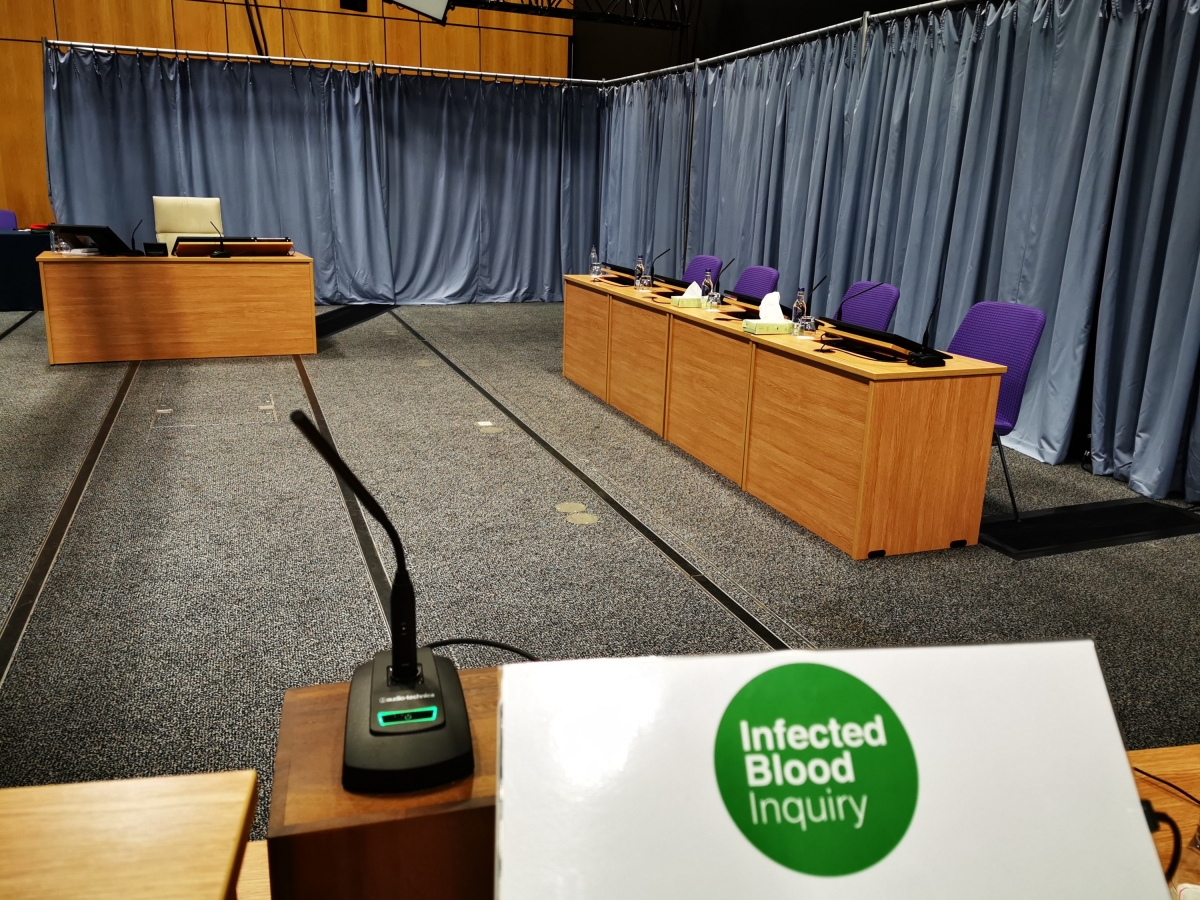 The father of twin boys infected with HIV and hepatitis C from contaminated blood has told of his horror at discovering one of his sons had his brain removed for testing after his death, without the family’s knowledge or permission.

Condemning the “shameful history of this heartbreaking nightmare”, the boys’ father gave evidence to the Infected Blood Inquiry about how his twins were given the illnesses as young children, which led to the death of one.

A public inquiry into what has been called “the worst treatment scandal in the history of the NHS” is taking evidence after some 4,800 people with haemophilia were infected with hepatitis C or HIV in the 1970s and 1980s. More than 2,000 are thought to have died.

Thousands more may have been exposed through blood transfusions after an operation or childbirth.

The father, who spoke under the condition of anonymity, explained how the boys were diagnosed with a severe form of the blood condition haemophilia at just 11 months old, which required regular treatment using blood products.

In 1985, when the boys were 10, they were diagnosed with HIV, followed by hepatitis C, despite the family having not been told they were at risk or that they were being tested for the diseases.

The angry father, referred to as Mr AB, described how he felt the twins were “treated like lab rats” during their treatment, and were given different medication without explanation.

When one of the boys became severely ill, he was admitted to hospitals in Glasgow, where he eventually died in 1992.

But in the hours before the 17-year-old’s death, Mr AB revealed that two doctors had questioned him about funeral plans and possibly carrying out post-mortem tests – described to him as taking fluid from his brain and spine.

He said: “While my son was still alive in bed and unconscious through HIV and hep C, they asked me if I would give them permission to carry out a post-mortem and I said no. I said that I do not want it, he’s suffered enough.”

However, during a chance encounter with one of the doctors six months after his son died, he was told that his son had his scalp and skull opened and his brain removed to discover the cause of death.

It emerged that measles had infected the boy’s brain, and his father said he was told “if only we had known that, we could have done more” by the doctor.

Mr AB kept the news of the post-mortem to himself for 12 months, saying that the loss of his son was “utterly devastating” and he did not know what to do with the information revealed to him.

He also discovered claims that details of the post-mortem were destroyed on purpose, while the remaining medical information about his son’s treatment were “inaccurate records”.

The family also kept a record of all the treatment they gave their sons at home, but the book was taken by the hospital “to photocopy”, but was never returned.

Although he praised the “great care” from the NHS, he claimed that some of the doctors involved have been “closing ranks” over the infected blood scandal, which is believed to have claimed the lives of more than 2,000 people since the 1970s and 1980s.

The inquiry, chaired by Sir Brian Langstaff, was hearing evidence on the final day of its Scottish stage in Edinburgh, exactly two years after the investigation was announced by Prime Minister Theresa May.

The hearings are scheduled to continue in Cardiff from July 23.