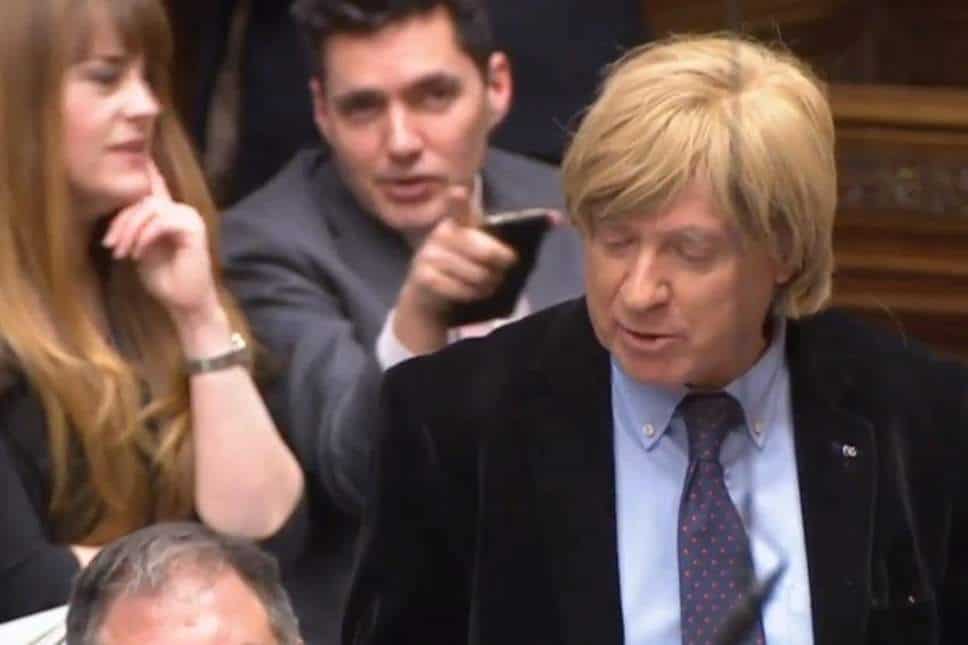 This is the hilarious moment an MP was filmed making fun of one of his colleagues behind his back live on television – because of his WIG.

Conservative MP Huw Merriman seemed unaware that he was being filmed for Prime Minister’s Questions, as he sat behind fellow Tory MP Michael Fabricant.

In a video shared by talkRADIO today (Weds), Merriman, MP for Bexhill and Battle, East Sussex, can be seen muttering to MP Kelly Tolhurst, sat next to him: “It’s definitely a wig.”

He was then spotted pointing out the hairline at the bottom of Fabricant’s wig, before mouthing at someone else across the room: “It’s a wig.”

Tolhurst, Conservative MP for Rochester and Strood, Kent, was spotted nodding in agreement, before muttering saying at the end of the video: “Yeah, it’s a wig.”

Viewers were quick to take to social media to comment on the incident.

Journalist and broadcaster Alistair Campbell wrote on Twitter: “Who is the Tory behind Mike Fabricant mouthing the words ‘it’s a wig’ after he and his colleague next to him had a good look?

“I think we’re talking going viral quite soon,” he added.

And before too long, Michael Fabricant himself had got wind of the video clip, and responded to it on his own Twitter.

“A newish member, a little short sighted, and who doesn’t yet realise that PMQs are televised, bless.

“I know people are annoyed about his antics, they have been calling my office, but he’ll eventually learn how to behave. Sweet.”