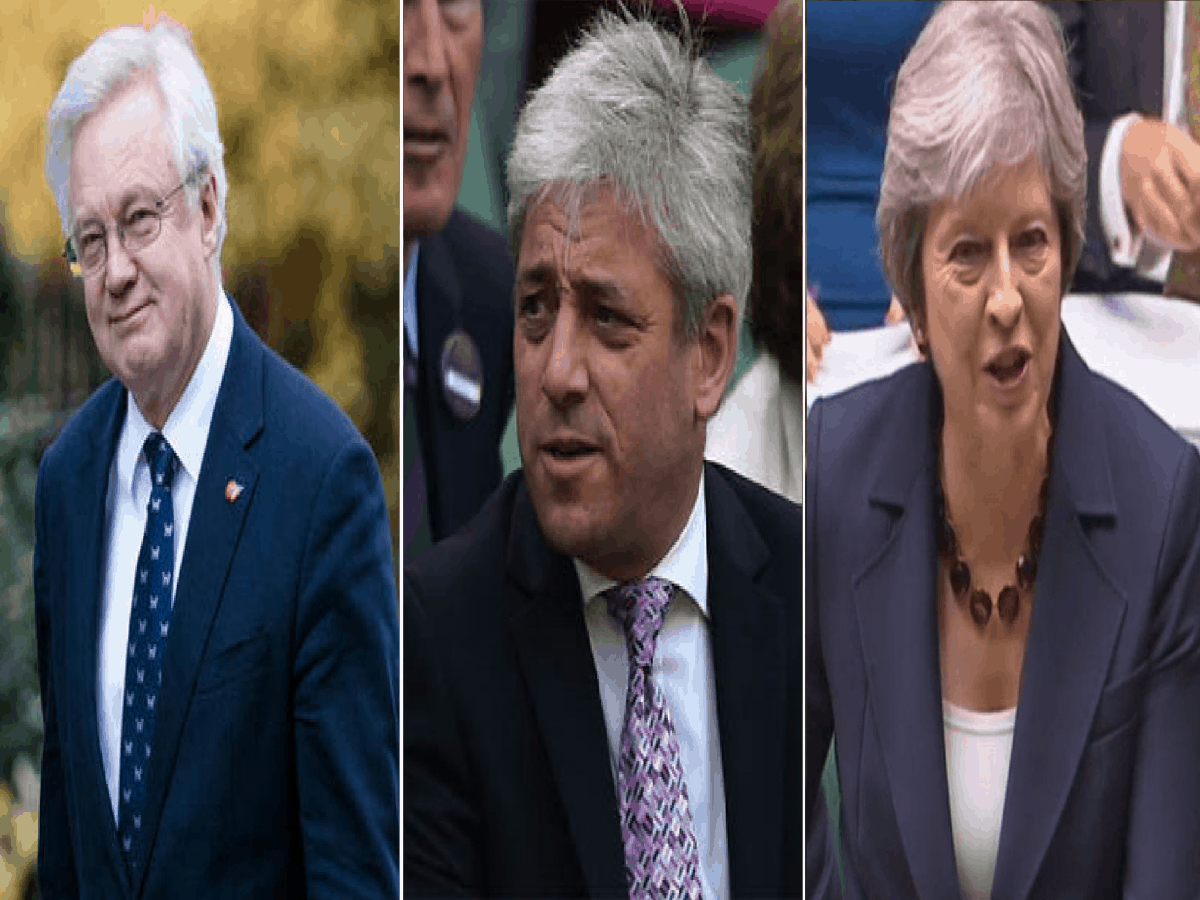 John Bercow insisted Brexit Minister David Davis appear in front of the Brexit Select Committee immediately or face a contempt of parliament charge, which could mean he should resign. – Though ministers have been getting away with a lot of things that could mean they should resign recently.

“When it is suggested that that meeting should be soon, it means soon; it does not mean weeks hence. It means very soon indeed. Nothing—no commitment, no other diarised engagement—is more important than respecting the House, and in this case, the Committee of the House that has ownership of this matter, and to which the papers were to be provided,” John Bercow ordered.

MP’s had reacted angrily on Tuesday to news that the Government reports into the impact of Brexit on 58 sectors of Britain that they had voted should be finally released had been heavily edited and redacted before they were handed over to the select committee on exiting the EU.

Speaker warns Tories might be in Contempt of Commons

"I did not say that it was my advice that the motion(regarding releasing the 'Leaving the EU: Sectoral Impact Assessments') was binding or effective. As Speaker, I ruled that it was binding or effective."- House of Commons Speaker warns Tories may be in contempt of Parliament if they do not disclose their own full reports into the effects of Brexit.

Posted by The London Economic on Tuesday, 28 November 2017

The outrage overshadowed reports in the Financial Times, Telegraph and the BBC that the Government had agreed to up Britain’s Brexit bill to a deal worth about £90bn gross, which would be a net figure of 40-55 billion euros (£35bn-£49bn) as the UK can claw money back on some EU projects and subsidies. Full agreement has not been reached, and other thorny issues need resolving before the next stage of Brexit talks are entered, – such as the seemingly insoluble conundrum of the border between Northern Ireland and the Republic of Ireland if the UK leaves the Customs Union.

Britain will be paying the EU for decades to come adding up to a figure over double the £20bn that Theresa May had previously said Britain is prepared to pay. This is a sign that negotiations may be gathering momentum finally. This drew criticisms from both sides of the Brexit debate. Open Britain said Boris Johnson had never mentioned a £50bn Brexit bung.” Vote Leave campaign bankroller Arron Banks said the Government was making a “capitulation of the worst kind.”

But in Parliament MP’s were discussing the possibility of a vote of no confidence in the Government after their binding motion that Parliament see the reports into the effects of Brexit were ignored.

Shadow Brexit secretary Keir Starmer reminded the House of Commons that their motion called for “not some of the reports, not redacted copies, the full reports” to be released.

“Whether he is in contempt of parliament is a matter we may have to come to,” Starmer warned David Davis, adding: “he is certainly treating parliament with contempt.”

The shadow Brexit secretary also complained that the government’s detailed impact assessments that civil servants had produced covering covering 58 sectors of Britain – were squeezed into two lever arch files. -“That’s the volume of paperwork I would have expected for a pretty routine crown court trial in my old world,” said the former lawyer.

#KeirStamrer on #Brexit #SectionalAnalysis"Whether he is in contempt of Parliament is a matter we will come to at some later date, but he is certainly treating Parliament with contempt.The Secretary of State says, and the Minister has reported, that he did not get assurances from the Select Committee about how the documents would be used. The Minister therefore had better answer some pretty blunt questions this afternoon. What assurances were sought that were not given? He had better tread carefully, because there will be an audit trail here and if he cannot answer that question, if he did not pursue the assurances, if he did not suggest a course that was rejected, his cover for not disclosing these documents will be blown. this a very sorry state of affairs."

Posted by The London Economic on Tuesday, 28 November 2017

In Canada where the same rules apply, Stephen Harper’s government collapsed after contempt of parliament was found for ignoring a similar motion.

Labour MP Chris Bryant MP said he expected that Theresa May would wriggle out of facing the same fate by relying on the Fixed Term Parliament Act – meaning she could face a vote of no confidence.But the Rhonnda MP added that at the very least Brexit Minister David Davis should resign: “I would have thought that if the speaker had decided that there was a prima facie case to be considered that a minister had committed a contempt of parliament, that minister would have to resign,” he told the ouse of Commons.

MP’s called for the Government to be held accountable.

SNP MP Pete Wishart told the Speaker of the House: “ I wrote to you on 7 November asking you to consider contempt proceedings against the Government for failing to provide these Brexit analysis papers in full, as mandated, as you said, by the fully binding motion agreed by the House.

“You very generously gave the Government three weeks to comply, and you said you were awaiting the outcome of the conversations between the Secretary of State and the Chairman of the Exiting the European Union Committee. We have now had those conversations, and we have now heard the response from the Chairman of the Committee, who stated in this very Chamber just a few moments ago that the Government do not meet the motion in full.”

Wishart called on the Speaker “to consider bringing contempt motions”, adding: “this is contempt, and the Government must be held accountable for their failure to comply.”