A school commemoration service held in a church was given a POLICE GUARD – to stop protesters disrupting the service to honour slave trader Edward Colston. As many as five police officers and PCSOs stood across the porch entrance to the historic church full of schoolchildren as the service got underway. But despite the heavy […] 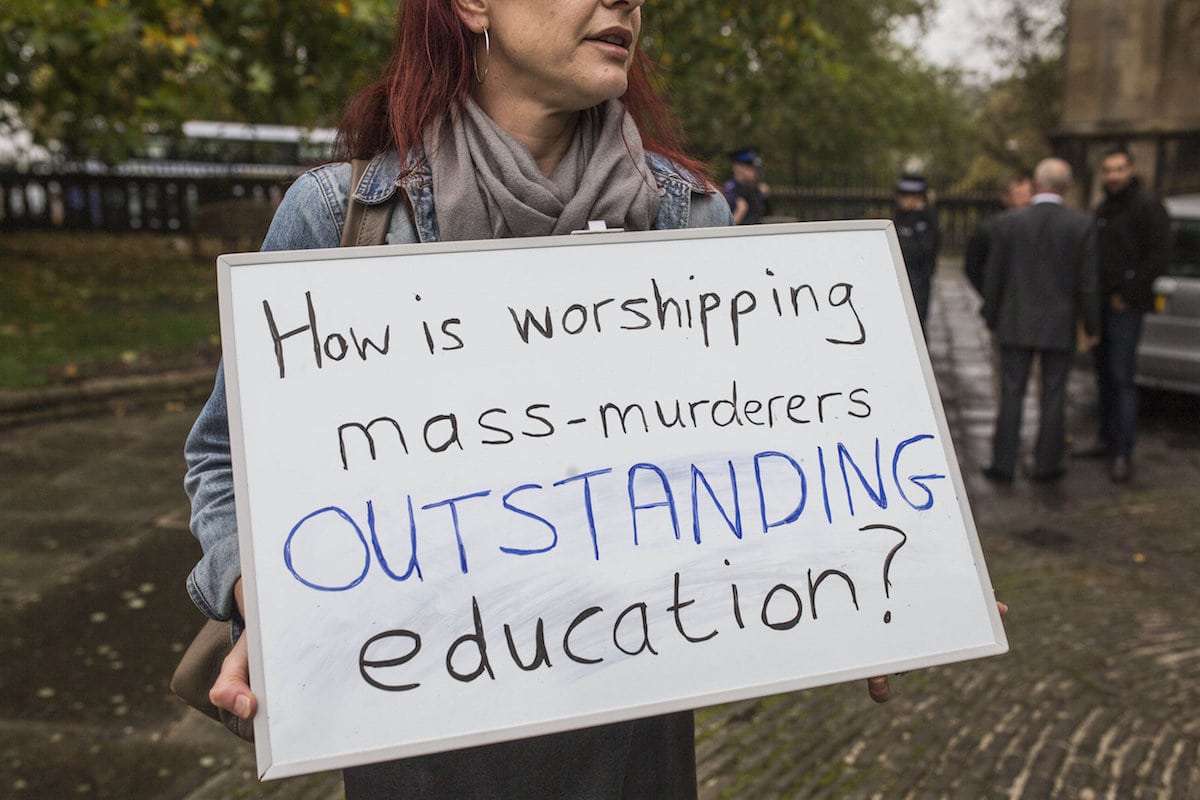 A school commemoration service held in a church was given a POLICE GUARD – to stop protesters disrupting the service to honour slave trader Edward Colston.

As many as five police officers and PCSOs stood across the porch entrance to the historic church full of schoolchildren as the service got underway.

But despite the heavy guard, only two protesters from the Countering Colston campaign group turned up to the commemoration service on Wednesday.

And both agreed to stay outside the church – instead choosing to chalk messages on the road that children would see as they returned to school.

It commemorates the rich and powerful merchant Edward Colston, whose personal wealth came largely from his key role in running the transatlantic slave trade from both London and Bristol.

His ships transported an estimated half a million slaves from Africa to the Caribbean and North America.

The service was held this year on the day declared Anti-Slavery Day by a 2010 Act of Parliament, in order to raise awareness of modern slavery.

Colston became one of Bristol’s most generous benefactors thanks to the fortune he made from the slave trade.

But the two Countering Colston protesters accused the school and church leaders of ‘brainwashing’ the children by portraying Colston as a generous benefactor to the city.

Their chalk messages in the road included: “Edward Colston should be resigned to obscurity. Remember African ancestors.”

Meanwhile, in the church service, several speakers commemorated Edward Colston, giving thanks for his philanthropy and remembering those who were victims of the slave trade.

The service followed the news earlier this week that another Bristol school, Colston’s Girls’ School, had told present and former pupils that all reference to Edward Colston would be removed from its own commemoration service in November.

Colston’s Girls’ School said it took the decision after consultation with pupils, and instead the service would reflect upon slavery.