Melting snow and ice has fuelled an abundance of plant life - nearly 20,000 feet up the world's most famous mountain. 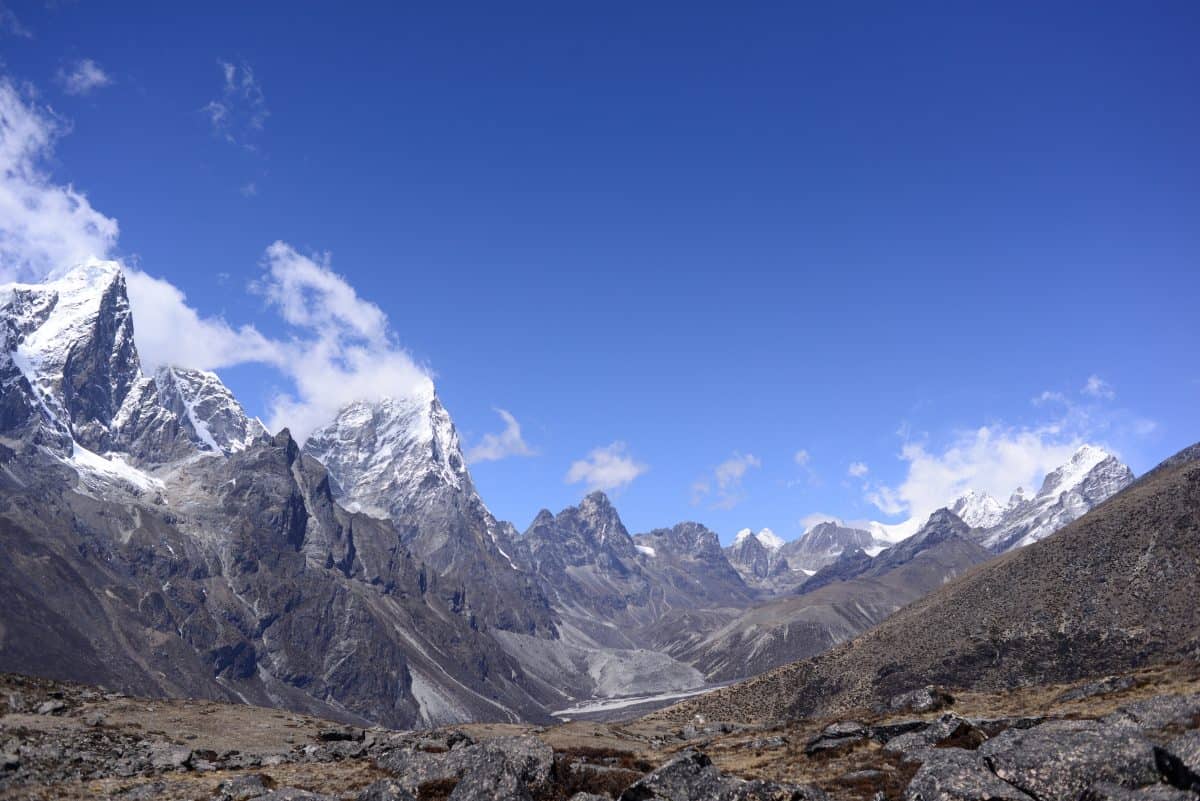 Climate change is causing new grasses and shrubs to grow… on Mount Everest, according to new research.

Melting snow and ice has fuelled an abundance of plant life – nearly 20,000 feet up the world’s most famous mountain.

Known as ‘subnival vegetation’, it is expanding across the Himalayas – particularly on the slopes of Everest, whose peak officially sits at 29,029ft.

It has implications for the rivers that supply more than 1.4 billion people globally with water, say British scientists.

The region has the largest concentration of ice on Earth, apart from the polar caps. They cover 33,000 square miles, providing 86,000,000 cubic metres of water annually.

Lead author Dr Karen Anderson, of the University of Exeter, said: “A lot of research has been done on ice melting in the Himalayan region, including a study that showed how the rate of ice loss doubled between 2000 and 2016.

“It is important to monitor and understand ice loss in major mountain systems, but subnival ecosystems cover a much larger area than permanent snow and ice and we know very little about them and how they moderate water supply.

“Snow falls and melts here seasonally, and we don’t know what impact changing subnival vegetation will have on this aspect of the water cycle – which is vital because this region, known as ‘Asia’s water towers’, feeds the ten largest rivers in Asia.”

Her team used satellite data to measure the extent of subnival vegetation – plants growing between the treeline and snowline – in this vast area.

Little is known about these remote, hard-to-reach ecosystems of grasses, shrubs and other short plants – and seasonal snow.

But the study published in Global Change Biology found the amount of surface they carpet is between 5 and 15 times that of the permanent glaciers and snow.

Around Everest, the team identified a large rise at all the elevations. Conditions at the top of this range have generally been considered to be close to the limit of plant endurance.

The findings back climate models that that indicate the number of “temperature-limited areas” – where it is too cold for plants to grow – is falling across the Himalayas owing to global warming.

Other research has suggested the region’s ecosystems are highly vulnerable to climate induced vegetation shifts.

Dr Anderson, of the Environment and Sustainability Institute on Exeter’s Penryn Campus, Cornwall, said “some really detailed fieldwork” is now a priority.

She called for further validation to shed light on how plants in this high-altitude zone interact with soil and snow.

Dominic Fawcett, a PhD student in her lab who coded the image processing, said: “These large-scale studies using decades of satellite data are computationally intensive because the file sizes are huge.

“We can now do this relatively easily on the cloud by using Google Earth Engine, a new and powerful tool freely available to anyone, anywhere.”

The Hindu Kush Himalayan region extends across all or part of eight countries, from Afghanistan in the west to Myanmar in the east.

Last year a report warned climate change poses a growing threat to the glaciers found in the Hindu Kush and Himalayan mountain ranges.

The study found if CO2 emissions are not cut rapidly, two thirds of these giant ice fields could disappear.

Even if the world limits the temperature rise to 1.5C this century, at least one third of these ice fields would go.

They could turn to bare rocks in less than a century because of rising temperatures, said the International Centre for Integrated Mountain Development.