"'Clap for Carers' has become 'Clap for Heroes' and they're expecting us back out on our doorsteps this week. I shall not be clapping. Not because I don't respect the NHS - I do - but because I am tired of empty gestures when the NHS is starved of both staff and equipment." 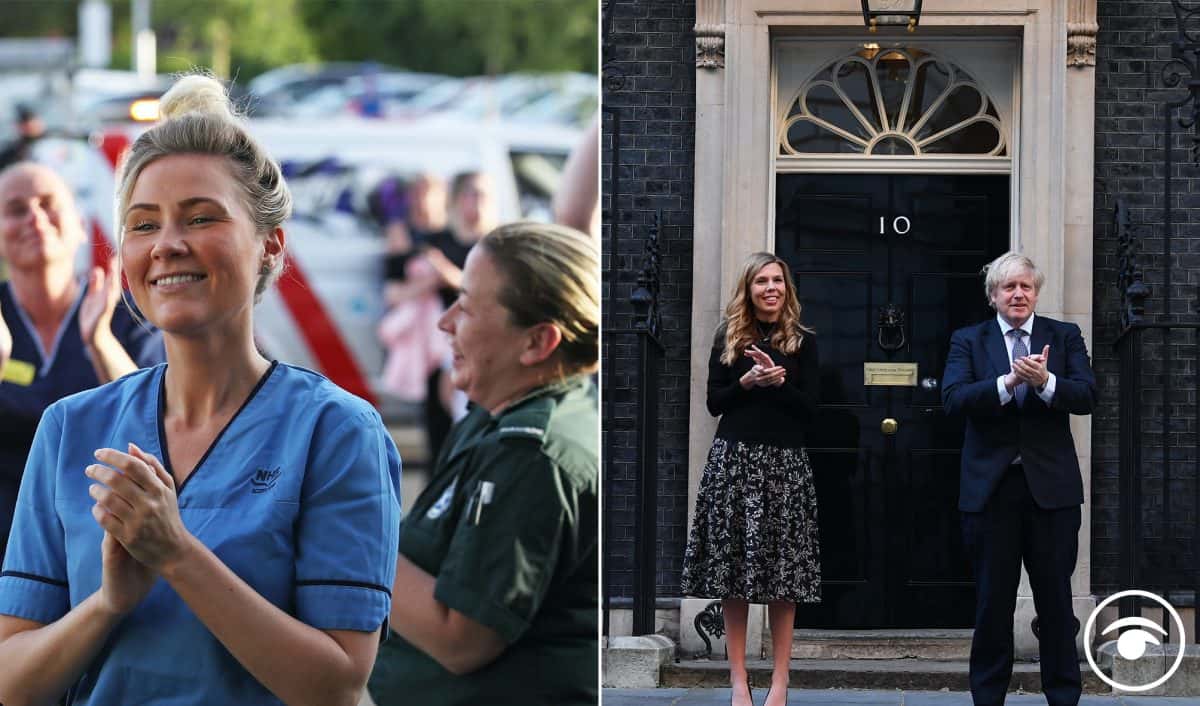 Clap for Carers looks set to return this Thursday at 8pm, under a new name.

Annemarie Plas, who came up with the weekly ritual that ran for 10 weeks during the first lockdown, tweeted that the tradition would be returning as Clap for Heroes.

She said: “We are bringing back the 8pm applause, in our 3rd lockdown.

“I hope it can lift the spirit, of all of us. Carers teacher, homeschooling parents, those who shield and ALL who is pushing through this difficult time! Please join & share! #clapforheroes.”

Ms Plas, a Dutch national living in south London, came up with the “spontaneous idea” as a way to show support for frontline workers battling Covid-19, and thought it might end up being just her and a few friends sharing the moment on video chat.

However, it quickly became a national tradition every Thursday at 8pm during the first lockdown.

Millions of people across the UK lined their thresholds, gathered on pavements and stood in their gardens to support care staff and frontline workers.

Members of the royal family and Prime Minister Boris Johnson also joined in with the show of support.

However, the event was criticised for becoming politicised.

“Without getting too political, I share some of the opinions that some people have about it becoming politicised,” Ms Plas told the PA news agency ahead of the final clap in May.

Not everyone thinks it is a great idea. Sonia Poulton: “‘Clap for Carers’ has become ‘Clap for Heroes’ and they’re expecting us back out on our doorsteps this week. I shall not be clapping. Not because I don’t respect the NHS – I do – but because I am tired of empty gestures when the NHS is starved of both staff and equipment.”

Storm Harley Tweeted: “How about we don’t clap for the heroes; how about we give them the goddamn pay rise they deserve instead.”

Keiran Goddard Tweerted: “Huge admiration and gratitude for the workers implied by the new “clap for heroes” initiative, but the “hero” discourse makes me deeply uncomfortable. In policy terms “hero” seems to be too easily synonymous with “expendable working class body that we are willing to sacrifice”

One key worker said: “It’s patronising, it’s annoying, it’s irresponsible (people used it as an excuse to socialise last time) and it’s MEANINGLESS. If you want to help, volunteer, raise money, and campaign for a living wage.”

Another said: “Nope. Instead of asking everyone to pointlessly clap, ask them instead to put their masks on properly. Remind them that it’s supposed to go over the nose as well. Do something constructive, ” reports Devon Live

On NYE Howard Beckett tweeted: “Sky News asked the question last night- should we be returning to the Thursday night clap for the NHS? Answer- No. We have tragically lost over 640 health care heroes to this virus. No more clapping. Instead give them all vaccinations now & give them a 15% pay rise now.”

Related:Clap for carers is about the NHS, not the government