Many of those who spoke at the meeting said they wanted Andrew to relinquish his Duke of York title. 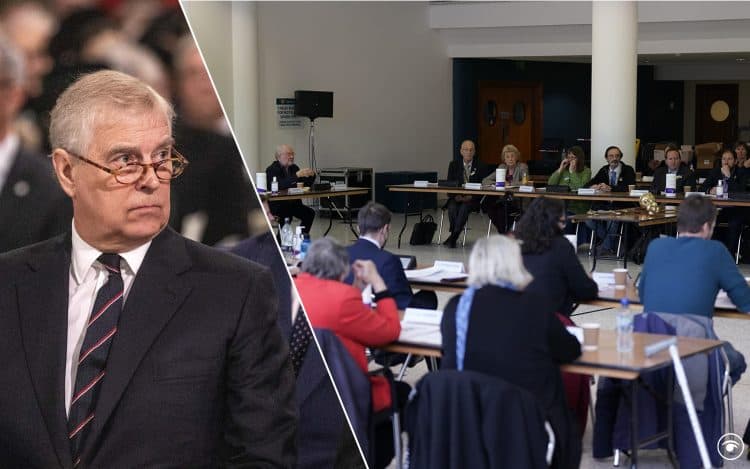 A decision by councillors to strip the Duke of York of his freedom of their city is the latest loss for Andrew amid the fallout from a civil sex case against the royal.

Following the February legal settlement with his accuser, Virginia Giuffre, City of York Council members representing all the main parties have voted for a motion to remove Andrew’s honour.

The dukedom was a gift from his mother on his wedding day in 1986 and was previously used by the Queen’s father George VI.

In January, ahead of the legal settlement, the Queen stripped Andrew of his honorary military roles and he gave up his HRH style.

In January, he also gave up his honorary membership at the prestigious home of golf – the Royal and Ancient Golf Club of St Andrews in Fife.

Many of those who spoke at the City of York Council meeting on Wednesday said they wanted Andrew to relinquish his Duke of York title.

Buckingham Palace and a spokesperson for Andrew declined to comment.

The Queen’s second son made a rare public appearance at a Westminster Abbey service in March in memory of his father, the Duke of Edinburgh.

His central role escorting the Queen to the memorial service has raised the prospect of Andrew putting in an appearance during the Platinum Jubilee weekend in June.