The posthumous pardon for the doctor, who died of Covid-19, is a startling admission of error from the Communist Party. 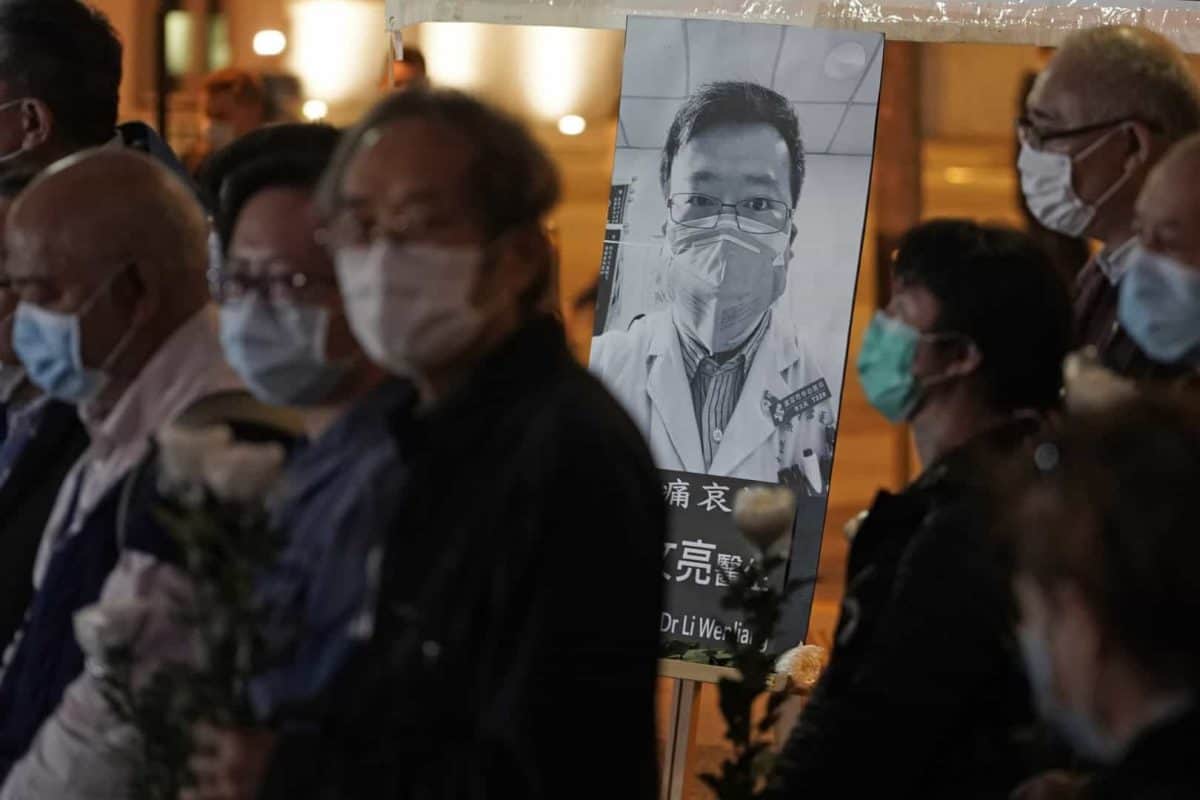 China has exonerated a doctor who was officially reprimanded for warning about the coronavirus outbreak and later died of the disease.

The move is a startling admission of error by the ruling Communist Party, which generally tolerates no challenges to its authority.

The party’s top disciplinary body said the Wuhan police force had revoked its admonishment of Dr Li Wenliang that had included a threat of arrest.

It also said a “solemn apology” had been issued to Dr Li’s family and that two police officers, identified only by their surnames, had been issued “disciplinary punishments” for the original handling of the matter.

In death, Dr Li became the face of simmering anger at the Communist Party’s controls over information, and of complaints that officials lie about disease outbreaks, industrial accidents, natural disasters and financial frauds, while punishing whistleblowers and independent journalists.

After seeing thousands of new cases daily at the peak of the city’s outbreak a month ago, Wuhan on Friday had its second consecutive day with no new confirmed or suspected cases.

The National Health Commission said all of the 39 new cases recorded Friday in China were brought from overseas, showing rigid travel restrictions and social distancing requirements appear to have had their desired effect.

China has loosened some travel restrictions in Hubei, the province surrounding Wuhan, although its provincial border remains closed and Wuhan itself remains under lockdown.

Officials say they will only lift the quarantine after Wuhan goes 14 consecutive days with no new cases.

Police in December had reprimanded eight doctors, including Dr Li, for warning friends on social media about the emerging threat.

China’s supreme court later criticised the police, but the ruling party continued to tighten its grip on information about the outbreak.

They include the 2003 outbreak of Severe Acute Respiratory Syndrome (SARS), a 2005 chemical spill that disrupted water supplies to millions of people in China’s northeast, sales of tainted milk that sickened thousands of children, and the failure of private finance companies after the global economic crisis.

In each case, officials were accused of trying to conceal or delay information people said they needed to protect themselves.

The party often responds by allowing the public to vent temporarily, then uses its control of media and the internet to stifle criticism. Critics who persist can be jailed on vague charges of spreading rumours or making trouble.

The treatment of Dr Li’s case may reflect concerns among the leadership about public anger over the failure to properly honour the sacrifices of front-line health workers while praising the party and its head, Xi Jinping, who has tightened controls on society since taking power in 2012.

The most powerful Chinese leader since at least the 1980s, Mr Xi gave himself the option of remaining president for life by changing the Chinese constitution in 2018 to remove a two-term limit.

In Wuhan, local leaders were accused of telling doctors in December not to publicise the spreading virus in order to avoid casting a shadow over the annual meeting of a local legislative body.

As the virus spread, doctors were ordered to delete posts on social media that appealed for donations of medical supplies. That prompted complaints authorities were more worried about image than public safety.