As a new surge in knife crime grips the capital, researchers found the frequency of stabbings spike between 4pm and 6pm - attributable to incidents occurring on school days 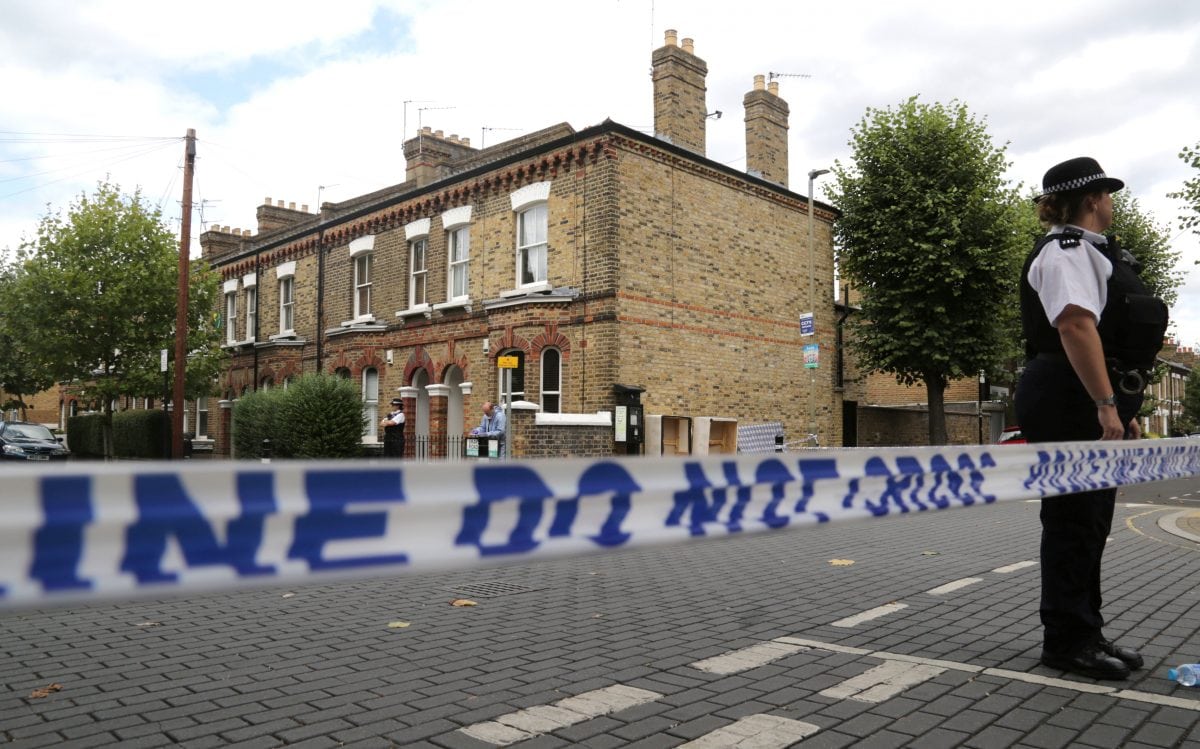 Children are at most risk of being stabbed on their way home from school, warns new research by London-based medics.

As a new surge in knife crime grips the capital, researchers found the frequency of stabbings spike between 4pm and 6pm – attributable to incidents occurring on school days.

Schoolboy Jay Hughes, also known as Jai Sewell, 15, and 17-year-old student Malcolm Mide-Madariola, 17, the two latest teenagers to be stabbed to death in London were both killed within that time bracket within 24 hours of each other last week.

And the study found nearly half the knife injuries among schoolkids (47 per cent) happened between one and five kilometres (3.1 miles) from home, which the researchers said reflects the average distance from home to school for children living in London.

In 2017, just under 37,000 offences involving knives or other sharp implements were recorded in England and Wales -a rise of 26 per cent on the previous year’s figures.

Figures show that young men between the ages of 16 and 24 from economically deprived urban areas are most at risk of knife crime.

But the researchers wanted to find out if there were any distinct timing and location patterns according to age group.

Between 2004 and 2014, the annual number of stab wound victims in these age groups rose by 25 per cent each year, with most cases (71 per cent) coming from the areas of greatest deprivation.

To assess their findings in more detail, the researchers compared injury patterns in children with those in 16 to 24-year-olds.

Among children, stabbings peaked between 4pm and 6pm, accounting for more than one in five injuries (22 per cent) compared with one in nine in young adults (11 per cent), nearly one in three of whom were significantly more likely to be stabbed after midnight (31 per cent)

At weekends and during school holidays, the timing of stabbings in children matched that of young adults.

The researchers said that there were no obvious differences among the three age groups, but children tended to be more at risk of dying in hospital of their wounds, despite the comparable severity of their injuries, and the frequency of stab injuries rose sharply in the teenage years.

The researchers said that their findings may not be more widely applicable to other areas or countries. Nor were they able to analyse behavioural patterns, time trends, or gang involvement.

In Glasgow, Scotland, a public health approach to curb violence, focusing on education, policing, and legislation, has seen a reduction in knife crime.

Study author Dr Paul Vulliamy, of the Centre for Trauma Sciences at Barts and The London School of Medicine and Dentistry, said: “It is clear that a multifaceted approach with sustained investment from government and the community is required for effective violence reduction.”

The researchers suggest that, given their findings, a visible police presence in areas where schoolchildren tend to congregate after school, might be helpful.

Writing in the journal BMJ Open, Dr Vulliamy added: “Our study illustrates and reiterates the potent influence of deprivation, age, and gender on the risk of violent injury.

“Long term multi-agency interventions are essential to drive sustained reductions in interpersonal violence and will be better informed by the recognition of knife crime as a pressing public health issue.”