And, worryingly, the chemicals are being passed in to the food stream when the contaminated insects are eaten by predators - both in the water and on land 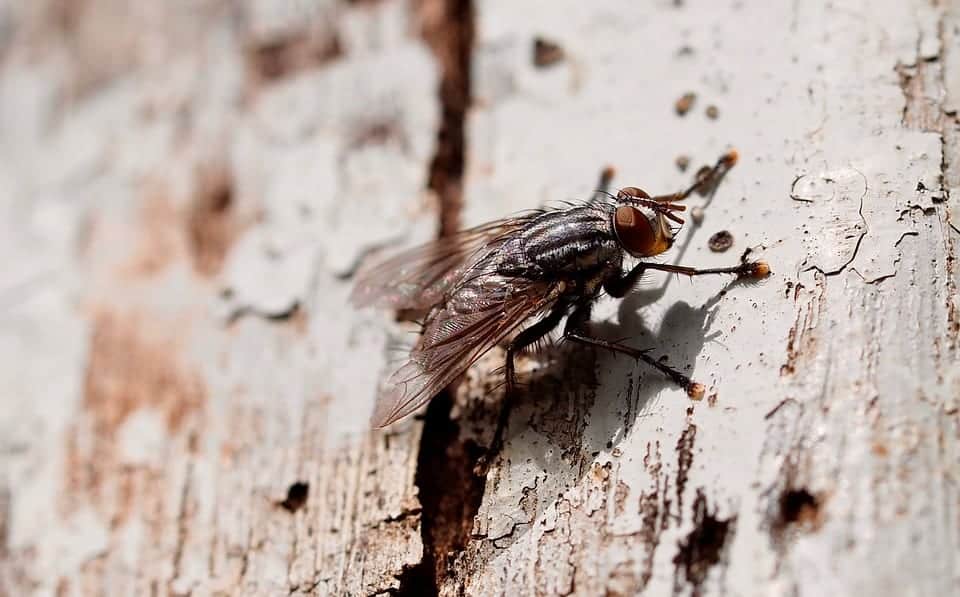 Insects that live near streams are being polluted by dozens of drugs and medicines – including antibiotics and antidepressants, reveals new research.

And, worryingly, the chemicals are being passed in to the food stream when the contaminated insects are eaten by predators – both in the water and on land.

A total of 69 pharmaceutical compounds were detected in stream insects in Australia, some at concentrations that may threaten animals that feed on them, such as trout and playtpus.

When the insects emerge as flying adults, researchers say that they can pass drugs to spiders, birds, bats, and other streamside foragers.

Pharmaceutical pollution is present in surface waters around the world, said the researchers.

They explained that drugs enter the environment because most wastewater treatment facilities are not equipped to remove them from sewage. Septic tanks, ageing pipes, and sewer overflows contribute to the problem.

Study co-author Doctor Emma Rosi, an aquatic ecologist at Cary Institute of Ecosystem Studies in the United States, said: “Stream life is swimming in a mixture of pharmaceuticals.

“Our study is the first to show that this chronic drug pollution can concentrate in aquatic insects and move up food webs, in some cases exposing top predators to therapeutically-relevant doses.”

An international team of researchers sampled six streams in Melbourne, Australia, for 98 pharmaceutical compounds – the most exhaustive screening to date.

Study sites were selected along a gradient of wastewater contamination that included a site downstream of a wastewater treatment plant and a site in a national park.

Study lead author Dr Erinn Richmond, a freshwater ecologist at Monash University in Australia, said: “We focused on riparian spiders because they build their webs over streams and feed on adult aquatic insects as they emerge from the water.”

Tissue analyses detected up to 69 different pharmaceutical compounds in aquatic insects and up to 66 compounds in riparian spiders.

Drug concentrations were the highest in invertebrates collected downstream of wastewater treatment facilities or in heavily populated areas with potential septic tank leakage.

On average, pharmaceutical concentrations at these sites were 10 to 100 times higher than less contaminated sites.

“We also found a diverse suite of drugs in spiders, indicating that drugs are passed from the water to prey to predator, thereby exposing other animals in the food web to drugs.”

Dr Richmond said: “Pharmaceuticals were present in every insect and spider we tested – including those collected in Dandenong Ranges National Park.

“Even this seemingly pristine site was contaminated, likely because people live in the park’s drainage area and visit the park.”

In the streams studied, platypus and brown trout also feed on aquatic insects. By pairing concentrations of pharmaceuticals found in stream insects with known dietary needs of platypus and trout, the team was able to estimate their drug exposure.

Dr Rosi said: “A platypus living in a creek receiving treated wastewater effluent could receive the equivalent of half of a recommended human dose of antidepressants every day – just by eating its normal diet of stream insects.

“This intake is likely to have biological effects.”

The caddisfly, a globally common aquatic insect, was among those tested in the study.

Dr Richmond said: “Similar insects are found in freshwaters all over the world.

“And it’s likely an underestimate. We only tested for 98 pharmaceutical compounds – there are thousands in circulation.”

“It’s clear that the drugs we take are entering freshwaters and being passed up the food web.

“We don’t know the ecological consequences of exposure to this pollution. What does it mean to be a platypus or trout with more than 60 drugs in your tissues? Are there synergistic effects?

“More research is needed on the extent of food web contamination and the effects of these compounds on fish and wildlife.”