"The economic impact of Covid-19 may cause more extremism and division within society.” 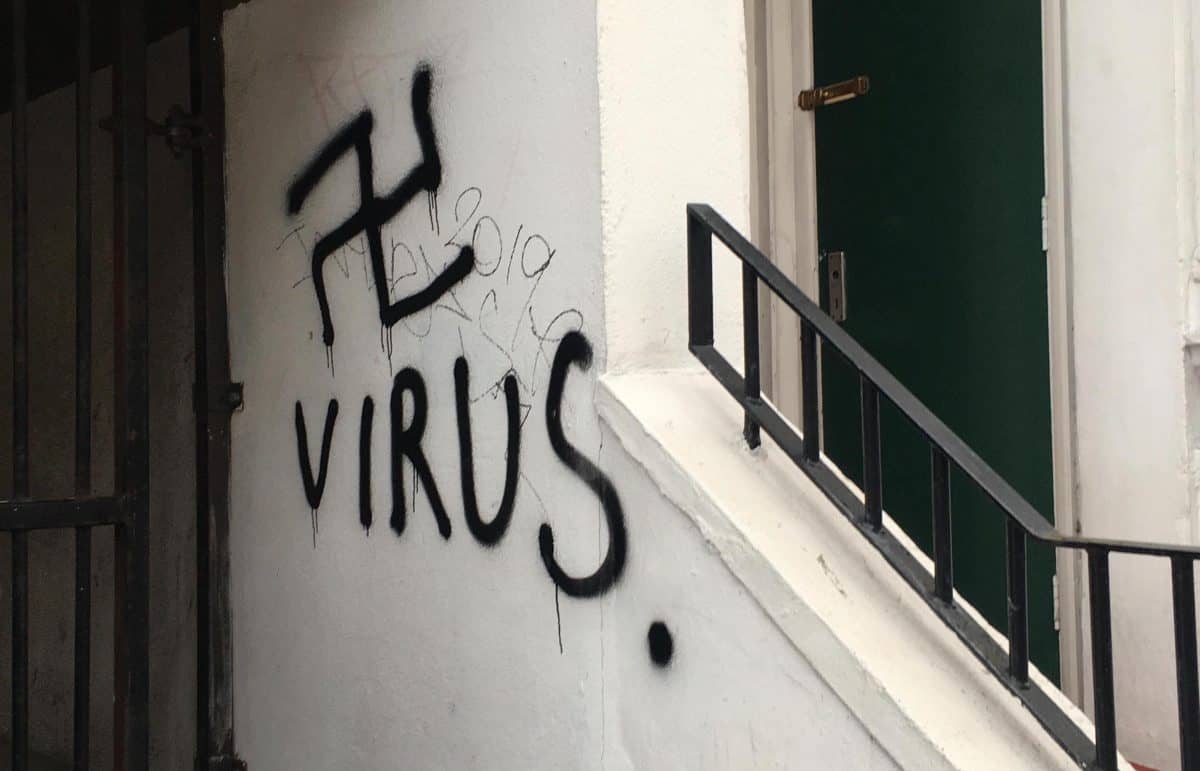 The Community Security Trust (CST) said it had recorded 1,668 anti-Semitic incidents in the UK in 2020, down from 1,813 in 2019, but still the third highest total it has ever recorded.

The highest monthly totals were before lockdown in January (188 incidents) and February (140), and when restrictions were eased in June (178) and July (180).

Amid the pandemic and increased use of video calls, 19 events were so-called Zoom-bombed by anti-Semites interrupting the meetings, the CST said.

The events targeted included online synagogue services, memorial prayers for someone who had died, and a Holocaust survivor’s talk.

The incidents involved anti-Semitic comments in the group chat, verbal abuse, as well as anti-Semitic images or usernames.

Amid the pandemic, there were also 41 incidents linked to Covid-19, including conspiracy theories about Jewish involvement in spreading the virus itself or a hoax about the virus, or expressing a desire that Jews would die from the illness.

While the number of physical assaults decreased from 158 in 2019 to 97 in 2020, there were an additional three – two stabbings and an arson attack – classed as extreme violence.

Incidents of online abuse fell from 700 in 2019 to 634 last year. Those recorded included a flurry of abuse sparked by a series of anti-Semitic tweets by rapper Wiley in July.

The CST recorded 23 incidents linked to users who shared his racist views. He has since been banned from a number of social media sites.

It said that the 634 incidents of online abuse were the second highest yearly total, and that 527 of them took place on social media.

The number of anti-Semitic incidents recorded at people’s homes rose from 118 in 2019 to 158 last year, which the Trust put down to perpetrators lashing out at those in close proximity as frustration built during lockdown.

CST chief executive Mark Gardner said: “CST had hoped that anti-Semitic incidents would fall by more than this during 2020.

“The fact that they didn’t means we must remain even more vigilant for 2021, especially as the economic impact of Covid-19 may cause more extremism and division within society.”