It follows a long-running campaign demanding the removal of the Rhodes statue. 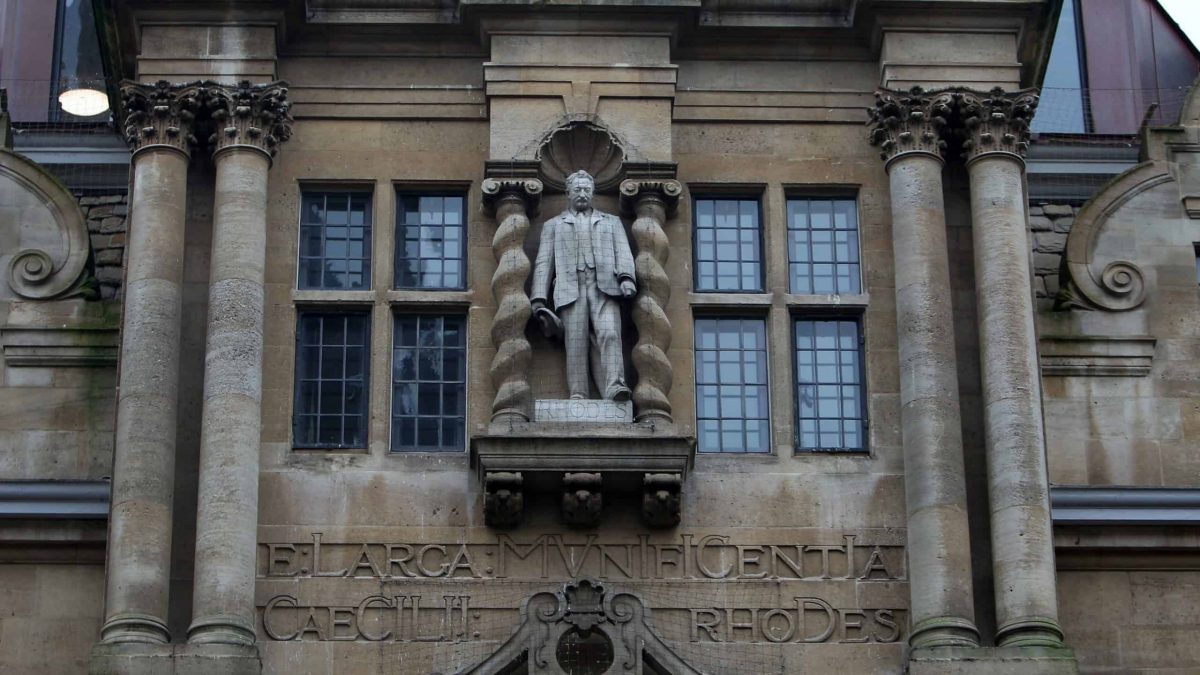 The governing body of an Oxford University college has “expressed their wish” to remove a statue of Cecil Rhodes, following a campaign for it to be taken down.

A statement by Oriel College on Wednesday said the governing body had voted in favour of launching an independent inquiry into controversy surrounding the monument.

The college said it had “expressed their wish to remove the statue of Cecil Rhodes and the King Edward Street Plaque” to the commission.

It follows a long-running campaign demanding the removal of the Rhodes statue, which gained renewed attention in recent weeks.

Big up everyone in Oxford demanding @OrielOxford take down the statue of mass murdering white supremacist Cecil Rhodes. You are educating the nation: without confronting our past, we can’t overcome today’s racism #RhodesMustFall pic.twitter.com/MEHdQUospA

“The governing body of Oriel College has today voted to launch an independent commission of inquiry into the key issues surrounding the Rhodes statue,” the statement said.

“They also expressed their wish to remove the statue of Cecil Rhodes and the King Edward Street Plaque. This is what they intend to convey to the independent commission of inquiry.

“Both of these decisions were reached after a thoughtful period of debate and reflection and with the full awareness of the impact these decisions are likely to have in Britain and around the world.

“The commission will deal with the issue of the Rhodes legacy and how to improve access and attendance of BAME undergraduate, graduate students and faculty, together with a review of how the college’s 21st-century commitment to diversity can sit more easily with its past.”

Oxford University has just announced that they’ll be pulling down white-supremacist Cecil Rhodes’ statue. Students had been campaigning for years, being chased and doxxed by the media and nothing happened.

10 days ago Colston was taken down. Protest works.

The commission will be chaired by Carole Souter, the current master of St Cross College and former chief executive of the National Lottery Heritage Fund.

A report for the governing body will be produced by the end of the year, the statement added.

Demonstrations have taken place outside Oriel College calling for the statue to be removed from the High Street entrance of the building, as well as anti-racism protests following the death of George Floyd in the US.

A similar demonstration was held in Bristol, which saw protesters topple the statue of slave trader Edward Colston and throw it into a harbour.