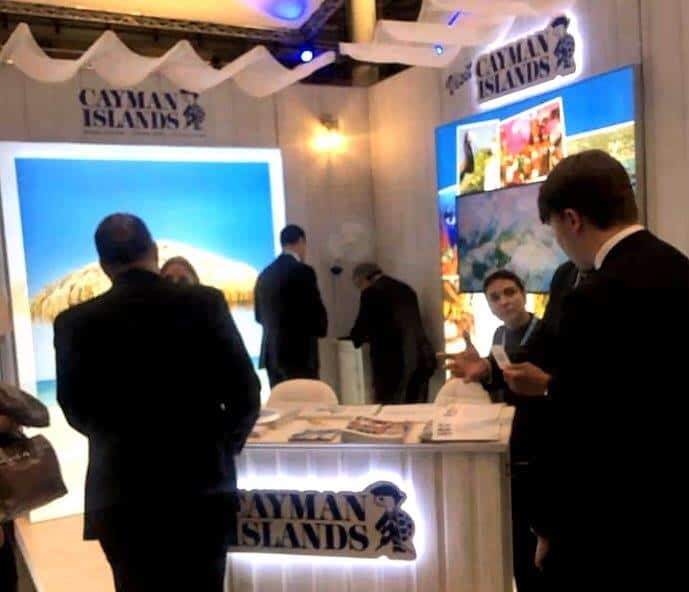 Several attendees have posted pictures of the Cayman Islands stall, which will have undoubtedly peeked the attention of some high-profile Brexiteers.

Hosted by the island’s tourism board Visit Cayman Islands it appears to promote tourism to the island from the outset, but a deeper look shows a more sinister side to the organisation.

Listed under the page “operate your business” their website promotes the Cayman Enterprise City (CEC) in Grand Cayman.

The CEC also provides a 10-day setup of operations that covers obtaining trade certificates and work visas, allowing companies to easily establish a physical presence with offices in Cayman that generate income from a tax-neutral jurisdiction.

Just one of the many stands exhibiting here at Conservative Party Conference…#CPC19 pic.twitter.com/UlIOe0DYKv

The stall was spotted as The Conservatives came under pressure over their proposed tax cuts.

According to the Institute for Fiscal Studies they would cost the government up to £20 billion and mostly benefit the richest households in Britain.

The economic research body warned that Boris Johnson’s plans to cut taxes for high earners and lift national insurance contributions were likely to be ineffective and costly.