“This was not a minor oversight by an inexperienced individual within a large organisation, but a catalogue of serious errors by a number of people that should have been, but were not, picked up by any of the internal systems and safeguards that were put in place to regulate what is broadcast." 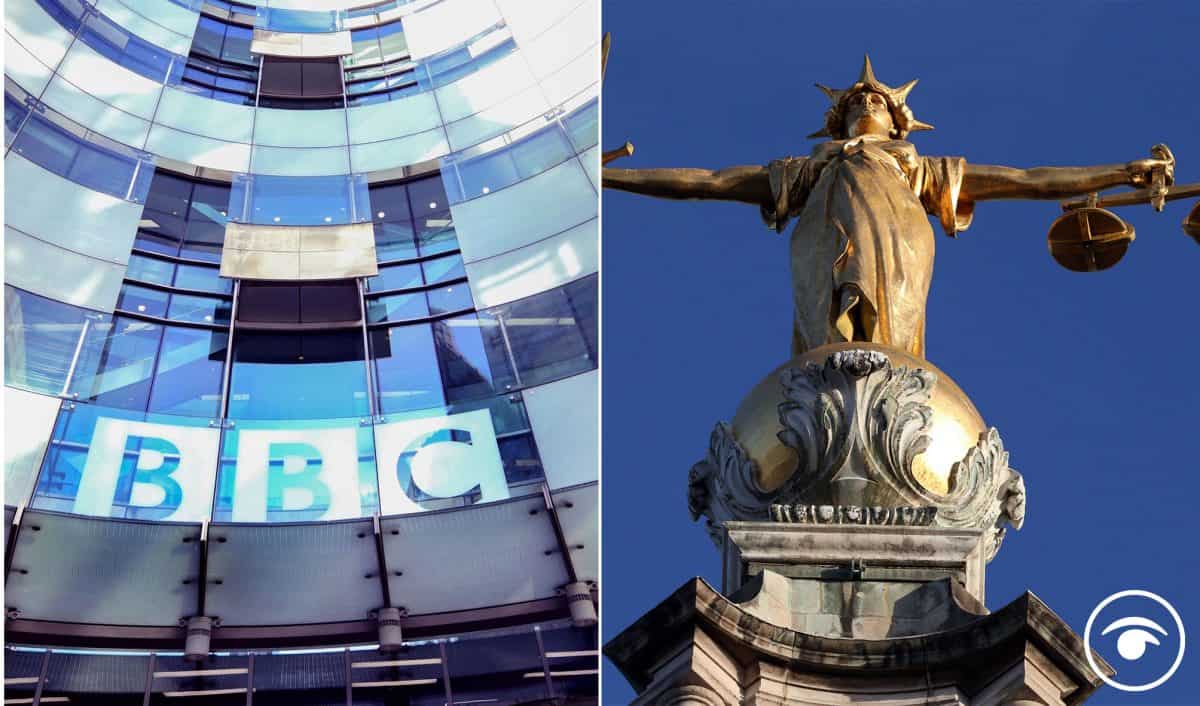 The BBC has been fined £28,000 for contempt of court after footage of an online High Court hearing was included in a broadcast.

Six seconds of footage from a hearing in November last year was shown during two BBC South East Today news bulletins before the corporation was alerted to it by the court.

The BBC offered an apology and admitted it was in contempt of court at a hearing in December, and has since taken steps to ensure staff are aware of the rules on court proceedings.

Since March last year many court hearings have been conducted online as a result of the Covid-19 pandemic.

However, broadcasting or publishing of any still or moving images from court proceedings is prohibited by both the 1925 Criminal Justice Act and legislation introduced by the 2020 Coronavirus Act.

In a High Court ruling on Wednesday, two senior judges said the problem “could and probably would have been avoided” if the BBC had taken more “proactive steps” to ensure journalists were aware of the rules.

‘No simple or coherent explanation’

Lady Justice Andrews and Mr Justice Warby said there was “no simple or coherent explanation” for what happened.

About 500,000 people saw the footage, which showed part of a legal challenge brought by environmental campaigner Sarah Finch against Surrey County Council’s decision to allow the extension of an oil well six miles from her home in Redhill, Surrey.

The hearing was recorded, in breach of the regulations and a warning from the court at the outset of the hearing, by a team of technical staff known as “the hub”, and a short clip from it was later used in the news bulletins.

A reporter included six seconds of the hearing as an “establishing shot” and it was broadcast at 6.30pm and again at 10.30pm.

In their ruling, the judges said: “This was not a minor oversight by an inexperienced individual within a large organisation, but a catalogue of serious errors by a number of people that should have been, but were not, picked up by any of the internal systems and safeguards that were put in place to regulate what is broadcast.

“It beggars belief that a team of very experienced BBC journalists, all but one of whom did not need to hear the judge’s warning at the start of the proceedings because they were well aware of the prohibition on recording court hearings, should have given no thought to the propriety of getting the hub to record the morning’s proceedings that were being conducted in the Royal Courts of Justice and viewed through live links by those who were unable to be physically present.

“They knew that this was the first day of a two-day hearing by a High Court judge of proceedings for judicial review.

“None of them would have dreamed of making a video or audio recording inside the courtroom.

“It should have been obvious to them that the fact that it was possible to view the proceedings remotely made no difference.”

The judges added: “Both the reporter and the news editor frankly accept that they knew that there was a prohibition on recording and broadcasting court hearings, both physical and remote, and that if anyone had raised a query about the legality of what they were proposing to do, the penny might have dropped.

“However, against a background where most of their reports included online interviews and footage from virtual meetings, the fact that they should not have been recording the hearing of the… proceedings, let alone broadcasting it, simply did not occur to either of them.

“As Mr Trevor Burke QC, who appeared on behalf of the BBC… put it, they and all the other journalists involved in this unhappy saga ‘failed to join up the dots’.”

The judges accepted there was no “deliberate disobedience” of a court order and that the actions of the staff involved were “closer to reckless disregard than negligent oversight”.

At a hearing in November, shortly after the incident, Mr Burke apologised unreservedly to the court on behalf of the BBC for what had happened.

The court was told it was an “innocent mistake” and “did not register” with the journalists involved that the hearing was subject to the same restrictions online as a physical court hearing.

The corporation took immediate steps to withdraw the footage and ensure there was no repetition of the events and a memorandum was circulated to around 3,000 staff highlighting the issue and reminding them of the prohibition on recording court proceedings.

The BBC legal department told the court training was being arranged to ensure that any journalist involved with court proceedings would be know their obligations.

The judges added: “We were glad to hear that steps have now been taken to reinforce that message orally to individual staff at meetings whenever court proceedings are to be covered by BBC reporters.”

The 2020 Coronavirus Act says: “It is an offence for a person to make, or attempt to make – (a) an unauthorised recording, or (b) an unauthorised transmission, of an image or sound which is being broadcast.”