In a special open air ceremony at Windsor Castle, the Queen capped off an astonishing year for the WW2 veteran 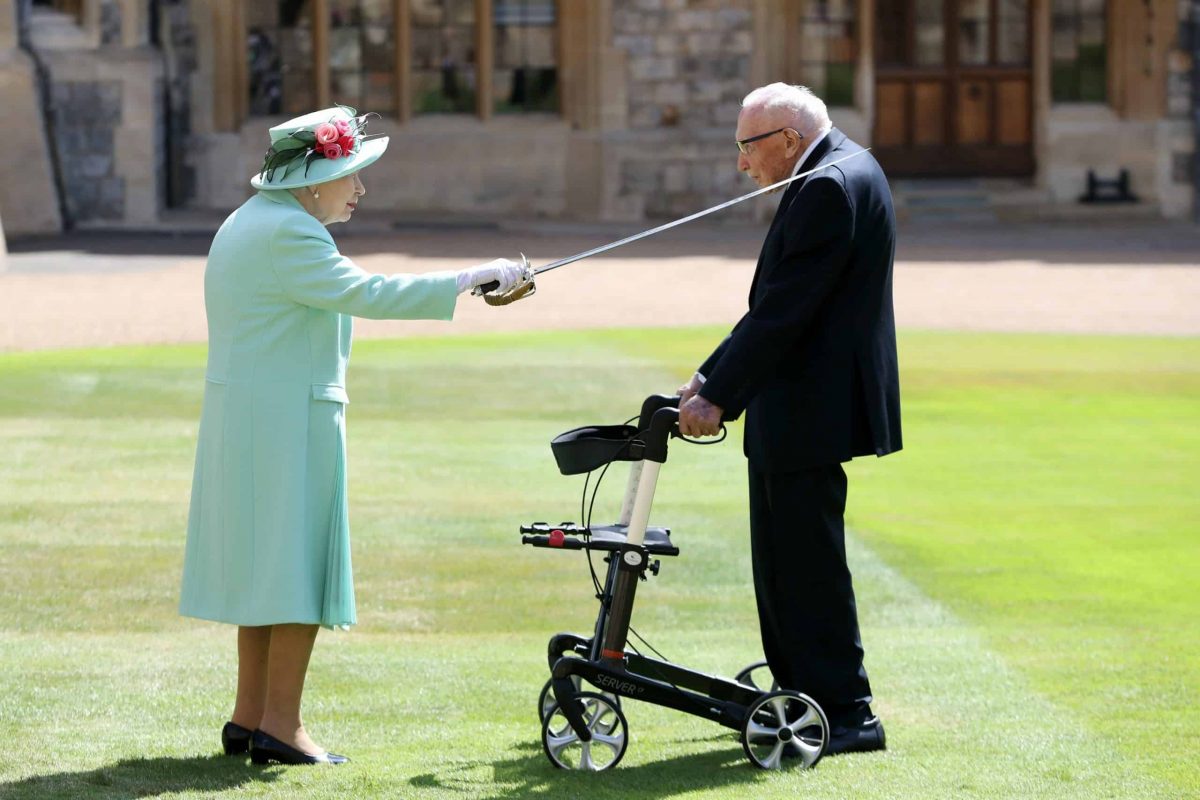 National hero Captain Sir Tom Moore has been knighted by the Queen, in recognition of his outstanding achievement raising almost £33 million for the NHS.

The Second World War veteran’s extraordinary year was capped capped off as the Queen dubbed him a knight with her father’s sword.

Staged in the open air, in the imposing setting of Windsor Castle’s quadrangle, the ceremony saw the 100-year-old former Army officer joined by his family.

The Queen has been shielding at her famous Berkshire home for much of the lockdown with the Duke of Edinburgh, and the event was her first face-to-face royal engagement with a member of the public since March – albeit with social distancing.

‘A beacon of light’

Sir Tom had set out to raise £1,000 by walking 100 laps of his garden in the village of Marston Moretaine in Bedfordshire before his 100th birthday on April 30.

But his efforts struck a chord with national feeling, and praise and donations flooded in, with Prime Minister Boris Johnson saying the veteran “provided us all with a beacon of light through the fog of coronavirus” – and recommended he be knighted.

The head of state’s arrival into the quadrangle was signalled by the sound of bagpipes played by the Queen’s Piper, Pipe Major Richard Grisdale, of the Royal Regiment of Scotland.

Earlier, the Queen and Duke of Edinburgh and other close family attended the unannounced wedding of their granddaughter Princess Beatrice and Edoardo Mapelli Mozzi in a nearby chapel.

The monarch was joined in the quadrangle by the Master of the Household, retired Vice Admiral Tony Johnstone-Burt, who carried the insignia of Knight Bachelor, while one of the Queen’s Pages was entrusted with King George VI’s sword.

With her father’s sword in her hand, she lightly touched him first on his right shoulder then his left with the blade – dubbing him a knight.

Related: Captain Tom Moore to be given knighthood