Cuts to humanitarian aid by the UK are a "tragic blow for many of the world's most marginalised people", 200 charities said in a joint statement. 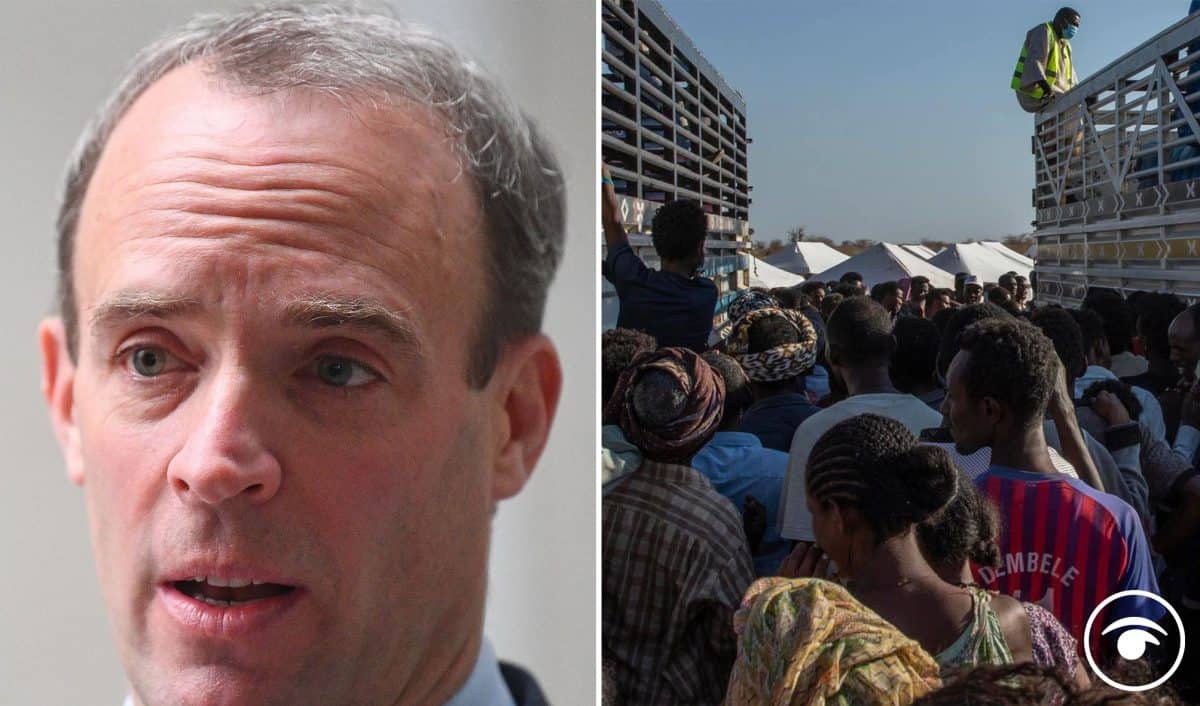 Dominic Raab has announced £22 million worth of investment to bolster cyber security capabilities in developing countries as he warned hostile state actors and criminal gangs are using technology to undermine democracy.

It comes as NGOs dismissed a claims by U.K. Foreign Secretary Dominic Raab that “no one is going hungry because we haven’t signed checks” as “shocking” and “simply not true.” Following the economic shock of the coronavirus crisis, the chancellor cut the foreign aid budget from 0.7% to 0.5% of total national income – a reduction of around £4bn.

Cuts to humanitarian aid by the UK are a “tragic blow for many of the world’s most marginalised people”, 200 charities said in a joint statement, in April.

Organisations including Save the Children and Oxfam said humanitarian assistance was being reduced by more than £500m.

While the UK will continue cutting aid through 2021, Joe Biden announced this month an increase of $5.4bn (£3.9bn) or 10% for USAid, the US government’s international development agency.

Aid organizations are still grappling with funding uncertainty — despite being weeks into a new financial year — and have said they are gravely concerned about the impact their programs will feel from U.K. aid cuts, including in Syria, Yemen, and the Democratic Republic of Congo.

Jean-Michel Grand Action Against Hunger’s Grand said Raab’s comment was “simply not true.” He wrote: “Right now in the DRC, 27 million people are going hungry, and 22 days into the new financial year our teams are still waiting for assurances on their funding. Health centres will close. Lives will be lost.”

The co-founder and co-CEO of Purposeful in Sierra Leone said: “The timing of this is terrible not just because of the G7 and pandemic. It will means thousands of girls will not have access to life-saving sexual reproductive facilities. It undercuts the UK’s moral authority. These are political cuts.”

The Foreign Secretary told the CyberUK conference that authoritarian regimes including North Korea, Iran, Russia and China are using digital technology “to sabotage and steal, or to control and censor”.

Speaking at the conference on Wednesday, Mr Raab urged for international law to be respected in cyber space and concluded there is a need to clarify how rules around online activity are enforced.

The UK, jointly with Interpol, will set up a new cyber operations hub in Africa working across Ethiopia, Ghana, Kenya, Nigeria and Rwanda to support joint operations against cyber crime.

In a speech four years on from the WannaCry ransomware attack, which hit the NHS and affected hospitals across England and Scotland, Mr Raab said cyber criminals now also acted as a threat to democracy.

He said: “There is also a democratic dimension to the threats that we see because elections are now a prime target.”

The Foreign Secretary referred to the UK’s 2019 general election, which he said Russian actors attempted to interfere with, as well as “multiple cyber attacks” during the 2016 and 2020 US elections.

In the last year alone, the National Cyber Security Centre dealt with 723 major cyber security incidents, the highest figure since the agency was formed five years ago, according to the Foreign Secretary.

“Some of this activity is aimed at theft or extortion, but it all too often is simply focused on sabotage and disruption,” he told the conference.

“I think it’s worth saying these actors are the industrial-scale vandals of the 21st century.

“These hostile state actors, the criminal gangs, they want to undermine the very foundations of our democracy.”

Outlining the UK’s strategy in dealing with such threats, including advice to businesses and families, Mr Raab said the efforts were “starting to pay off” as the nation made improvements in disrupting and deterring malicious activity.

“We want to see international law respected in cyberspace, just as we would anywhere else,” he told the conference.

“We need to show how the rules apply to these changes in technology, the changes in threats, and the systematic attempts to render the internet a lawless space.

“Our challenge is to clarify how those rules apply, how they are enforced, and guard against authoritarian regimes bending the principles to meet their own malicious ends.”

The £22 million of new funding is set to support cyber capacity in vulnerable countries, particularly in Africa and the Indo-Pacific, which will go towards supporting cyber response teams and online safety awareness campaigns.

Mr Raab added: “We can lead internationally in protecting the most vulnerable countries and at the same time bring together a wider coalition of countries to shape international rules that serve the common good.”