★★★★★ It all seems so simple; tired of horrible bosses and demeaning employment, Ricky (Kris Hitchen) decides to become a delivery driver under the oversight of ‘patron saint of nasty bastards’ Maloney (Ross Brewster). Quickly ensnared in a workaholic system of abuse and exploitation, Ricky and his wife Abbie (Debbie Honeywood), who works as a […] 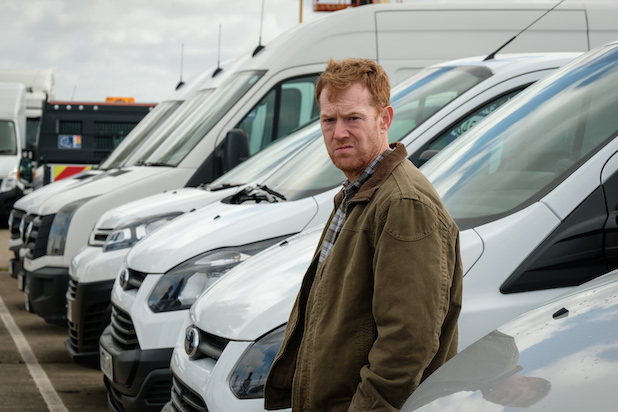 It all seems so simple; tired of horrible bosses and demeaning employment, Ricky (Kris Hitchen) decides to become a delivery driver under the oversight of ‘patron saint of nasty bastards’ Maloney (Ross Brewster). Quickly ensnared in a workaholic system of abuse and exploitation, Ricky and his wife Abbie (Debbie Honeywood), who works as a carer, struggle to find time for their children Seb (Rhys Stone) and Lisa Jane (Katie Proctor).

Whereas Ken Loach’s previous work I, Daniel Blake took a swing at Britain’s deliberately cruel system of out of work benefits, Sorry We Missed You takes a chainsaw to the nation’s ‘gig economy’.

Not technically employed means realistically ensnared, as Ricky has to suffer Maloney’s abuses if he is to pay off the van he owns and make a new life for his family in a home that is theirs. Loach’s judgement is also turned on the viewer; when was the last time you gave a second thought to whoever delivers your parcels?

Loach has doubled his avenues of attack, with the anguishes of Abbie having to travel (unpaid) between the more vulnerable residents of Newcastle incredibly hard to watch at points. Much is made of how much we value the NHS in this country, but the treatment of Abbie out here on the front lines is damning.

As with much of Loach’s previous work he is also able to mix in moments of comedy. Bright moments in the darkness include Mancunian Ricky’s spat with a Newcastle resident over respective football teams, or Seb trying to convince a council worker he and his mates have every right to be in front of a billboard with spray cans in their hands.

A standout performance comes from Brewster as depot boss Maloney. There is the old adage that no-one believes they are the bad guy, and he justifies his ruthlessness as bringing in extra custom for all drivers. When he mentions he wants to bring clients like Amazon and Samsung to the warehouse, it’s clear who Loach sees as the real enemies.

Sorry We Missed You lays it on thick, but it never reaches the socialist tub thumping of I, Daniel Blake. These are human beings bearing the costs of austerity and employment loopholes, a million miles from the political decision makers. The reasons for Seb rejecting the system seeing what it has done to his father are hideously obvious.

On a side note I ran into Stone and Proctor (who was equally excellent) at the Cannes McDonald’s, so these kids haven’t tried to distance themselves from the hoi polloi just yet.