By Dean Hochlaf New Zealand MP, Winston Peters has thrown his voice into the great EU referendum debate, by suggesting Britain leaves the EU, and “heal a rift” with the nations of the Commonwealth that emerged when Britain joined the EEC. He has even gone as far as suggesting a Commonwealth free trade area, which […] 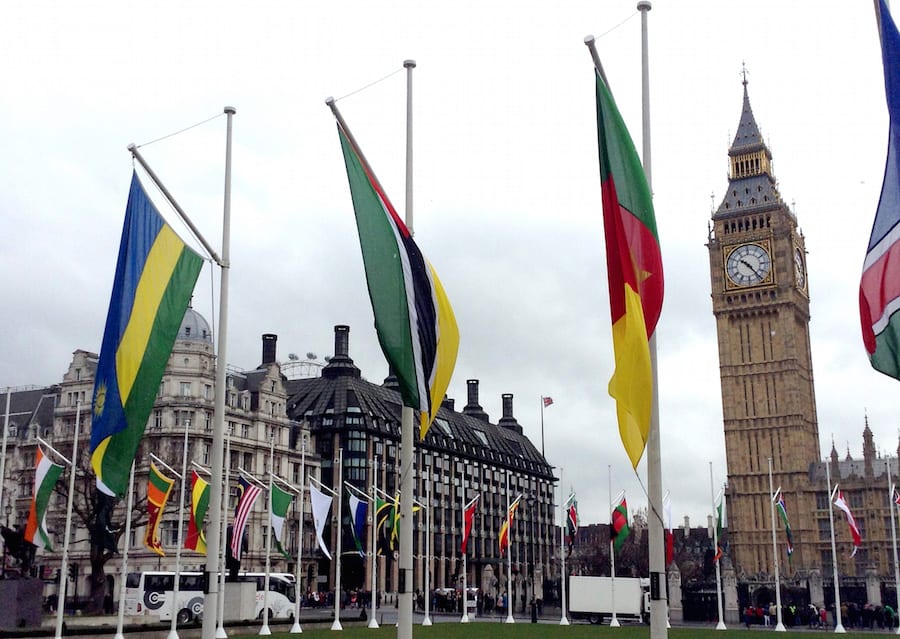 New Zealand MP, Winston Peters has thrown his voice into the great EU referendum debate, by suggesting Britain leaves the EU, and “heal a rift” with the nations of the Commonwealth that emerged when Britain joined the EEC. He has even gone as far as suggesting a Commonwealth free trade area, which has been enthusiastically picked up by the UKIP Commonwealth spokesman. The concept of a Commonwealth free trade area pops up every now and then as an alternative to the EU, but with the referendum on the horizon, it is likely this suggestion will begin to gain more traction. However, before Britain turns away from the EU to charge back into the days of Empire, there are a few practical implications we should take to appreciate why a trade bloc of Commonwealth nations wouldn’t be as wonderful as the Eurosceptic would like to imagine.

Geography is a primary concern. The proximity of EU states helps keep transportation costs low, which keeps prices competitive. Commonwealth nations are scattered across the globe, with no direct links between most regions. Furthermore, the infrastructure within many Commonwealth nations is not conducive for competitive pricing. The quality of roads and ports in some Commonwealth nations will diminish the scope for trade. These additional costs are in effect non-tariff barriers, which a free trade agreement won’t solve.

There is also the fact that the majority of nations in the Commonwealth have significantly smaller economies and productive capabilities than Britain. The UK, Canada and India might easily be able to take advantage of new market opportunities in the Commonwealth, but for the bulk of nations this won’t be possible. The type of goods produced in developing nations, such as agricultural goods and raw materials aren’t necessarily high in demand in post-industrial nations such as Britain and Canada. Likewise, the high cost goods and services developed nations export may not find the same demand base in the Commonwealth than they do in the EU. The opening of trade to industrial powerhouses like India could diminish the fledgling manufacturing sectors in some Commonwealth nations which won’t be able to compete. In short, a free trade agreement for the Commonwealth would likely be exploited by the major economies, at the expense of the developing nations.

It also should be noted that many Commonwealth nations are already tied to trade agreements that were born as a result of Britain joining the EEC. Without the preferential treatment by Britain many Commonwealth nations turned elsewhere for trade. A Commonwealth free trade area would mean existing deals would have to be reviewed, at some cost to the other nations of the Commonwealth, including two which are currently in the EU and Canada which enjoys a free trade agreement with the USA. Nations in regional trade agreements are also bound by the conditions and rules of the World Trade Organisation, which also would stand as an obstacle to a single Commonwealth market. Developing nations would be better off, given their limited resources, to help promote favourable concessions in trade negotiations, rather than completely challenge the WTO and overhaul their trading relations.

When it comes down to it, trade is based on supply and demand. Free trade deals become lucrative when tariffs are the barrier to entry, but in the case of the Commonwealth, there are more complications which increases the cost of trade. A free trade area would not eliminate these costs. Furthermore, the difference between the needs and economies of the Commonwealth nations are so vast, it is hard to see how such a deal would reconcile them. In 2010, three nations were responsible for almost 70% of service exports in the Commonwealth. This should be enough to highlight the differences in trading needs. There are also no calls for a Commonwealth free trade arrangement from any major Commonwealth governments. Arguably the two rising powers, of the Commonwealth, India and South Africa, are more concerned with building their relations with their fellow BRICS partners, than seeking free trade with a former imperial power.

The polls suggest a “Brexit” is unlikely, but it is a possibility, and if it does occur Britain will need to seriously re-evaluate its position in global trade, in line with international agreements. Trade negotiations are already expected to be tough, especially in light of the recent claim from the United States, that they will not seek a preferential trade deal with Britain. Britain will need deals that reflect the needs of both Britain and the trading partner. It cannot latch on to the Commonwealth due to a shared history.

Trade is not about misguided nostalgia. If there was a time when the Commonwealth could have developed into a prosperous trading bloc in a post-colonial world, it has long gone. This isn’t to say individual or multi-lateral treaties with Commonwealth nations are undesirable, but rather when it comes to trade, there is no way to seriously assert a Commonwealth free trade arrangement is a viable, or appropriate alternative to the EU, which geographically and economically is more suited to Britain’s trading interests and the interests of many other Commonwealth nations which see Britain as a base for their own dealings within the world’s largest single market. It is time for those wishing to leave the EU to put forward a comprehensive and credible trading strategy in the event of their success, and to stop indulging the fantasy of Empire.