The Tory MP has been blasted for supporting hunters who activists say illegally chased foxes, killed pets and terrorised locals 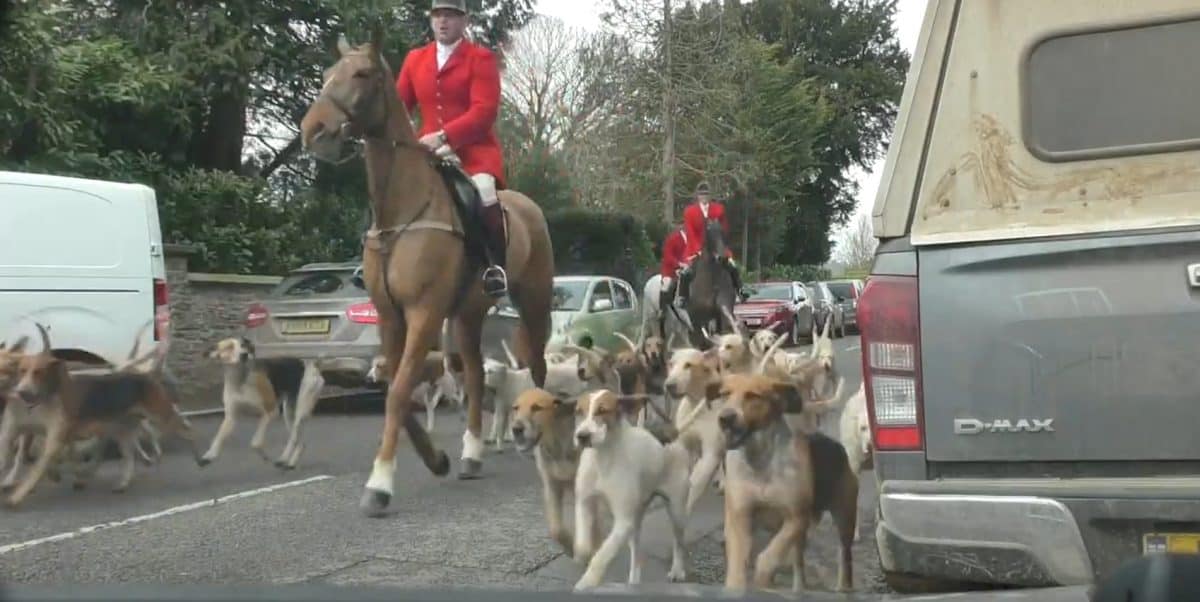 The League Against Cruel Sports has released footage of the Mendip Farmers Hunt leaving Gournay Court in West Harptree – the home of the North East Somerset MP.

The campaign group allege in January the hunt was caught on camera illegally chasing a fox at another site and have condemned Mr Rees-Mogg for his part in the sport.

They say the hunt has been “terrorising locals” and killing their pets.

The group has now blasted Tory MP Rees-Mogg for being involved with a hunt they say has hunted illegally before.

Chris Luffingham, director of campaigns at the League, said: “It’s nauseating that Rees-Mogg should be supporting such an inhumane and cold-blooded activity.

“It’s clear that he is completely out of touch with the views of a British public that is overwhelmingly opposed to fox hunting.”

Some local residents have also spoken out against the hunt, claiming they have previously trespassed on private land and allowed their hounds to attack pets.

Sarah, a member of Mendip Hunt Watch, said: “The Mendip Farmers’ Hunt have been allowed to terrorise the Mendips area and its residents for too long. Local people who do not agree with fox hunting have been intimidated if they have stood up to the hunt.

“Locals regularly have their land trespassed onto and their pets and animals attacked and even killed.”

“If there is any evidence to suggest illegal hunting has taken place then it should be reported and investigated through the correct channels.”

A spokesperson for Jacob Rees-Mogg said the MP had received notice from Avon and Somerset Police on March 15, confirming they were not aware of any offences committed under the Hunting Act 2004, following a meet on March 2.

Mr Rees-Mogg said: “The law regarding hunting is clear. If you are aware of any breaches of this law, you should report all instances directly to the police”

They claim footage obtained by private investigators shows hounds from the hunt chasing a single fox on the Draycott Slaights nature reserve, near Cheddar in Somerset in January.