Kelly Mary Fauvrelle was stabbed to death at her south London home on Saturday and medics are desperately trying to save her baby son. 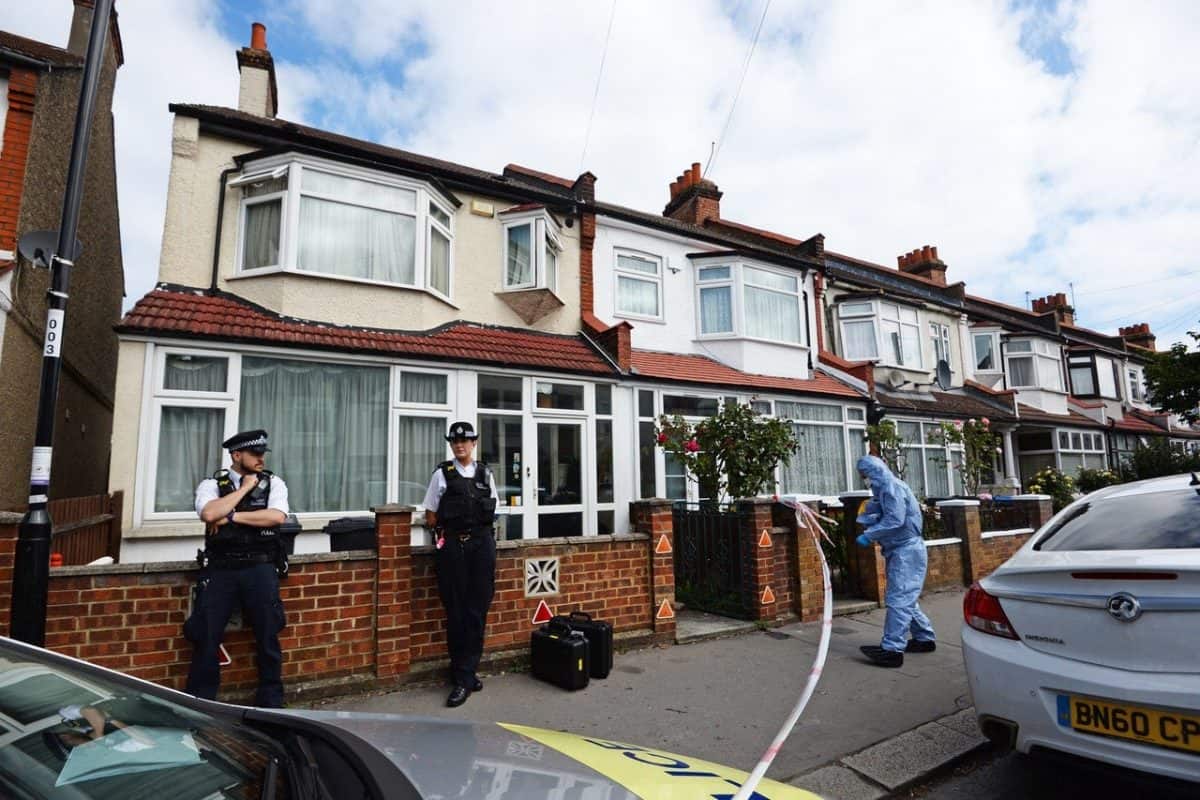 Police officers at the scene in Raymead Avenue, Thornton Heath, where Kelly Mary Fauvrelle was stabbed to death (Kirsty O’Connor/PA)

Colleagues of a heavily pregnant postal worker who was stabbed to death are “in total shock”, a union leader has said.

She was the 65th person to lose her life to violence so far in London this year and one of four over the weekend.

Mr Ward called on the Government to reverse police cuts in the wake of the death.

Police say they are keeping an open mind as to the motive over Ms Fauvrelle’s death.

The general secretary of the Communication Workers Union, paid tribute to 26-year-old Kelly Mary Fauvrelle in a statement published on Twitter.

As her tiny infant son remained in a critical condition in hospital, Mr Ward said: “Kelly leaves behind a baby fighting for their life, a family devastated by the loss and colleagues who are in total shock.

“The union will do everything possible to help Kelly’s family and our members during this period.”

Ms Fauvrelle, who worked at Croydon Delivery Office and was eight months pregnant, was killed at her home in Thornton Heath, south London, in the early hours of Saturday.

Paramedics managed to deliver her baby son and family members remain at his bedside in hospital as medical teams battle to save him.

Two men have been arrested on suspicion of murder. One, aged 37, was released under investigation on Sunday, and a second, aged 29, has been released on bail until early August.

She was the 65th person to lose her life to violence so far in London this year and one of four over the weekend.

“Yet another loss of innocent life is utterly sickening. It is clear the gang culture and environment across the UK but particularly in London has reached a level where it just cannot go on.

“The CWU calls for an immediate reversal of police cuts in London and across the UK as an absolute priority and we will link up with other organisations to pressure the Government and Mayor to act now.

“The streets are not safe any more and this is not the world we should hand over to our children and grandchildren. Enough is enough,” said the union chief.