First they came for our Toblerone, now they have come for our Dairy Milk. 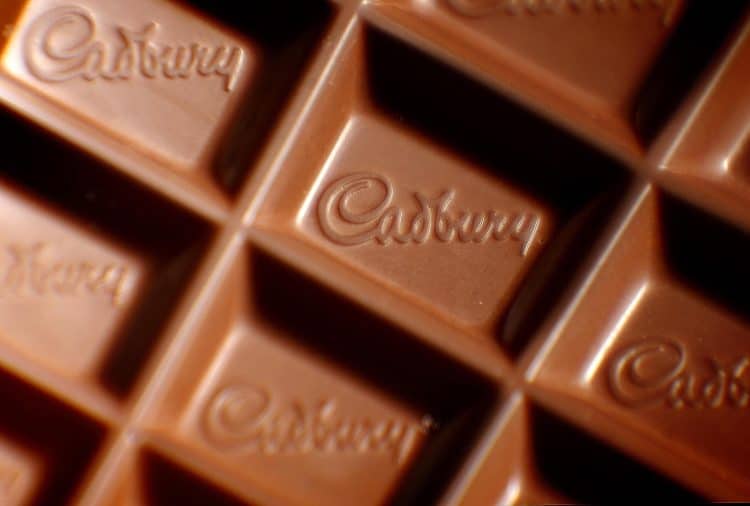 Cadbury has been forced to reduce the size of its Dairy Milk sharing bars by a whopping 10 per cent – even though prices will stay the same.

US parent company Mondelez said the shrinkflation – reducing the size of a product but keeping its price the same in order to improve profitability – was the first by Dairy Milk in a decade, and follows similar moves by other prominent chocolate bars over the years.

At the end of 2018 biscuit giant McVitie’s came under fire for shrinking the size of their Christmas ‘yard’ of Jaffa Cakes to just 28 inches – and including EIGHT fewer treats.

And the ‘Brexit Toblerone’ became the perfect meme for a troublesome 2016 in Britain.

Now, with another crisis facing Brits, Dairy Milk has become the first chocolate brand to succumb to the perils of shrinkflation.

Dairy Milk sharing bars will be shrunk by 10 per cent as the company passes on the impact of soaring costs to customers.

Parent company Mondelez blamed rising inflation in the production of its chocolate as it reduced the size of its larger bars from 200g to 180g.

The bars are still being typically sold at £2 despite the size reduction.

Meanwhile, a year earlier the 140g chocolate bar was reduced in size to 120g.

It comes as the cost of living crisis gathers pace, with accelerating food inflation placing pressure on UK households.

Last week, Consumer Price Index (CPI) inflation struck a new 30-year-high of 6.2 per cent for February and is expected to soar beyond 8 per cent in the coming months.

The figures for February showed that food inflation increased by 5.3 per cent year-on-year, with milk, fresh meat and coffee reporting particular sharp increases.

A Mondelez spokesman said: “We’re facing the same challenges that so many other food companies have already reported when it comes to significantly increased production costs – whether it’s ingredients, energy or packaging – and rising inflation.

“This means that our products are much more expensive to make.

“We understand that consumers are faced with rising costs too, which is why we look to absorb costs wherever we can, but, in this difficult environment, we’ve had to make the decision to slightly reduce the weight of our medium Cadbury Dairy Milk bars for the first time since 2012, so that we can keep them competitive and ensure the great taste and quality our fans enjoy.”