"I employ a lot of teenagers and thought it was unfair to single people out based on what labels they wore." 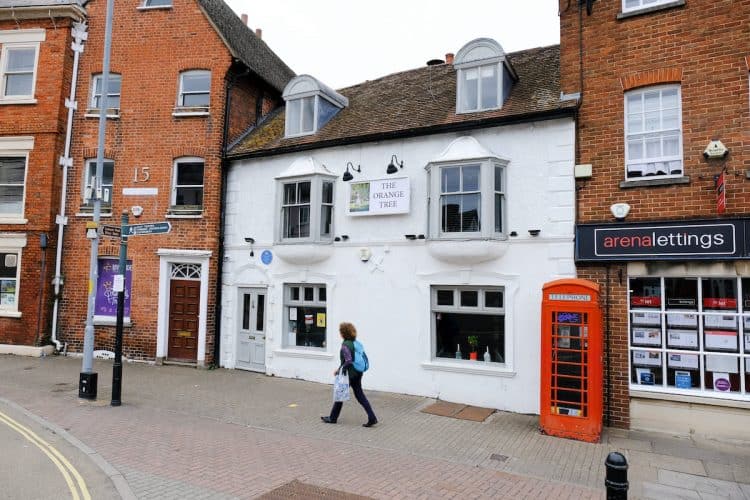 Businesses have started offering discounts for anyone who identifies as a “chav, roadman or Stone Island enthusiast” following a pub’s controversial ban.

He has also banned under 21’s from the city centre pub at weekends due to youngsters causing trouble who were “unable to handle their booze”.

Earlier this week, the decision caused anger among Hereford’s young community who accused the owner of prejudice and age discrimination.

Local businesses have now started lending their support to the city’s youth with one takeaway owner offering them a 20 per cent discount.

Loaded Burritos said they would slash their prices to anyone who identified as a “chav, roadman or Stone Island enthusiast”.

Owner Barnaby Williams said: “I employ a lot of teenagers and thought it was unfair to single people out based on what labels they wore.

“When everyone was going a bit mad about it,I thought it would be a good way to drum up a bit of business and show that we are inclusive.

“I just thought it’d be a bit funny and posted the discount on Facebook and it went a bit viral.

“It’s proved quite successful and we’re looking forward to welcoming more young people through our doors.

“They loaded burritos are usually £5 each, but they’re £4 each for people who identify as that way. But they don’t even have to be in the outfit.”

Elsewhere, a designer clothing retailer in Hereford has thrown his support behind the Italian brand Stone Island.

Giovanni Calandra, who owns Calandras Menswear, said he had been wearing Stone Island clothes for more than 32 years after first buying it in Italy in 1989.

He said: “Stone Island is a phenomenon in the world of designer branded clothing and has created such innovative pieces.

“People have their own opinions about the brand but personally, I think that it is one of the most premium and sought after brands on the market at this current time.

“There is more to Stone Island than just the badge, stigma and cult following.

“It is worn by Liam Gallagher and Pep Guardiola and you wouldn’t kick them out of your pub would you?”

Mr Hoyle previously defended his decision and said it was part of his mission to make The Orange Tree a “proper” pub again.

He took over the pub last summer and says the move is aimed at cracking down on unruly customers – which regularly includes “chavs or roadmen wearing bum bags”.

He said: “The youngsters don’t know how to handle themselves in a pub.

“A lot of them turned 18 during lockdown and are just misbehaving to be fair, and putting off other customers.

“There’s probably people in their 40s or 50s who wear it (Stone Island and sportswear), but I’m trying to make a statement.

“It’s those sort of young ones who are causing trouble.

“There’s a lot of young chavs, or roadmen, with bum bags in Hereford, if you know what I mean, been frequenting the pub and they don’t know how to behave.”

Student Neil Finley, 19, of Hereford, reacted with anger to the ban and said: “I think what he’s doing is very shallow, has he never heard of not judging a book by its cover?

“It’s age discrimination pure and simple and once again young people are all being unfairly tarnished with the same brush.

“He’s telling people who wear Stone Island clothes that they aren’t good enough for his pub, how can you judge a customer based on his choice of jacket?

“Why don’t you just ban anybody who causes trouble rather than singling out everybody under a particular age who happens to wear a hoodie.”

Jacob Astley, 22, of Hereford, added: “I understand that some young people play up after having a few too many but to slap a label on all of us is completely wrong.

“So somebody in a £400 Stone Island jacket isn’t welcome but if I turned up in a pair of £5 Primark trousers, I would be ok? It doesn’t make sense.

“Some of my mates are only 20 and we don’t cause trouble, but now we can’t drink in there because of this bonkers discriminatory policy.

“Its class discrimination as well, a lot of people wearing these clothes are working class lads.

“They are being singled out because of their social class.”