The Metropolitan Police have released an image of a man they want to speak to over the incident on a number 83 bus in north-west London on Friday. 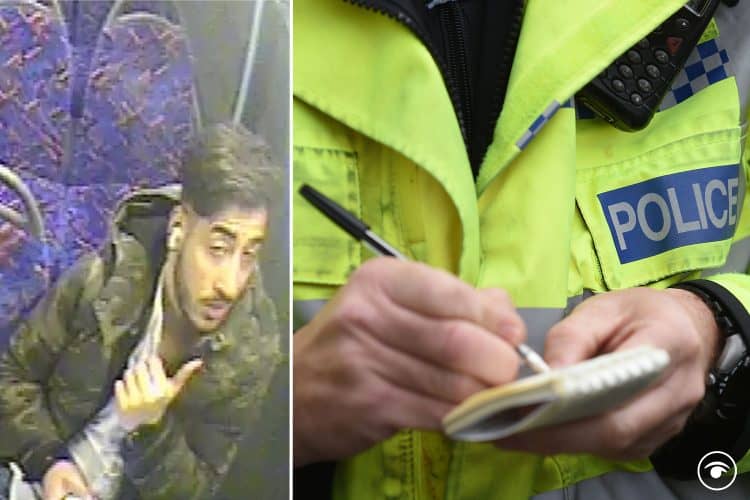 Police have released an image of a man they want to question after a bus driver was spat at when he challenged a passenger who was not wearing a mask.

The incident happened on a number 83 bus near Wembley, north-west London, at around 10.40pm on Friday, the Metropolitan Police said.

The force said the male passenger had agreed to put on a mask when the driver asked him to as he boarded, but then failed to do so when he sat down on the upper level.

When the bus stopped at Lakeside Way, the driver told the man he would have to get off if he refused to wear a mask.

The Met said the man then shouted at the driver and spat in his direction, hitting the glass on the front door.

Pc Matt Cannon, from the Met’s Roads and Transport Policing Command, said: “Bus drivers have worked throughout the pandemic at great risk to themselves, providing an essential service to key workers and others who rely on public transport to get around.

“Any assault against a driver doing their job is unacceptable, but spitting, given the threat posed by Covid-19 and what we know about how it is transmitted, is particularly appalling.

“We have been pursuing alternative lines of inquiry to identify this man, but so far it has not been possible to locate him. I’m hopeful the public hold the key to finding out who and where he is.”

Face masks are no longer required by law on public transport after the remaining coronavirus restrictions in England were lifted, but are required as a “condition of carriage” on Transport for London (TfL) services.

This means enforcement officers are able to deny access or eject passengers found to be non-compliant while using the TfL network.

Anyone who can help identify the man shown in the footage should call the Met on 101, providing the reference 1908495/21.