“It’s an important reminder that even during such a difficult year, humanity and generosity has shone brightly.” 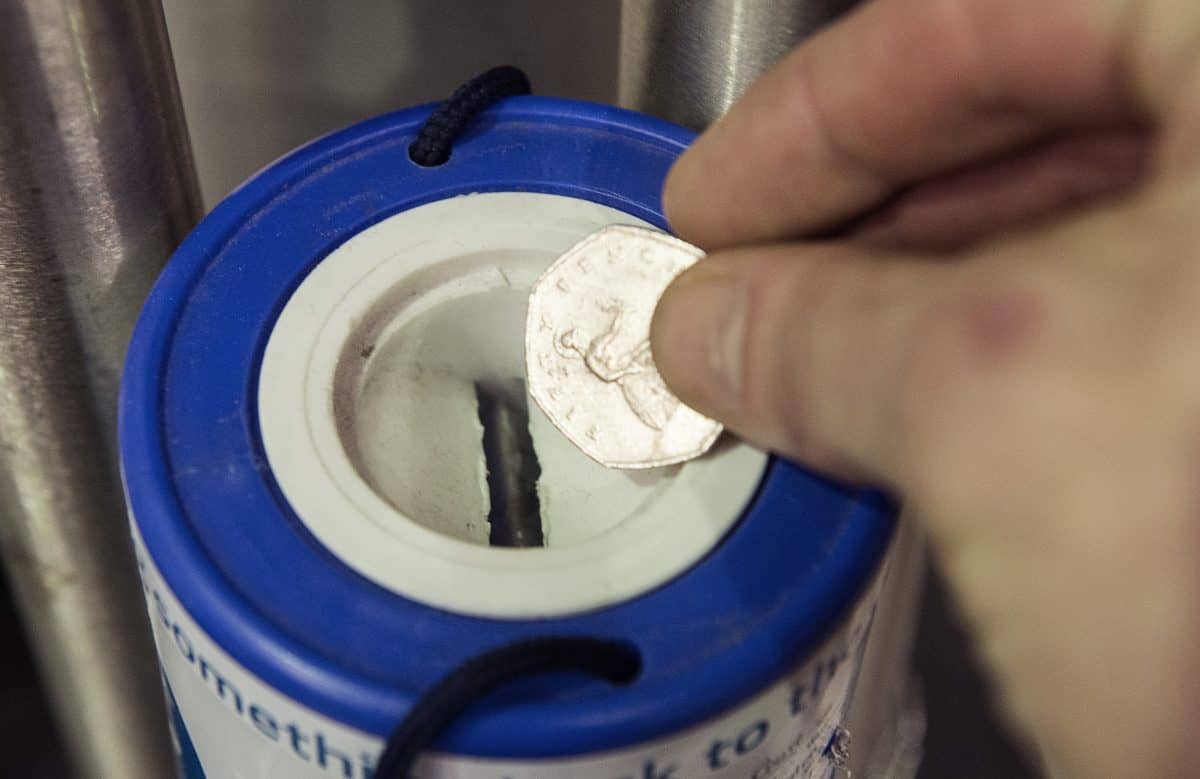 PICTURE POSED BY PHOTOGRAPHER A coin is dropped into a charity collection container in London.

The UK has been named the third most generous country in the world after donating more than £450 million between March and August.

During the Covid-19 pandemic, UK residents have made more than nine million donations to people affected by the health crisis, using online giving platform GoFundMe.

Derry was named the most generous city, followed by Cambridge and Edinburgh.

The charity sector has been hit hard this year, with many seeing funding dry up almost overnight as lockdown came into force and events had to be cancelled and shops closed.

Charities have also come under increased pressure for services, with more people turning to them for help.

John Coventry, GoFundMe’s senior international director, said: “The depth and breadth of kindness shown across the UK in 2020 has given us all some inspiration in a year to forget.

“We’ve been humbled to see millions of people coming together on GoFundMe to feed frontline workers, help families in need and support beloved businesses and charities throughout 2020.

“It’s an important reminder that even during such a difficult year, humanity and generosity has shone brightly.”

The news comes just weeks after Rishi Sunak announced that the government would be scrapping the 0.7 per cent international aid target.

A number of prominent Conservatives publicly expressed concern at the move – which formed part of the party’s manifesto – as the government’s economic forecasts were questioned by some economists.

Ex-foreign secretary Jeremy Hunt and ex-prime minister David Cameron, were among those criticising the plans to cut overseas aid from 0.7 per cent to 0.5 per cent of gross national income (GNI).

From funding funeral costs for healthcare staff who died with Covid-19, to a plumber raising money to foot the bill for free work for pensioners, and countless donations to local foodbanks — the UK has climbed two places from last year’s ranking of fifth.

One of Britain’s largest fundraisers made more than £1.2 million for the UK branch of Black Lives Matter and £530,000 for Black Minds Matter UK.

Nearly 30% of donors gave more than once, with the most prolific giving 145 times to 139 different fundraisers.

The UK’s most generous cities were:

The most generous countries based on the number of donations per capita were: