British workers picked fruit at a rate of between 33 and 35 pounds per hour. Migrant pickers managed 62 pounds an hour. 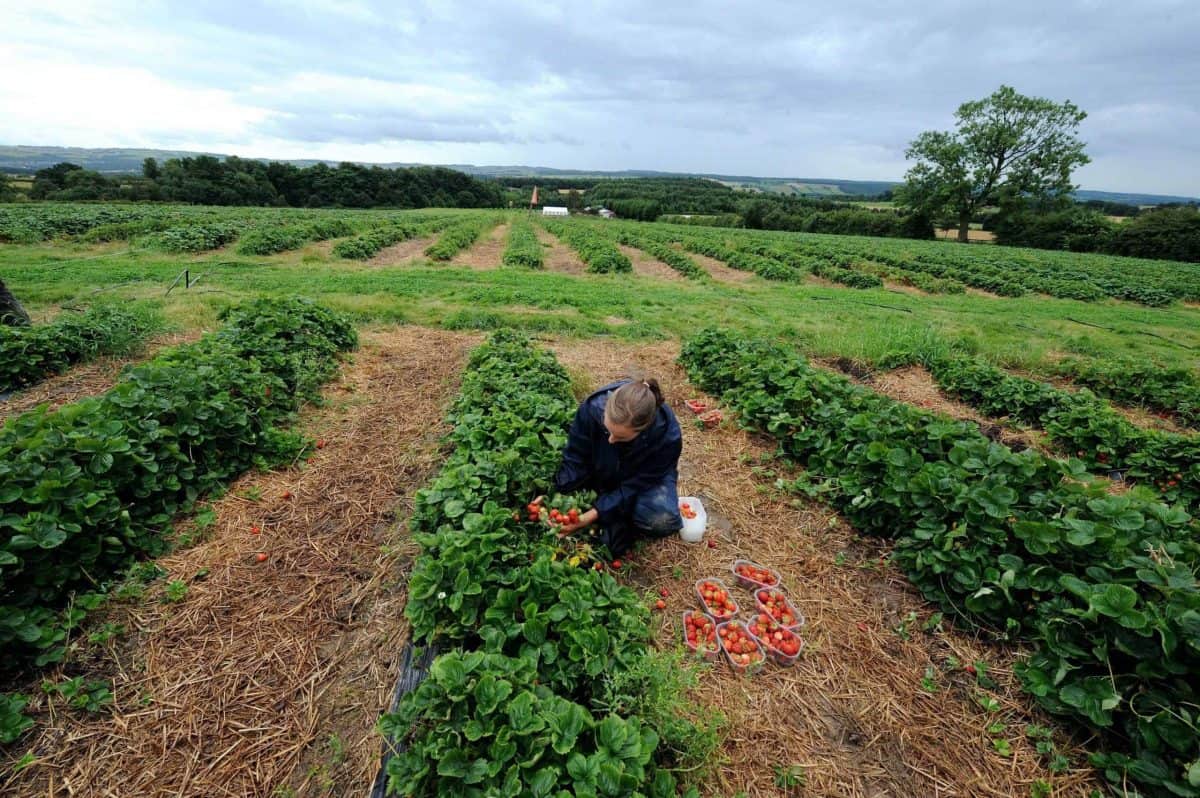 The coronavirus pandemic caused a drastic shortage of European fruit-pickers working on the UK’s farms – and the Brits who have replaced them are not pulling their weight.

Figures published in the Sunday Times revealed that, at two soft-fruit farms in southeast England, British workers picked fruit at a rate of between 33 and 35 pounds per hour.

Migrant pickers, on the other hand, manage 62 pounds an hour, according to the National Farmers’ Union – making them 44 per cent more productive.

In April – at the peak of the pandemic – it emerged that thousands of British workers who responded to a nationwide appeal to pick fruit and veg on farms rejected the jobs the were offered.

The government was forced to fly in hundreds of workers from Romania, after specialist recruitment firms revealed that fewer than 20 per cent of applicants for fruit-picking jobs were willing or able to take up work on farms.

One farm-owner in Worcestershire told the Sunday Times that her British pickers – furloughed workers and students among them – were a “very willing and enthusiastic bunch”, but their productivity did not match the foreign workers they’d replaced.

‘They’re used to it’

The result is more costs for businesses, which may have to be passed onto consumers.

Another farmer who recruited Brits said: “All the asparagus got harvested but it will have taken longer than normal. The Polish are more efficient. They’re used to it.”

It is little wonder that, as lockdown eases, farmers are eager to return to the speedy efficiency of eastern European pickers.