The British Council, whose patron is the Queen, were within their rights to sack a senior worker who described Prince George as the “face of white privilege” on a Facebook post, a tribunal has ruled. Angela Gibbins, 53, was given her marching orders after the “distasteful and personal attack” on the future King went viral […] 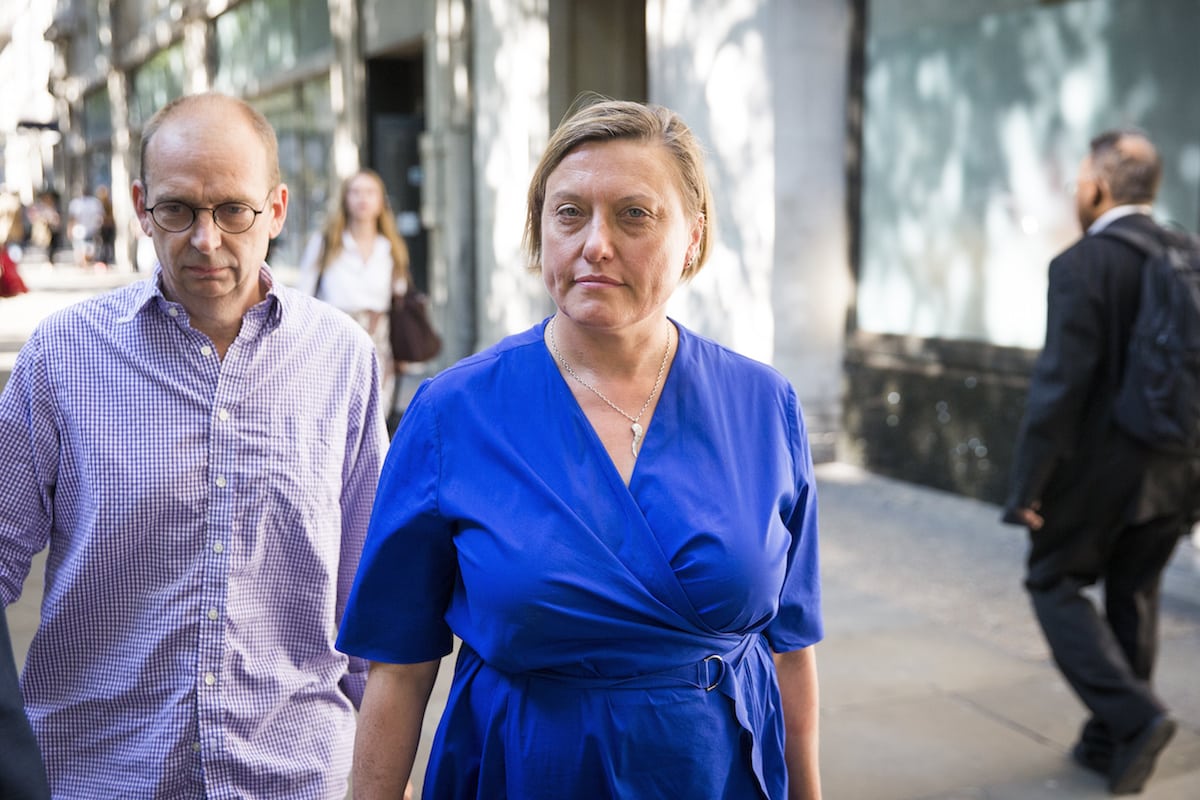 The British Council, whose patron is the Queen, were within their rights to sack a senior worker who described Prince George as the “face of white privilege” on a Facebook post, a tribunal has ruled.

Angela Gibbins, 53, was given her marching orders after the “distasteful and personal attack” on the future King went viral last July.

Her republican views were well known by colleagues. She refused to meet Prince Charles, the registered charity’s vice patron, when he toured their office and turned down the opportunity to go to the Queen’s garden party.

Left wing Ms Gibbins, nicknamed the “quiet Corbynista” and “the red under the bed” by work colleagues was also a fan of the late arch republican Tony Benn.

Whilst staff went to Margaret Thatcher’s funeral parade, she stayed at work.

Judge Sarah Goodman and colleagues said the British Council, which promotes UK culture worldwide, was right to fire her for “reckless lack of judgment, inexcusable in someone in a senior position.”

In a written ruling, the judge said: “The Tribunal agrees ‘reckless lack of judgment’ which had caused disrepute is sufficient for gross misconduct.

“We concluded that it was not the expression of republican belief that was the reason for concluding that the claimant had lacked judgment and thereby brought the respondent into disrepute.

“It was that she had associated herself with a distasteful and personal attack on a small child.”

She said they were handicapped by the lack of expert evidence on Facebook and little practical experience of social media themselves.

But Judge Goodman added: “Nevertheless we agree that posting controversially expressed views associated with an obscene remark about a child to 150 people by itself raised a risk that at least one of those might be so outraged by her comment as to pass it on.

“The claimant agrees that her remarks would have been unacceptable if associated with the British Council.”

Th British Council employs 12,225 staff across over 100 countries and gets 16 per cent of its budget from the publicly funded Foreign and Commonwealth Office.

Judge Goodman said: “Against the information to staff about social media use, this was on a par with gross negligence, and did amount to reckless risk taking. It did also bring the respondent into disrepute.

“It is relevant she was a senior employee. It was conduct undermining the respondent’s trust in her to express her views responsibly and not to bring them into disrepute.

“In view of her refusal to accept she had done wrong they could have no confidence something similar would not happen again. They could not be required to retain her in employment.”

Ms Gibbins, who earned more than £80,000 a year in her highflying role as head of global estates, was sacked the following month.

She also sued for ‘belief discrimination’, which was also rejected.

She posted the offending comment in response to a photo placed by the band Dub Pistols, with the caption: “I know he’s only two years old, but Prince George looks like a f**king d***head.”

This was followed by the comment “too much?”, which sparked a debate among Ms Gibbin’s friends about white privilege, Central London Employment Tribunal was told.

Ms Gibbins posted: “White privilege. That cheeky grin is the (already locked-in) innate knowledge that he’s Royal, rich, advantaged and will never know *any* difficulties or hardships in life.

“Let’s find photos of 3yo Syrian refugee children and see if they look alike, eh?”

She posted a further comment: “I’m sound in my socialist, atheist and republican opinions.

“I don’t believe the royal family have any place in a modern democracy, least of all when they live on public money. That’s privilege and it needs to end.”

A story about the comments was published two days later, on July 26, sparking a huge row and widespread media coverage.

Under pressure, Ms Gibbins sent an apology to Kensington Palace, and she was suspended the next day.

The charity said it received 700 complaint emails and calls from the public. MPs had also written to it.

Labour Party member Ms Gibbins said in her witness statement her long-held republican views were well known at the charity.

She said she had received numerous threats on Twitter, including that she should be “Jo Cox’d” for making comments supporting refugees and Syrian children. She had been unable to secure work since being sacked.

Rebecca Walton, the British Council’s EU regional director, who oversaw the disciplinary hearing, told the tribunal: “My concern would have been the same whoever our Patron was, whether from the Royal Family or not.”

“It is common knowledge that it is hard to keep your social media to 150 people, and 150 people alone are a lot of people.

“She didn’t think through the consequences of her actions.”

Ms Gibbins, of Walthamstow, east London, had said she either wanted her job back with compensation, another job or just compensation.