"Ever been more proud of being British?!", Marcus Rashford tweeted. 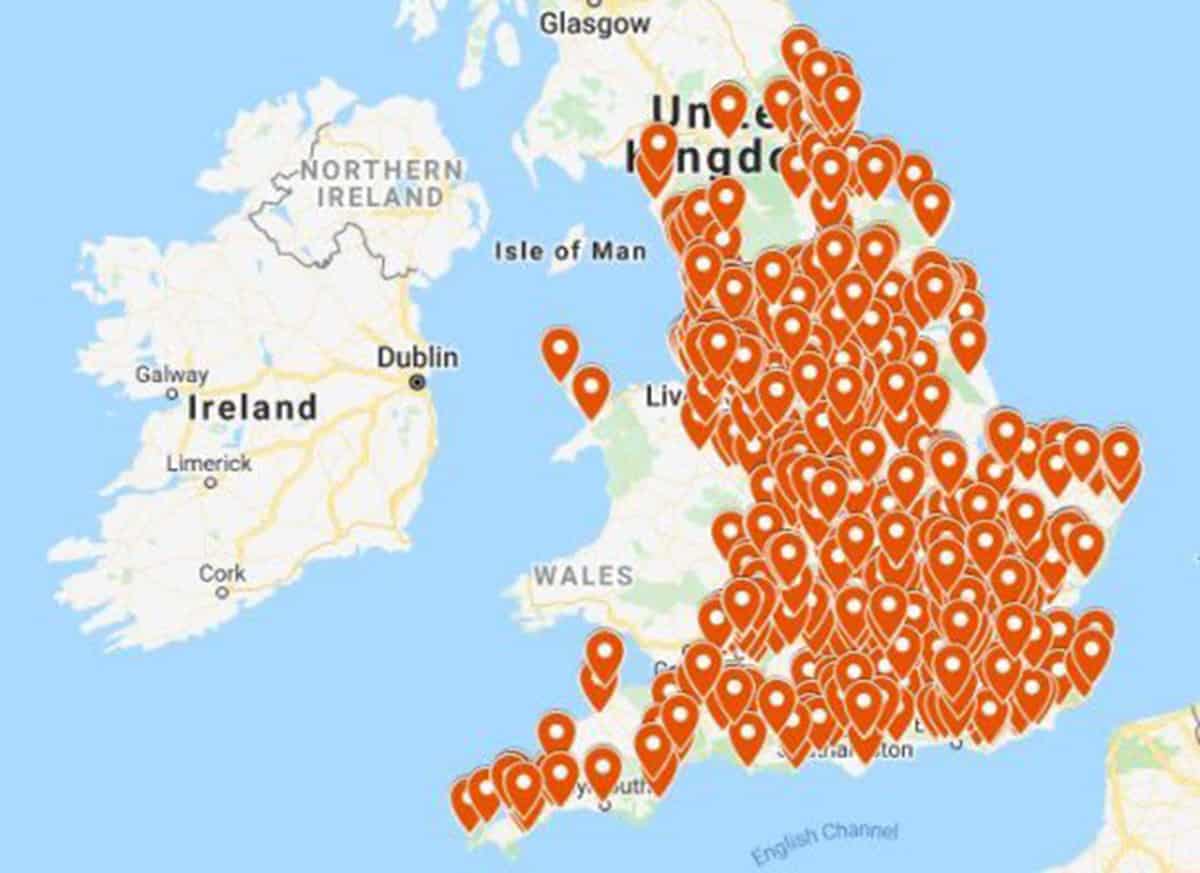 Britain was swimming in a sea of red pins after businesses, charities and organisation offering free school meals were mapped.

A website set up on the back of Marcus Rashford’s campaign to end child food poverty created an easy-to-use map for people who may need help with meals over the school holidays, demonstrating the scale of support for the initiative.

The Manchester United forward continued to tweet out organisations across the country who are participating in the scheme, with hundreds geared up to provide food to vulnerable children during half term next week.

Ever been more proud of being British?! And we’re still going, wow wow wow ♥️#ENDCHILDFOODPOVERTY pic.twitter.com/zMchidIAAI

It comes as Boris Johnson struggled to contain a growing Tory backbench rebellion as ministers continue to resist demands for a U-turn on free school meals.

A series of senior Conservatives have warned they could vote against the Government if there is fresh Commons division on extending free meals in England during the school holidays.

With public support for the campaign spearheaded by footballer Marcus Rashford continuing to grow, one senior Tory said the Government had “misunderstood” the mood of the nation.

Sir Keir Starmer also confirmed Labour would force another vote on the issue if ministers did not relent in time for the Christmas holidays.

In a letter to Gavin Williamson, shadow education secretary Kate Green said: “There is still time to change approach, but the Government must act quickly. If you change your policy now, we can ensure that no child goes to bed hungry on Christmas Day.”