The hostile atmosphere over Brexit could be exploited by far-right extremists, claims the UK’s most senior counter-terrorism officer  Assistant Commissioner Neil Basu said 18 terror plots were foiled in Britain since 2017, four of them far-right.  Mr Basu told the BBC: “We saw a spike in hate crime after the referendum, that’s never really receded. […] 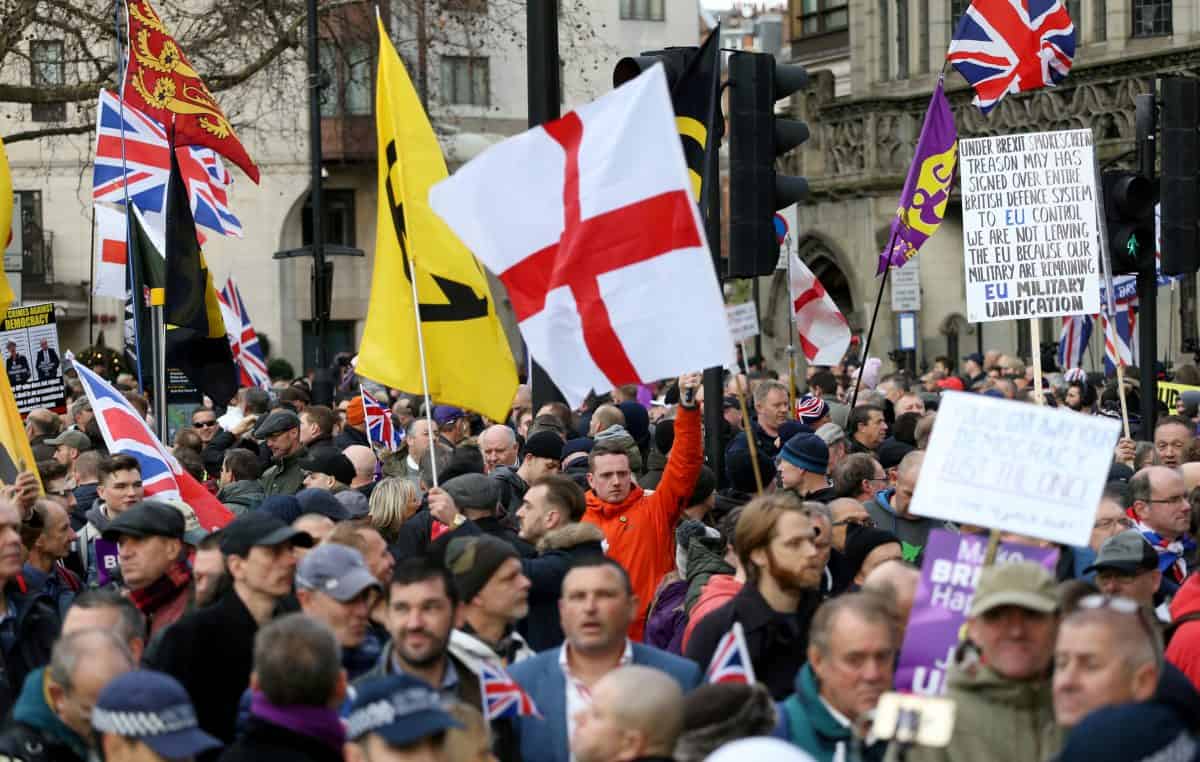 The hostile atmosphere over Brexit could be exploited by far-right extremists, claims the UK’s most senior counter-terrorism officer

Assistant Commissioner Neil Basu said 18 terror plots were foiled in Britain since 2017, four of them far-right.

Mr Basu told the BBC: “We saw a spike in hate crime after the referendum, that’s never really receded.

“So there’s always a possibility people are being radicalised by the kind of febrile atmosphere we’ve got at the moment.

“We want people to report anything that we think is going to lead to violent confrontation and people need to calm down and understand that we are paying very close attention to that and we will stop it wherever we see it.”

Commenting on today’s warning from Neil Basu, HOPE not hate’s campaigns director, Matthew McGregor, said:“We have continually reminded people that there is a real threat of violence from the far right and that that threat is on the rise.

“The violent extremists are becoming more extreme, younger, and real resources are needed to counter them. We welcome the fact that police are now taking this threat seriously.

“There are those in the far right trying to weaponise Brexit, like Stephen Lennon [Tommy Robinson], a radicalised UKIP and an assortment of DIY fascists, but those they appeal to are already angry, already obsessed by anti-Muslim views, and this is just a card the far right are trying to play.”

Mr Basu said that extreme right-wing activity was still a “relatively small threat.” However it is “something we’ve got to pay very close attention to in this country – that we don’t let that kind of far-right drift into extreme right-wing terrorism and we’re working very hard to stop that”.

Sajid Javid  recently commented that he was confident that with or without a Brexit deal Britain would “continue to be a very safe country”.