The pint bottles comeback would make Winston Churchill proud, as this was his favourite champagne measure. 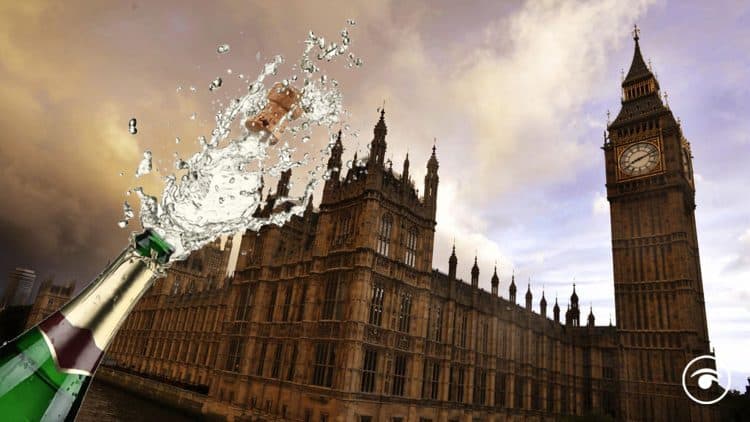 French champagne producers poured cold water over the UK government’s plans to bring back pint measures for champagne as a supposed “Brexit win”, it has emerged.

It comes after Foreign Secretary Liz Truss, Brexit-supporting newspapers and the Cabinet Office’s “Brexit opportunities unit” all supported the idea of bringing back pint bottles of sparkling wine – a small number of which was sold before the UK joined the European Common Market in 1973.

The bottles comeback would make Winston Churchill proud, as this was his favourite champagne measure.

But Pol Roger, the champagne house he liked the most and used to make pint bottles told The Independent that the idea of bringing it back is a “non-story” because of practical issues.

According to the company, the bottles are mostly made in France, but the last mould for pint-sized champagne bottles was lost a long time ago and would cost tens of thousands to remake, with no obvious advantage.

“We can’t just decant from the bottle in the pint bottle and say ‘hey we’ve got it’. How do I put this gently? It’s a non-story trying to be a story which we’ve sort of encouraged over the years because it amuses us, and it harks a bit back to the Churchill link,” James Simpson, managing director of Pol Roger Ltd in the UK, told the newspaper.

Other French champagne producers have also rejected the idea. Moët & Chandon, the largest champagne house, said it would not switch to the pint measure and another main producer, GH Mumm, said: “We can indeed confirm that we have no plans to produce and sell champagne in pint bottles.”

‘Not a common champagne measure anymore’

He said: “I think actually the English sparkling wine boys are pressing rather harder than we are at the moment.

“We’re also in a lucky position that we’ve sold every bottle of Pol Roger that we’ve released, so we’re not desperately rushing to come up with another size because there’s just not the booze to put in it.”

He said “probably 3 per cent” of champagne sent to Britain was in pint bottles, not the 60 per cent claimed in the Mail article, he said.

He added: “The story continues to run and run because people are amused by it.”

The London Economic has contacted the Cabinet Office for comment.

Related: Hundreds of UK jobs will be lost as Nestlé moves production of popular sweets to EU