"Consider that after they said they could regain prosperity, which meant to some extent that every EU national would be kicked out — at least a large part of them — well now they need to come back," Thierry Breton said. 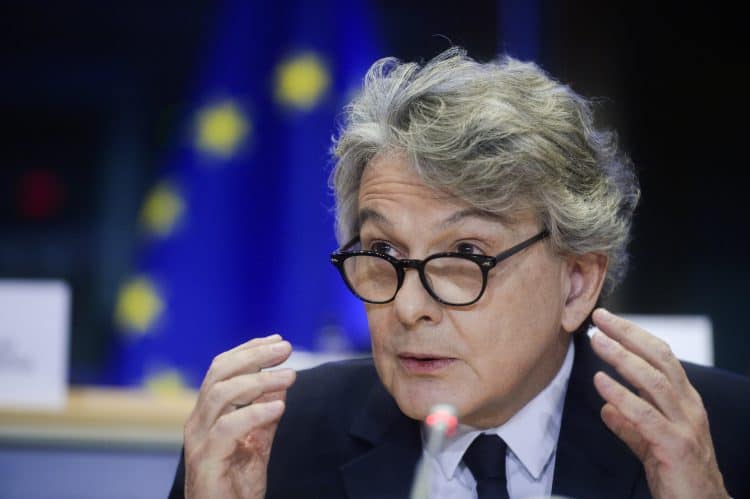 A top EU commissioner has said that the UK’s exit from the EU is causing “real drama” in the country.

Thierry Breton, the EU’s internal market commissioner, told a broadcaster in his native France that supply and labour shortages in the UK are an “economic catastrophe”.

“What is currently happening is a real drama.”

Breton also slammed the promises of Brexiteer politicians, suggesting their project has backfired.

He said: “Consider that after they said they could regain prosperity, which meant to some extent that every EU national would be kicked out — at least a large part of them — well now they need to come back, because nurses are missing. There’s 100,000 truck drivers missing… It is what it is and we deplore it.”

Breton added the UK has shown “a lot of bad faith” in discussing fishing rights, but said the EU was “used to this game now”.

The criticism comes after French fishermen were refused licences which they say they are entitled to under the Brexit agreement signed by the UK.

Last month, Breton said Brexit was “supposed to boost Britain’s global standing”, but highlighted it had “pretty much the opposite” effect.

Meanwhile, problems in Northern Ireland sparked by the UK’s departure from the EU prompted a law professor’s warning that UK will ‘seriously suffer’ from Boris Johnson’s Brexit.

Michael Dougan, from the University of Liverpool, said the UK society, economy and trade are all suffering because of the Tories’ ‘hard Brexit’.

He said: “We’ve discovered that Britain’s broken economic model, the economic model that the Tories presided over for most of the past lifetime of us, was actually created by EU immigrants who use their low-skill, queue-jumping privileges to drive down wages and undermine productivity.

“And it’s the bitter nasty Europeans who are simply obsessed with the idea of punishing poor little Britain for declaring its independence from Brussels. This is Soviet-style propaganda. We get it almost every day, gleefully repeated by the right-wing media.”

He warned Johnson is edging towards a significant part of the UK population ending up “so angry, disillusioned and alienated that they begin to cause a permanent threat to political stability within the country”, something which the prime minister “thinks he can control, but can’t”.