Iter is a collaboration between China, the EU, India, Japan, South Korea, Russia and the US - all of whom are sharing in the costs of construction. 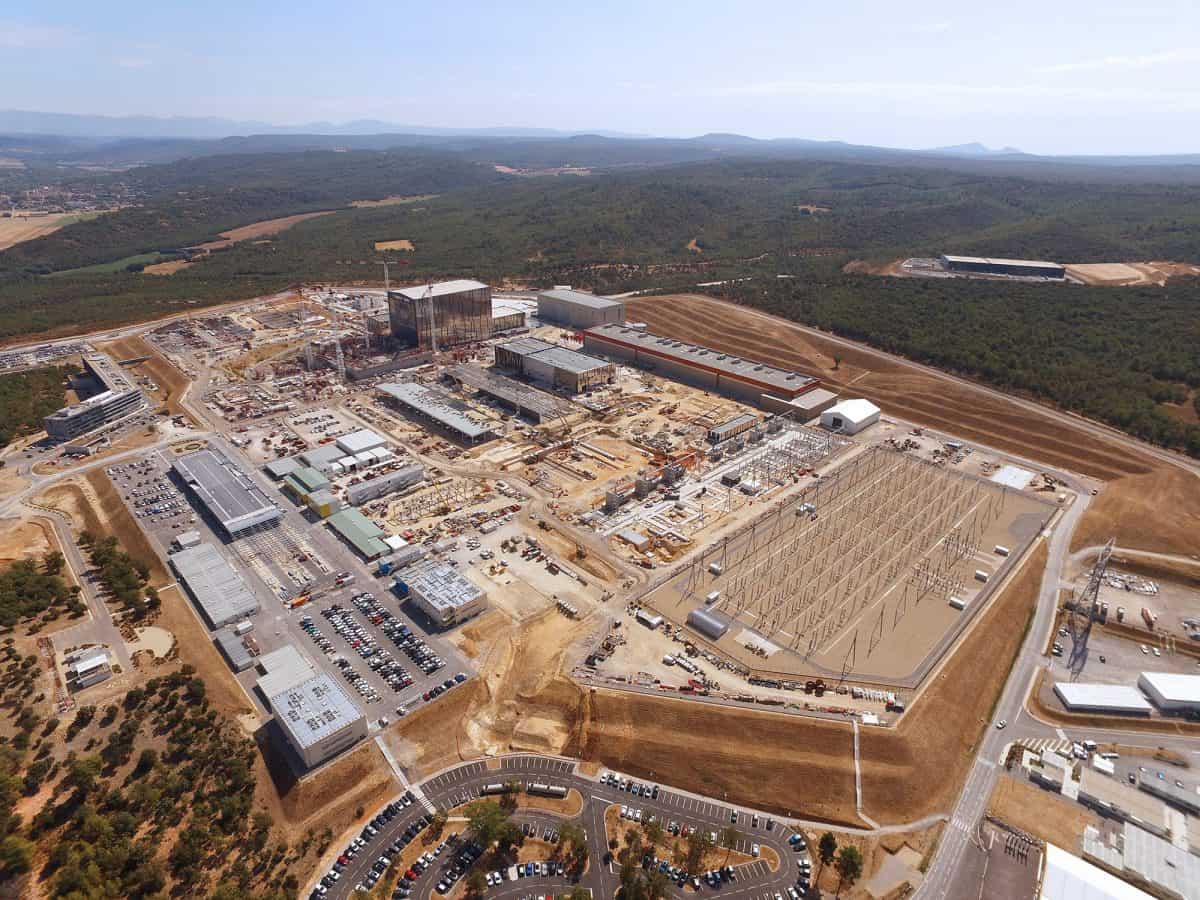 Assembly has begun on the world’s biggest nuclear fusion project – but the UK will not be a part of it.

The £18.2 billion facility in southern France will take five years to build, but will then be able to start generating the scalding-hot ‘plasma’ required for fusion power – which could be a source of clean, unlimited energy to help address the climate crisis.

Iter is a collaboration between China, the EU, India, Japan, South Korea, Russia and the US – all of whom are sharing in the costs of construction.

But Britain – despite currently being involved – is set to tumble out of the project, after the government withdrew from the Euratom treaty as part of Brexit.

The UK could maintain its role in Iter – but only if a new agreement is reached to keep it involved by the end of the Brexit transition on 31 December this year.

Whereas current nuclear energy relies on fission – during which a heavy chemical element is split to produce lighter ones – fusion works by combining two lighter elements to make a heavier one.

The process releases a huge amount of energy with very little radioactivity. The hot plasma will be cased inside a structure called a tokamak to control it.

French President Emmanuel Macron said that Iter could unite countries around a common cause.

Addressing a ceremony to mark the start of construction via video link, he said: “Iter is clearly an act of confidence in the future. The greatest advances in history have always proceeded from daring bets, from journeys fraught with difficulty.

“At the start it always seems that the obstacles will be greater than the will to create and progress. Iter belongs to this spirit of discovery, of ambition, with the idea that, thanks to science, tomorrow may indeed be better than yesterday.”

Prof Ian Chapman, chief executive of the United Kingdom Atomic Energy Authority (UKAEA), told the BBC: “It’s a hugely exciting phase of the project to be in.

“Most of us came to fusion to change the world – to make a massive difference to how we provide clean energy to future generations. We all know that we need Iter to succeed.

“We hope to see first plasma in five years. That will only be a short plasma – lasting a few milliseconds – demonstrating all the magnets work.

“Then there will have to be a further stage of assembly of some of the other components… Nevertheless it’s ticking off milestones on that path to demonstrating fusion at the commercial scale.”

Britain has its own fusion research programme – Jet – which will continue to operate with the help of the European Commission after Brexit.