BP owns a 20% stake in the Russian oil company, and the Russian government owns around 40%. 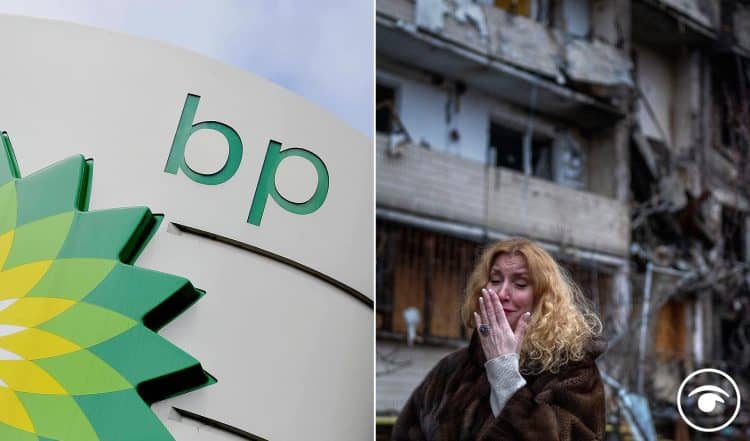 Oil giant BP admitted last year that sanctions on Russia could be problematic for its business, as global leaders are lining up to impose an even more stringent economic retaliation against the Kremlin.

When asked on Friday, BP refused to condemn Vladimir Putin’s full-scale invasion of Ukraine, which started the day before, and did not answer questions about the future of its stake in Rosneft.

BP owns a 20% stake in the Russian oil company, and the Russian government owns around 40%.

Several European former politicians stepped down from the boards of Russian companies on Thursday but the two men remain in place.

Rosneft’s chief executive, Igor Sechin, is a former deputy prime minister in Mr Putin’s government, and is reportedly known as Darth Vader behind the scenes in Moscow.

Rosneft and Mr Sechin were sanctioned by the US government in 2014. At the time the US said that Mr Sechin “has shown utter loyalty to Vladimir Putin – a key component to his current standing”.

He said: “The absence of Gazprom and Rosneft, part-owned by BP, in today’s sanctions list is the elephant in the room. The UK must do everything we can to stand in solidarity with the people of Ukraine.

“Russia’s state-owned oil and gas giants stand to profit from this war and soaring prices. We must start treating Putin’s Russia like the rogue state it is and immediately cut off UK investment in these firms.”

Despite repeated questions from the PA news agency BP did not answer the question whether it supports or opposes Mr Putin’s invasion.

Instead it released a statement saying that the developments in Ukraine and Russia are “concerning”.

On Thursday morning Mr Putin’s troops started crossing the border into Ukraine itself, after previously having only entered the territories in the eastern area of Donbas that Russian proxies have occupied since 2014.

“We are closely watching the concerning developments in Ukraine and Russia,” BP said in response to questions about its position on the invasion or whether it will raise objections in Russia.

“We are doing all we can to monitor the fast-changing situation.

“Our priority is the safety and security of our people.

“We are accounting for all our team and will continue to support them and provide any help they need. BP will, of course, comply with all relevant sanctions.”